About LadyAndTheTrack.com
LadyAndTheTrack.com is a news site and beginner’s guide to the exciting world of horse racing. Here you can easily read daily updates on everything happening in horse racing to help you become a fearless lady at the track. Learn how to confidently bet like the big boys with our easy to follow guides while looking fantastic and fashionable at the same time!

Lady and The Track has been featured on industry leader horse racing news sites such as the Paulick Report and America’s Best Racing. Lady and The Track was awarded the 2014 Equestrian Digital Award by the ESMAS for content, user experience, and visual design. 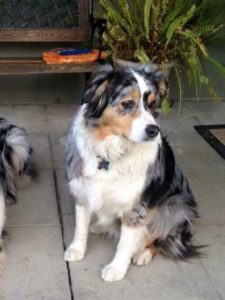 About Margaret Ransom, Lady and the Track’s Editor:
California native and lifelong horsewoman Margaret Ransom is a graduate of the University of Arizona’s Race Track Industry Program. She got her start in racing working in the publicity departments at Calder Race Course and Hialeah Park, as well as in the racing office at Gulfstream Park in South Florida. She then spent six years in Lexington, KY, at BRISnet.com, where she helped create and develop the company’s popular newsletters: Handicapper’s Edge and Bloodstock Journal.

After returning to California, she served six years as the Southern California news correspondent for BloodHorse, assisted in the publicity department at Santa Anita Park and was a contributor to many other racing publications, including HorsePlayer Magazine and Trainer Magazine. She then spent seven years at HRTV and HRTV.com in various roles as researcher, programming assistant, producer and social media and marketing manager.

She has also walked hots and groomed runners, worked the elite sales in Kentucky for top-class consignors and volunteers for several racehorse retirement organizations.

In 2016, Margaret was the recipient of the prestigious Stanley Bergstein Writing Award, sponsored by Team Valor, and was an Eclipse Award honorable mention for her story, “The Shocking Untold Story of Maria Borell,” which appeared on USRacing.com. The article and subsequent stories helped save 43 abandoned and neglected Thoroughbreds in Kentucky and also helped create a new animal welfare law known as the “Borell Law.”

Margaret’s very first Breeders’ Cup was at Hollywood Park in 1984 and she has attended more than half of the Breeders’ Cups since. She counts Holy Bull and Arrogate as her favorite horses of all time. She lives in Robinson, Texas, with her longtime beau, Tony, and manages the non-profit horse Rescue The Bridge Sanctuary. | Twitter