Ransom The Moon Rises to Victory in Bing Crosby 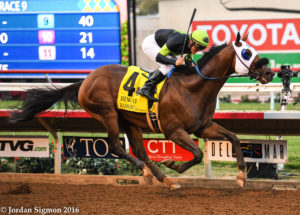 Agave Racing Stable or Wilke’s Ransom the Moon on Saturday earned himself a spot in the gate for the Nov. 4 Breeders’ Cup Sprint (GI) with a 1 ½-length victory under jockey Flavien Prat in the $300,000 Bing Crosby Stakes (GI) at Del Mar, a Breeders’ Cup Challenge “Win and You’re In” event.

Though the talented 5-year-old son of Malibu Moon is on the improve, having captured the Kona Gold Stakes (GII) at Santa Anita in May before posting a second in the San Carlos (GII) last month, he may have most benefitted from the fact that highly regarded defending Breeders’ Cup champ Drefong made a sharp left turn coming out of the chute, causing rider Mike Smith to bail off and eliminate one of the more 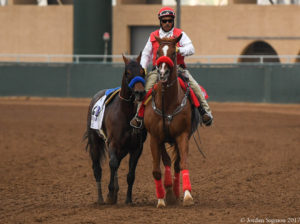 Whatever the reason, the Phil D’Amato trainee picked up the biggest victory of his career and a $180,000 paycheck under regular jockey Flavien Prat and brought… (more)