196 Horses, Including a Record 56 International Runners, Set for Two-Day Marathon

The pre-entries for the November 5 and 6 Breeders’ Cup World Championships, set to be held on November 5 and 6 at the Del Mar Thoroughbred Club, were released on Wednesday and the names of 196 horses — including a record 56 from overseas — were dropped into the entry box for the tw0-day event worth more than $31 million.

Of the 196, 46 received automatic berths via victories in Breeders’ Cup Challenge “Win & You’re In” events scheduled throughout the year. 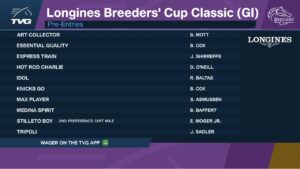 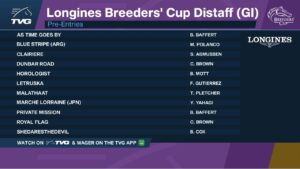 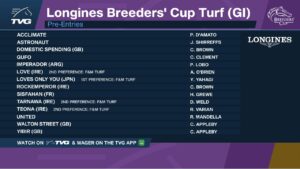 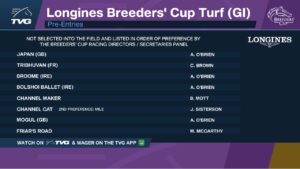 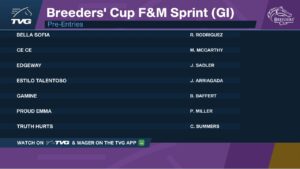 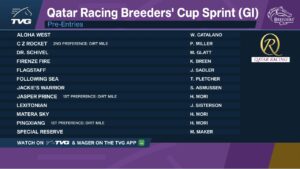 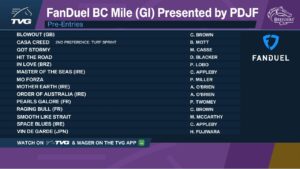 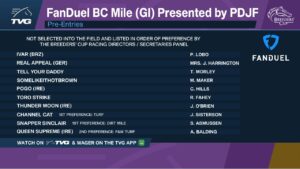 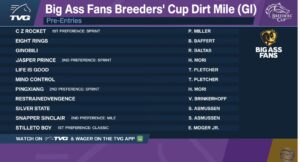 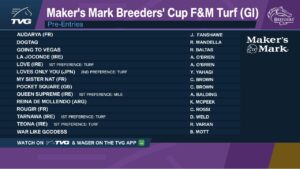 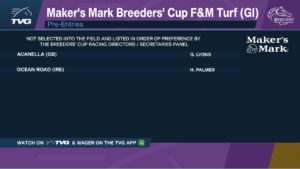 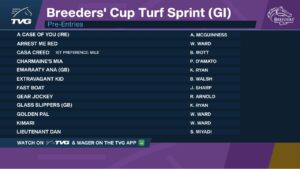 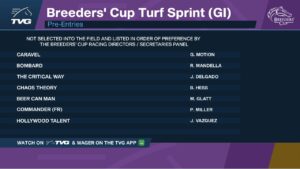 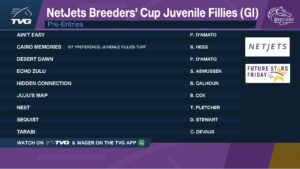 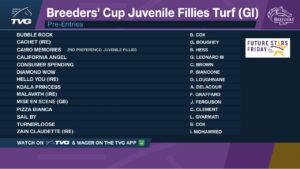 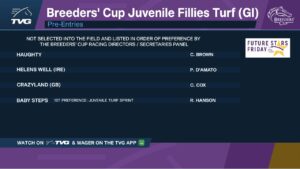 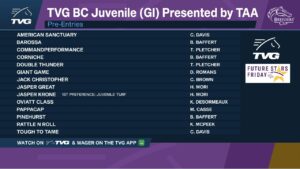 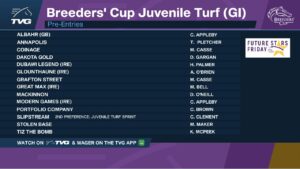 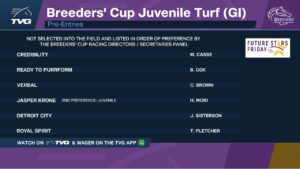 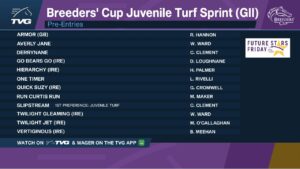 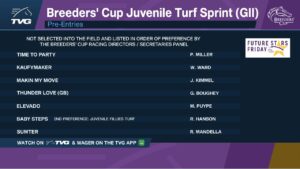 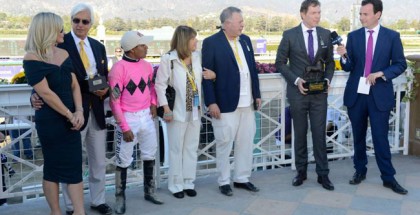 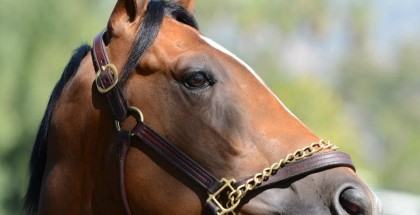 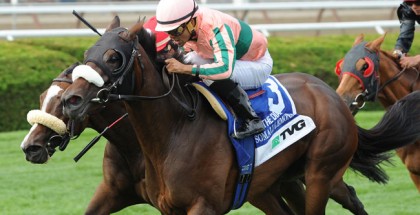