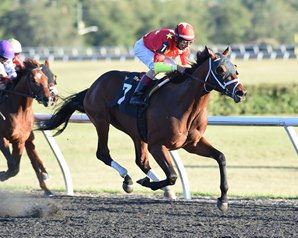 The path to the Kentucky Derby (GI) for Todd Pletcher’s Master Plan has led him straight to the desert, where he takes on 15 other 3-year-olds in the UAE Derby (GII) at Meydan on Dubai World Cup night. Among the notable runners lining up to face him are Epicharis, Thunder Snow and Lancaster Bomber.