Opening day of the 75th horseracing season “Where Turf Meets The Surf” kicked off Wednesday July 19, 2012 at Del Mar Racetrack. The day was filled with excitement and glamour as men came out in their best suits while the ladies wore designer dresses, hats, and fascinators.

The highlight of opening day at Del Mar Racetrack was of course the fabulous hat contest. The hat contest/fashion show has been labeled “One and Only Truly Fabulous Hat Contest”. Prizes were given for funniest hat, best race theme, most glamorous, most outrageous, best flowers, and my personal favorite, best fascinator. All entrants to the hat contest received free tickets to visit Del Mar Racetrack at a later date. An estimated 500 participated entered the 18th annual “One and Only Truly Fabulous Hat Contest” at the seaside racetrack.

Glamorous race fan and fashionista Lori Thomas Ingram attended opening day of “Where Turf Meets The Surf” and plans to visit Del Mar again throughout it’s 75th season. She stated, “My favorite part of opening day is the people watching and the creative outfits the men and women come up with.” Mrs. Ingram was a very lucky lady at the Del Mar racetrack. She added, “The horse I bet on and won was Lakerville and the jockey was Garret Gomez. I also picked race #3 winner (where I won $170) on Big Son of a Gun.” Mrs. Ingram and her husband also managed to visit the owners circle to round off their Del Mar experience.

In addition to the fashion and fearless betting, there is an amazing concert series lined up for the 2012 75th Del Mar season. Artists set to perform are surf band The Wavves on July 20, Dashboard Confessional on July 27, Los Tucanes de Tijuana will perform on July 29, Steel Pulse on August 3, Cake Aug 4, The Offspring rock out on August 10, Michael Franti and Spearhead perform on August 17, Ben Harper on Aug 18, Jimmy Cliff will perform August 24, Ozomatli will perform Aug 31, and Ziggy Marley is set to take the stage on September 1. Other performers will be announced at a later date for the “Party at The Paddock” scheduled for September 5.

The 18th edition of the “One and Only Truly Fabulous Hats Contest” at Del Mar. 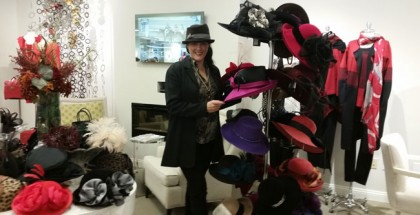 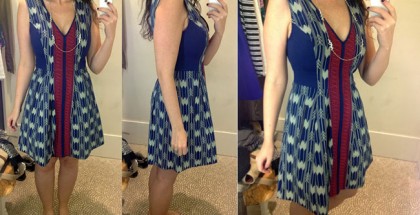 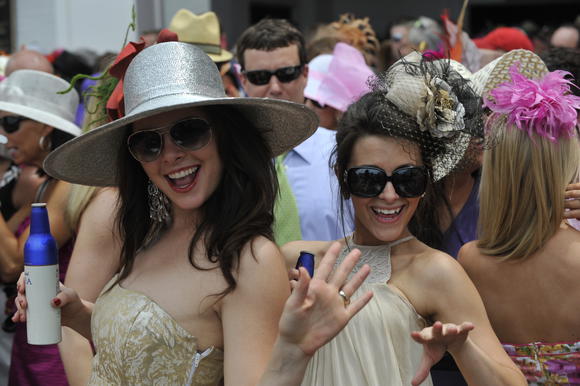 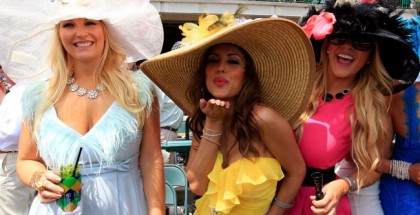