Baffert Sends Out Favorite For Both Divisions

This year’s Rebel Stakes (GII) at Oaklawn Park drew an overflow field of 19 when entries were taken on Wednesday, allowing the Hot Springs oval to split the 1 1/16-mile feature into two divisions. The split wasn’t unexpected, however, as track officials a week earlier devised a plan for displaced Derby hopefuls from California to run and get their much-needed preps while earning a chance at decent purse money and Derby points to make the gate on the first Saturday in May.

The split also means the Rebel, originally a $1 million race, is now worth $1.5 million, with each division offering $750,000 and 63.75 qualifying points for the Kentucky Derby to the top four finishers on a 37.5, 15, 7.5 and 3.75 basis. The traditional prep for the Arkansas Derby (GI) in a month has now also become the most exciting Kentucky Derby prep of the year before the divisions are even run. 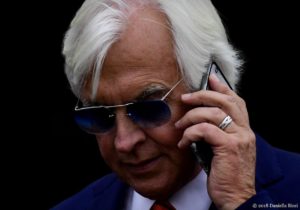 Hall of Famer Bob Baffert sends out Gary and Mary West’s undefeated Breeders’ Cup Juvenile (GI) champion Game Winner as the favorite against nine other sophomores in the second division, which has been carded as the 10th on the day. The conditioner also sends out the favorite for the first division – set as the 8th of the day – in Los Alamitos Cash Call Futurity (GI) winner Improbable, who is highly regarded and looks strikingly similar to last year’s Triple Crown winner, Justify, both in the fact they boast the same connections (and silks) and are flashy white-faced chestnuts. The son of City Zip will face eight rivals.

Both horses were set to make their sophomore debuts in the San Felipe Stakes (GII) at Santa Anita before the Southern California track closed down due to a rash of injuries and euthanized horses. Game Winner and Improbable were flown to Arkansas Wednesday from their Southern California base on a flight that also also carried fellow Rebel runners Extra Hope, Omaha Beach, Galilean, Gunmetal Gray, Parsimony and Easy Shot.

Baffert is the Rebel’s leading trainer with six winners, all coming within the last nine years – Lookin at Lucky, 2010; The Factor, 2011; Secret Circle; 2012; Hopportunity, 2014, American Pharoah, 2015; and Cupid, 2016. We all know what American Pharoah went on to do after winning the Rebel and the Arkansas Derby (GI).

“They’re going be tough, those preps,” Baffert said. “It will be tough to win one. We’ll see what happens.” 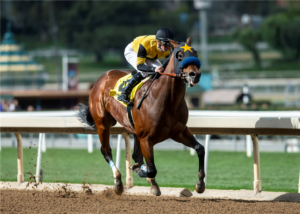 Galilean is the early second choice in the first division for fellow Hall of Fame trainer Jerry Hollendorfer. A California-bred son of champion Uncle Mo, Galilean is coming off a win in the the $200,000 California Cup Derby at Santa Anita on February 8. The West Point Thoroughbreds-owned colt, a $600,000 Barretts 2-year-old purchase, also won the $100,000 Barretts Juvenile Stakes to break his maiden.

Hollendorfer will also be represented by Sham Stakes (GIII) winner Gunmetal Gray in the second division off a second last out in the Robert B. Lewis Stakes (GII).

“Galilean, the original plan was to run in the Rebel,” Hollendorfer said. “We had considered several different races for Gunmetal Gray, including the San Felipe, which was canceled. Once we found out the availability might be to split the race, then we were interested in sending Gunmetal Gray.”

Hall of Famer and nine-time Oaklawn training champion Steve Asmussen will be represented by six runners in the Rebel, two in the first division and four in the other. The Oaklawn racing office, who has made few mistakes in setting up this race, admitted their error in not splitting the races evenly between both races, but decided not to redraw. Remington Park Springboard Mile winner Long Range Toddy is in the first division for owner Willis Horton after Long Range Toddy finishing second in the $ Smarty Jones Stakes on January 25 and third in the $500,000 Southwest Stakes (GIII) on February 18. 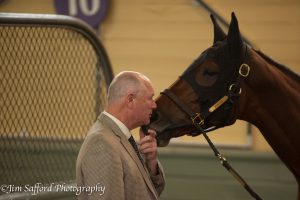 Another Hall of Fame trainer, Richard Mandella, sends out a pair, one in each division. The conditioner, who hasn’t had a Derby starter since 2004, will tighten the girth on Jay Em Ess Stable’s Extra Hope, who crushed an allowance race in his last start on January 31. The son of Shanghai Bobby, who was third in the Los Alamitos Futurity (GI), will get the services of Mike Smith.

Mandella also sends out the promising Omaha Beach, who crushed a maiden field by nine lengths at seven furlongs on February 2. The son of War Front is owned by Rick Porter’s Fox Hill Farm. 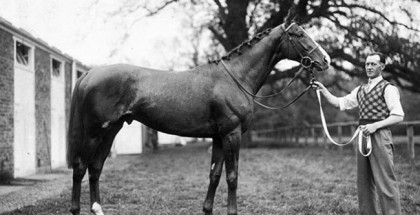