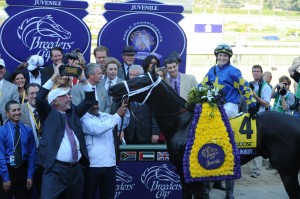 Breeders Cup Juvenile Champion and Eclipse Winner Shanghai Bobby is a fan favorite for the 2013 Holy Bull at Gulfstream Park.

The undefeated Shanghai Bobby is carefree and confident for the 2013 Holy Bull Stakes that takes place at Gulfstream Park on January 26, 2013. After taking home the Eclipse award for two-year-old horse of the year, Shanghai Bobby is the most popular player in a field full of leading horses!

Fans of Shanghai Bobby and Starlight Racing are thrilled after Saturday night’s Eclipse Award win. Everyone is buzzing with anticipation to see what “Bobby” will bring to the track for his 2013 three-year-old debut! According to his connections, Shanghai Bobby is the Prom King of the 2013 Holy Bull Stakes! 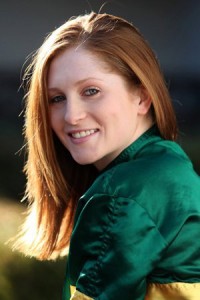 Jockey Rosie Napravnik teams up with Shanghai Bobby for the 2013 Holy Bull on January 26.

World famous jockey Rosie Napravnik described Bobby as, “He’s a kid that’s really, really good looking but he hasn’t figured it out yet. All the girls like him and he doesn’t even notice that they’re looking at him. He doesn’t really study or apply himself in class but still gets straight ‘A’s. Things just come easily for him and he doesn’t seem to have a care in the world. He’s the most talented quarter back in his high school division but isn’t even thinking about college yet!”

In preparation for the 2013 Holy Bull owner Jack Wolf told Lady and The Track, “Shanghai Bobby’s jockey, Rosie Napravnik has described Bobby as being ‘like a 15 year old teenager who may be the most talented football player on the field, but he doesn’t know it’, which seems about right in that I think the two year olds are like high school athletes and the three year olds are more like college players. The Holy Bull stakes will be Bobby’s three-year-old debut and we can only hope that he’s matured to more of college age athlete than a high school player. We’ll find out soon.”

The 2013 $400,000 Holy Bull Stakes is for three-year-old males and is run on a dirt track at 1 1/16 mile. Trainer Todd Pletcher worked Shanghai Bobby at Palm Meadows Training Center in Boynton Beach, Florida on Sunday and said that the dark bay/brown colt is right on schedule for the Holy Bull.

Shanghai Bobby has won five out of five races in his career. His fifth win was the Breeders’ Cup Juvenile on November 3, 2012. Starlight Racing, Mrs. John Magnier, Michael B. Tabor and Derrick Smith are Bobby’s owners. He is out of Harlan’s Holiday and Steelin’. Todd Pletcher is Shanghai Bobby’s trainer. His loyal jockey is Lady and The Track’s personal hero, Rosie Napravnik!

Shanghai Bobby is up against a field full of accomplished horses trying to make their way down the 2013 Kentucky Derby Trail. Shanghai Bobby currently is in 2nd place on the leader board with 20 points behind Goldencents who has 24 points. Whoever places first in the 2013 Holy Bull will receive 10 points, second place receives 4 points, third place receives 2 points, and forth place receives 1 point.

Lady and The Track would like to wish Starlight Racing, Mrs. John Magnier, Michael B. Tabor, Derrick Smith, Jack Wolf, the beautiful Rosie Napravnik, and the amazing Shanghai Bobby the best of luck during the 2013 Holy Bull Stakes. The Lady and The Track team will be there personally to root you on! I may even dig out my old prom dress to get into the Shanghai Bobby “High School Quarter Back” spirit of things! 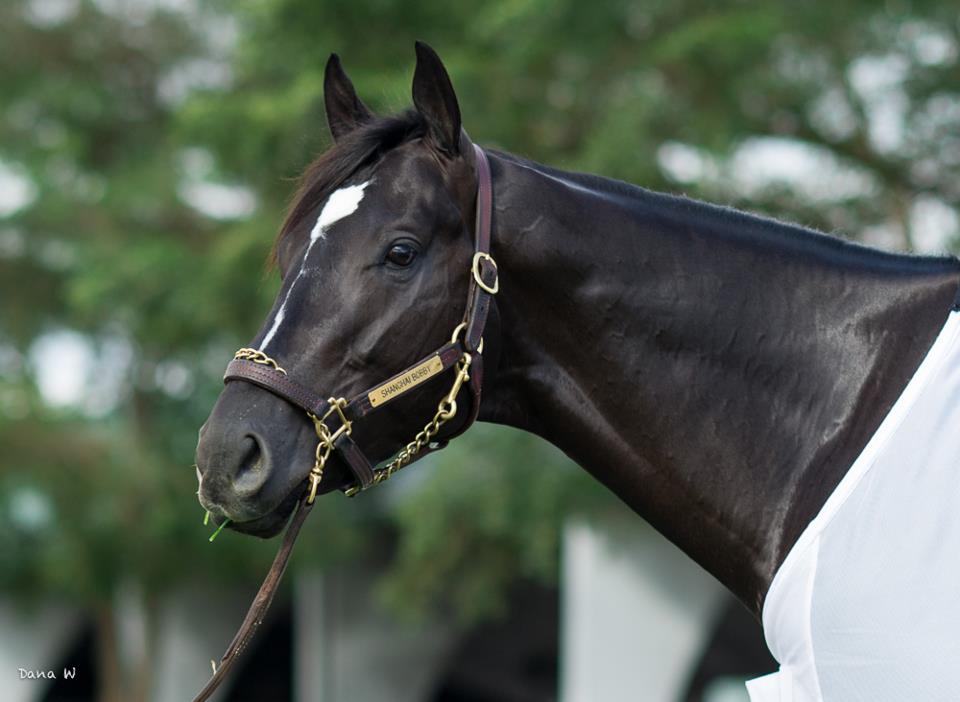