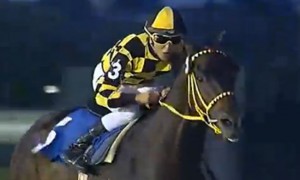 Since the start, Sir Fever was sent to the front but Fletcher didn’t let it out and set in second place ¾ lengths behind the leader while Malandrino stalked patiently in third place. When the horses approached the stretch, Fletcher showed his talent and tried to pass over, but Sir Fever demonstrated the heart of the champions and accelerated to pull away several lengths to win the race. Fletcher in a creditable performance was second, Malandrino third, and Basko Hy fourth. The winner Sir Fever was received by the crowd with great applause, a gesture that is dedicated to champions in Uruguay.

Sir Fever, a 3-year-old son of Texas Fever – Sirina (Arg) by Rainbow Corner (GB), clocked the 2500 meters in 2:37.07 and now is unbeaten in 10 starts after becoming the new Triple Crown winner. Interestingly Sir Fever and Invasor have two similarities, both won the Triple Crown with an undefeated record, and both have the same fifth dam, Umbella (GB)

In a very exciting celebration, Sir Fever’s team accompanied by their relatives and friends took a photo with the champ in the Winner’s Circle and received trophies and prizes. The celebration ended with fireworks.

Lady and The Track congratulates Sir Fever’s amazing team including his owners, jockey, trainer, groom, vets and all those people who collaborate to achieve the Triple Crown goal. We wish Sir Fever a bright future throughout the remainder of his career.

Bedtime Stories From The Pasture; A must read for all! 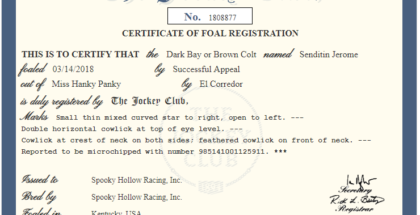 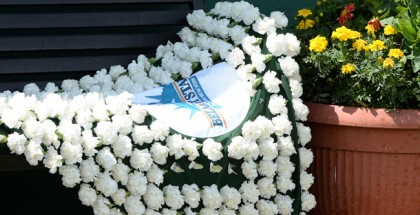 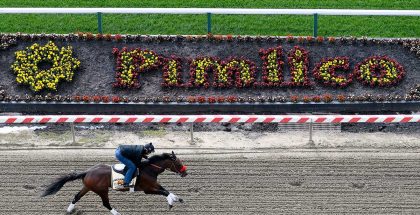