Home » News » Stallion Feature: The Sky is the Limit for Sky Mesa
No Comments

Stallion Feature; The Sky is the Limit for Sky Mesa: Sky Mesa, a stallion standing at Three Chimneys Farm, has made leaps and bounds from his 2013 rankings. This year, Sky Mesa is ranked #22 on the General Sires list, as compared to #51 last year. Sky Mesa has jumped this far thanks to his 13 stakes winners in 2014, 5 graded stakes winner, and 1 graded/group stakes winner. With 216 runners throughout the year, Sky Mesa has started to earn more respect as a precocious two-year-old sire. Of his five graded stakes winners this year three are juveniles, helping Sky Mesa amass $6,100,460 in earnings for the year. 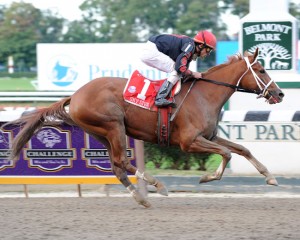 Looking at pedigree, Sky Mesa was bred to run and be successful. Son of the mighty Pulpit and out of the multiple graded stakes winning Storm Cat mare, Caress, Sky Mesa was pure class. As a racehorse, Sky Mesa was a two-time grade one winner, but only raced six times in two short seasons. At two, Sky Mesa won his first three starts, which included the G1 Hopeful and the G1 Lane’s End Breeders’ Futurity. Aiming for the G1 Breeders’ Cup Juvenile, the colt was scratched from the race due to an injury he sustained to his right front ankle. After returning to training, the colt injured his heel, causing him to miss the entire Triple Crown trail. Upon his return, he finished third in the G3 Dwyer. Sadly, the horse never won another race, finished second in the G1 Haskell Invitational, and then off the board (6th) in the 2003 Travers. Following the Travers, he was found to have a foot bruise, which became the cause of his retirement to Three Chimneys Farm. He entered stud in 2004 for a fee of $30,000.

Now a sire of 8 crops of racing age (9 as of January 1), Sky Mesa has sired 17 graded stakes winners and 45 stakes winners. In those crops, Sky Mesa has had a Kentucky Derby starter in General Quarters. Other than that, most of Sky Mesa’s top runners have been juveniles who seem to sizzle out after their first season on the track. However, he does have recent grade three winner Dynamic Sky, who won the Red Smith at 11F (1 3/8 miles). Dynamic Sky and grade three stakes winner Sky Captain seem to be the exception to distance runners. Sky Mesa has consistently sired sprinter/miler types. Just this year, his son Skyway has won the G2 Best Pal at 6.5 furlongs, and his daughter Ol’ Fashion Gal won the G3 Jimmy Durante at 8F. His offspring find homes on all surfaces and are extremely versatile, but like stated before, tend to fizzle out after their inaugural season.

Sky Mesa is only fourteen and seems to have many years of stud duty ahead of him. Breeders continue to support the stallion, as he was reportedly bred to 97 mares in 2014, and his stud fee is $20,000, showing that he still throws quality horses. His sales averages are reasonable; as his yearlings average right over $57,000 and his two-year-olds sell for right under $93,000.

Sky Mesa isn’t as commercially excitable as Tapit, War Front, Bernardini, or Medaglia d’Oro, but he continues to sire nice offspring and bring the breeders to his neck of the woods. Sky Mesa is also doing nicely to continue the Pulpit sire line at a lesser stud fee than his $300,000 counterpart, Tapit. Look for Sky Mesa’s next crop of two-year-olds in the second half of 2015! 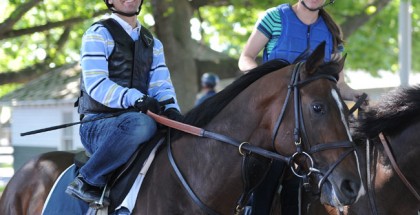 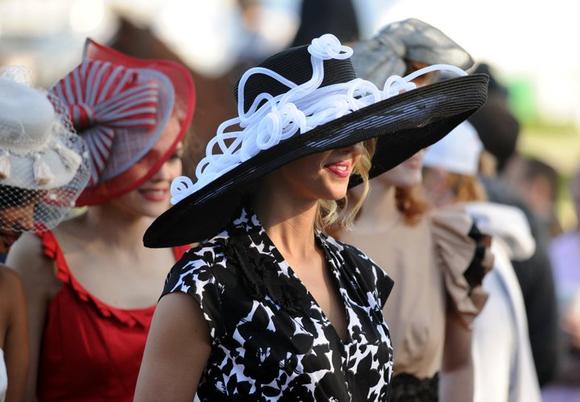