Thank You MaryLou Looms Large in Speed Filled La Brea: The Grade One La Brea Stakes in run the day after Christmas on the opening weekend of Santa Anita Park on Friday, December 26, 2014. The race is for three-year-old fillies that have not won a grade one or two in the last year or winner of a grade one since June of this year. Among the field are graded stakes winners Taris, Thank You MaryLou, Awesome Baby, Stonetastic, and Jojo Warrior. The G1 La Brea is run over Santa Anita’s main track going seven furlong, which is considered a sprint race. 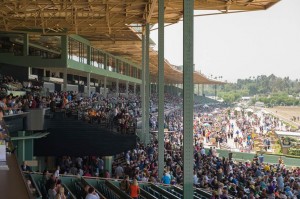 More than half of the field is made up of sprinters who enjoy going to the lead and staying there. The frontrunners on the field include Taris, Uzziel, Awesome Baby, Stonetastic, Amaranth, and Jojo Warrior. That would only leave Sam’s Sister, More Complexity, Ramona’s Wildcat, and Thank You MaryLou who are comfortable to sit off the pace.

Looking at each filly, the race looks to set up for what handicappers call a “bomb,” where the best horses run each other into the ground and an unexpected horse comes from nowhere to win the race, upsetting the race.

Taris is an impressive, lightly raced filly. She has won four of her five starts, including the G2 Lexus Raven Run over seven furlongs at Keeneland, which she won by nine lengths. While she was pressured throughout the race, Taris was able to shake her competition. While the Lexus Raven Run wasn’t as packed with speed here, any filly that can draw away after dealing with pressure in a previous race is a threat.

Uzziel has won four of her ten starts, and is very fast. She is a like a shot out of the gate, but has ultimately failed at each attempt at seven furlongs. She is a listed stakes winner of the Santa Paula Stakes and the Beverly J. Lewis Stakes. Uzziel is based in California, bringing home court advantage the La Brea.

Thank You MaryLou was very active on the 2014 Kentucky Oaks trailer earlier in the year, winning the listed Any Limit Stakes and finished third in the Ashland (G1) before moving on to finish fifth in the Kentucky Oaks behind Untapable. Later in the year, Thank You MaryLou won the G3 Dogwood Stakes at a 5-1 odds. She was also third in the G2 Lexus Raven Run behind Taris and third in the G1 Breeders’ Cup Filly & Mare Sprint. With all the speed in the race, this race could set up perfectly for this Ramsey-owned filly.

Awesome Baby is coming into the race off a very long layoff. Her last race, which she won, was the listed Sunland Park Oaks, going 8.5 furlongs. Awesome Baby likes to get to lead and relax before spurting away in the homestretch. She has won four of her six starts, but returning off the layoff to graded stakes competition may not be the smartest move for Baffert’s little filly, especially since she will not get the easy lead she likes.

Ramona’s Wildcat only has two wins in five starts, but is lightly raced. She is a stalking type, but is seemingly outclassed in this field. She has a listed stakes win at Sunland Park in January, but since then, she not faired so well. She did finish second in the listed Beverly J. Lewis Stakes behind Uzziel, but has since finished off the board in an allowance optional claimer at Del Mar. She is 30/1 on the morning line.

More Complexity is a winner of four of her ten starts, winning her latest start, the listed Betty Grable Stakes. More Complexity is comfortable sitting off the leaders, as she likes to sit midpack in her races. It took this filly six tries to break her maiden since her debut last December. Breaking her maiden in April, she has finished off the board only once, which came in the G3 Torrey Pines stakes, which was won by fellow entrant, Jojo Warrior. More Complexity is improving, but she is outclassed here.

Stonetastic hasn’t won a race since her breakout performance this summer in the G2 Prioress Stakes at Saratoga. She finished third in her attempt to stretch out in the G2 Thoroughbred Club of America Stakes at Keeneland before heading to the Breeders’ Cup, where she finished fourth in the Filly and Mare Sprint. Stonetastic is a dedicated frontrunner and wants to win on the lead. She is likely to break with more than half the field and fight for position down the backstretch of Santa Anita.

Amaranth has four wins in 9 starts but has not won a race past 6.5 furlongs. She did win her last start in the listed Senator Ken Maddy Stakes after rocketing to the lead and never looking back. She shook off some pressure before winning by a small margin going 6.5F on the main track, which was originally scheduled for the turf. Amaranth is likely to fight for position and have to really dig deep to keep going all the way to the wire.
Sam’s Sister is a very lightly raced filly for Jerry Hollendorfer, coming into the race with three wins in four starts. Her last out, she finished last in her first attempt on the turf, going five furlongs. Sam’s Sister is really stretching out here, but is a nice easy price at 8/1 on the morning line. She has a nice pedigree for the seven furlongs as she is by Brother Derek out of an Include mare. She is a stalking type and has succeeded in pressing the pace as well. However, she may be outclassed here.

Jojo Warrior has won three of her seven starts but has actually been off the board one time. This season, she won the G2 Summertime Oaks and the G3 Torrey Pines Stakes. She also finished a close third in the G1 Cotillion behind Untapable and quality sprinter Sweet Reason. Jojo Warrior is the only grade one placed filly in the field, but also likes to do her winning on the front end. The plus for Jojo in the race full of speed horses is that she likes the 8.5F distance, while making and keeping the lead. She has a lot more stamina than most of the fillies in the field, and is a nice 4/1 on the morning line. She may or may not go down to post time favorite, as she could likely outlast these other fillies.

The G1 La Brea is very good betting race and a run one to handicap. I, personally, am not a very avid handicapper, but this race is likely to set up for one of the later running horses. I really am enjoying all the speed to set up for Thank You MaryLou and having Jojo Warrior hit second or third. Taris is going to be tough after her race in the Lexus Raven Run, but her ability to handle all the pressure may be a bit of a concern, as this race is filled to the brim with speedy sprinters.

La Brea 2014 Picks: My final picks for the Grade One La Brea Stakes at Santa Anita on December 26th are Thank You MaryLou over Jojo Warrior and More Complexity. 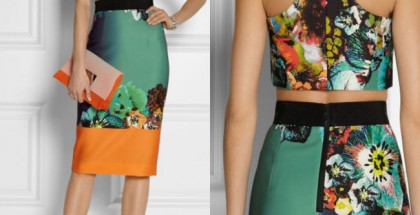 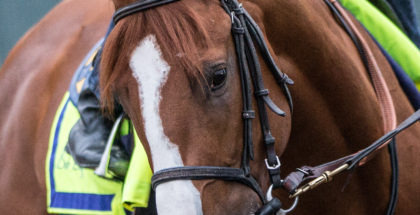 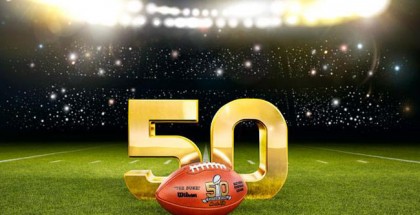