Santa Anita Park Saturday Picks and Plays: Santa Anita Park offers interesting races this weekend with full fields and wide open races. This is an opportunity to hit some horses at very good odds. This week at Santa Anita Park for the Saturday, December 27, 2014 card, we’re analyzing the late pick 4, trying to win some good money before the end of the year. 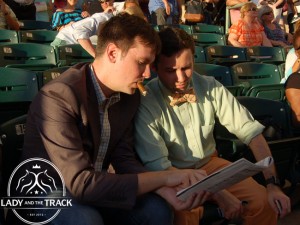 Race #6: 11
Some people don’t like to play a single in the first race of the pick 4 but the truth is that a single should be played where it is. Despite Bolo moving up in class, this field will not stop him. His future races are graded stakes races on the turf in California. In theory, this is a wide open race, but I’m taking some risks and trusting in Bolo’s quality.

Race#7: 5,7,8
The unbeaten Dancingthenightaway is doing fantastic since her debut. Her last race was a paid workout over 5 furlongs on the turf. This time the race is over 7 furlongs but it seems she has enough gas to handle the distance. The lightly raced Sky Mega improved a lot in her last race, beating Fascinating, a Baffert’s filly who won in her next race. She was the favorite in the race where Dancingthenightaway broke her maiden. The mare Mum’s Truckee could take advantage of a speed duel in this race since there are too many speedy fillies in this field.

Race#8: 11,2,4,6
This is a wide open race where everyone has a chance to win, so we’re trying to hit an upset. Rusty Slipper has raced well at Santa Anita, including her last race, the Breeder’s Cup Fillies & Mare Turf. In that race she was 10th but only 5 ¾ lengths to the winner. This field is weaker, so she’ll be in the mix this time. True to her name, Three Hearts won her last race showing great heart in her debut in California. She cuts back in distance, which could benefit her. Diversy Harbor is working extremely well and her second place to Lexie Lou accredits her. Gary Stevens, a jockey who knows her very well, is in the saddle again. Scooter Bird is in good shape. She was flying in the stretch in her last race, and this time not will be the exception.

Race#9: 5,11,1
The millionaire horse Cyrus Alexander is trying again to break his maiden and is playing the role of heavy favorite. This ½ brother of Super Saver is improving race by race and looks like the logical choice. Prospect Park is a horse I’ve been following since his debut, but always has troubling trips. This horse with a clean trip will be very tough to beat and he also has experience facing great runners. If the pace turns hot, Second Summer will roll late and probably catach them if he reproduces his last effort.