Casino Dan Looks For Winning Hand at Turfway: Somewhere on a farm near Lexington, Wise Dan rests comfortably and awaits next year’s campaign. His connections plan to bring back the two-time Horse of the Year in February. Meanwhile, the same trainer and owner plan to start half-brother Casino Dan in a one mile allowance race at Turfway Park on New Year’s Eve. 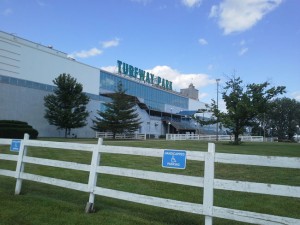 Half-brother to Wise Dan, Casino Dan, is set to run in a one mile allowance race at Turfway Park on New Year’s Eve. Photo: Reinier Macatangay

Casino Dan never matched the success of his more famous sibling, or even the other well-known sibling Successful Dan. The overall record for Casino Dan stands at 17-2-2-3 while competing mostly at the allowance and optional claiming levels.

His Turfway Park record currently stands at 1 for 1. That win came almost three years ago, when Casino Dan made a six wide move en route to breaking his maiden in a Feb. 2012 start. After losses and layoffs, the next win came over two years later competing in a turf route at Churchill Downs.

Perhaps surprising is the fact Casino Dan has been offered for a tag for two out of his last three starts. Three races ago, trainer Charles LoPresti and owner Morton Fink offered the well-bred gelding for a tag despite racing at the optional claiming level. Casino Dan finished 10th out of 10.

Two starts ago, Casino Dan finished fourth in a Keeneland allowance for no tag, before being dropped to a regular claiming level at Churchill Downs and finishing fourth again.

Trained by Ken McPeek, Arctic Slope finished third in the G1 Breeders’ Futurity at Keeneland last year. The three-year-old Van Nistelrooy colt struggled in subsequent graded stakes efforts, finishing sixth in the Kentucky Jockey Club and seventh months later in the Spiral S. on this racetrack. Since then, Arctic Slope recorded one ninth place finish on dirt at Oaklawn Park and two seventh place finishes on turf at Churchill Downs before winning on this track. His past form indicates a closing or stalking running style.

The morning line then points to Perfect Title on the rail, a loser of eight straight races dating back to June last year. Transferred from trainer Dallas Stewart to the Kelly Ackerman barn, the Perfect Soul colt’s past performances hint at a deep closing style. In five out of his last ten starts, he ran at least more than ten lengths behind after the first call.

With a lack of early speed in this race, Mr. Chow is set to capitalize for trainer Thomas Humphries. Before struggling on dirt at Churchill Downs, the English Channel colt displayed an affinity for leading or challenging for the lead. His most recent win resulted in a wire-to-wire effort on Churchill Downs turf three months ago.

Free BRIS past performances for this race can be found here.

Next Up! Jerome Stakes 2015 at Aqueduct 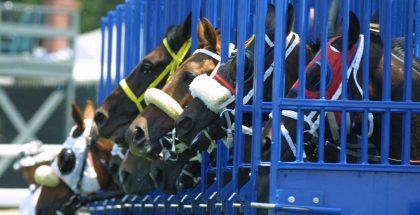 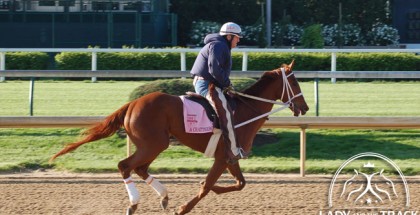 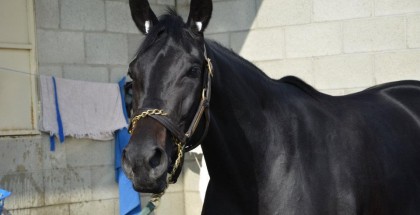 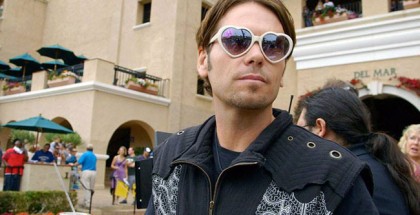