Runhappy Gains Fans With Crazy Maiden Win: When racehorses win with trips that look visually insane, the video generates a lot of views. For example, Spicer Cub nearly won a race at Pimlico almost two years ago with a crazy run that involved running through a small space between a parked starting gate and outer rail! The YouTube video for that race attracted over 148,000 views.

Just a few days ago, a three-year-old Super Saver colt named Runhappy broke his maiden at Turfway with also a visually stunning performance. Right now, the video count for his maiden win stands at 27,422. To put that number in perspective, the last four Spirial Stakes replays failed to get that many views, even though the popular Animal Kingdom won one of them!

According to the Equibase chart, Runhappy “broke awkwardly, took over command, drifted out entering the quarter pole, veered out twice in the stretch while very green and continued to widen late in the stretch run.”

As Runhappy moves along the rail, the field stays in place without any response. On the turn, jockey Adrian Garcia attempts to keep a straight path through encouragement and whipping, and ultimately fails. But, Runhappy’s lead became so large his antics ended up not mattering.

The YouTube count is not the only impressive outcome of Runhappy’s win. His owner, James McIngvale runs a Facebook Page and posted the link for the race, and there are 2,005 likes, 361 comments and 103 shares underneath the embedded video. The furniture businessman sounds very enthusiastic about his horse.

“I want to share with you today the video of the first race ever of Gallery Stables’ own Run Happy. He stumbles at the beginning, veers wildly out of place later in the race but still puts on a performance that must be seen. I hope you’ll watch the video below, and i hope you enjoy watching it as much as we did!! NEVER GIVE UP … RUN HAPPY!!” McIngvale wrote on Facebook.

Fans sound excited for this colt’s future as well. One poster on thoroughbredchampions.com thinks “This horse could be a potential monster.” Another commenter expressed concern about the field quality.

Runhappy comes from a modest pedigree on the female side, as dam Bella Jolie competed as a claiming horse. The second dam never started and the third dam Mimi La Sardine also ran as a claimer.

With this win at the maiden special weight level, Runhappy already outran his bottom side pedigree, and gains a notable fanbase. 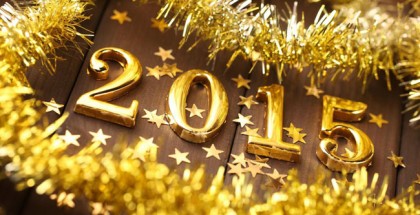