Keeneland January Mixed Sale 2015 Session Three and Four: The New Year has begun and the newly turned yearlings and mares about to drop their foals are ready for the sales. Millions of dollars are spent yearling for the best bloodstock that money can buy. Keeneland has sold some of the best horses to grace a racetrack, and now, buyers have another chance to find the next great one. The January Sale at Keeneland has a mixture of horses of all ages, such as yearlings, broodmares, and racing or broodmare prospects. The sale will take place on the historic grounds of Keeneland Race Course over the four days that will stretch from January 12-15. 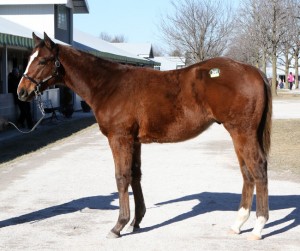 The January Sale at Keeneland has a mixture of horses of all ages, such as yearlings, broodmares, and racing or broodmare prospects. The sale will take place on the historic grounds of Keeneland Race Course over the four days that will stretch from January 12-15.
Photo: Keeneland photo

Hip 836 – Pomaria – Pomaria is a daughter of top sire War Front and is offered in the sale as a Broodmare prospect only. With a pedigree that will make a lovely broodmare and a distaff line that consists of Belmont winner Conquistador Cielo and Mr. Prospector, Pomaria should cross well with multiple stallions. Her dam, Robust, is also a half sibling to Belmont Stakes winner Danzig Connection.

Hip 1037 – Yearling Filly – The Eskendereya filly is likely not to be a sales topper, but has a quality pedigree that should make her a fine racehorse or breeding prospect down the road. Out of the Seeking the Gold mare, Diamond Tags, the filly has the pedigree to be able to get longer distances. With not much to judge the first two dams on, the third dam in the pedigree is a full sister to Personal Ensign and Personal Flag. Becoming a quality racehorse should not be a problem for this filly.

Hip 1112 – Yearling Colt – This colt is from the second crop of Belmont Stakes and Breeders’ Cup Classic victor, Drosselmeyer. He is the first foal from his dam, Japanese Garden, by Maria’s Mon. While there is some graded stakes horses scattered throughout the pedigree, the colt is not royally bred by any means. However, this colt has a pedigree that could easily scream “Kentucky Derby horse” to someone. With horses such as Distorted Humor, Maria’s Mon, A.P. Indy, and Forty Niner in his pedigree, he easily will be able to be a long winded dirt horse.

Hip 1361 – A Little Action – this Quiet American mare was unplaced in two seasons on the racetrack. She is bred well with miler speed over quality stamina, which will cross well down the road with many stallions. Out of the Seattle Slew mare, Little Venice, A Little Action has a good chance to be a quality broodmare. She is offered in foal to quality turf miler, Get Stormy. Her dam is a half sibling to grade one winner Peeping Tom, winner of the Carter Handicap. The mare should make a nice addition to a breeding operation.

Hip 1470 – Forest Whispers – this mare is a full sister to the grade one winner of the Carter Handicap, Forest Danger. Both are by Forestry out of the Ice Age mare, Starry Ice. Forest Whispers produced her first foal in 2010, which so far, is her only foal to reach the track. Named Midnight Magic, the colt has won. The mare has a 2015 juvenile by Ghostzapper and a 2015 yearling by Tiz Wonderful. This season, she is in foal to Belmont Stakes runner-up, Dunkirk. The mare should produce a quality foal if all goes well.

Hip 1482 – Yearling Colt – This colt by Super Saver is from his third crop. The colt is out of the Vindication mare, Golden Desert, who has one foal to race. The third dam in the colt’s pedigree, Desert Stormer, won the Breeders’ Cup Sprint and produced Sahara Gold, grade two winner. Sahara Gold produced multiple graded stakes winner, Better Lucky, who was also second in the 2014 Breeders’ Cup Filly & Mare Sprint to Judy the Beauty. This colt should have no problem getting middle distances when he matures.

Hip 1518 – Yearling Colt – This colt is from the second crop of Wilburn. Wilburn is half to black-type winner Beethoven. This colt is out of the Silver Charm mare, Island Shadows. The colt’s third dam would be the most important in the distaff line. Quiet Dance is a blue hen. She has produced multiple graded stakes winners and graded stakes contenders, including Saint Liam, Quiet Giant, Dance Quietly, and Miss Besliu. With a lot of speed and stamina in the colt’s pedigree, he is likely to find middle distances to his liking. 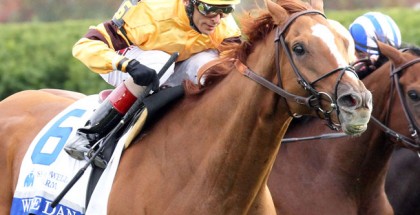 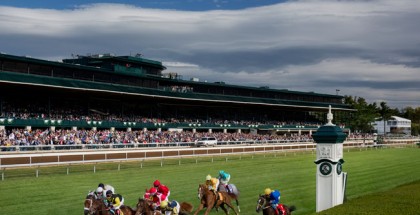 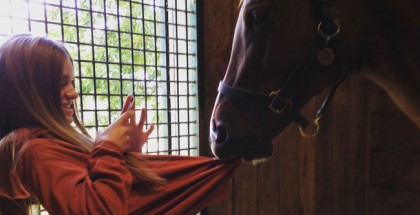