Oaklawn Park Picks and Plays Saturday, April 11, 2015: This weekend, all eyes will turn to Oaklawn Park where the last Grade I of the Kentucky Derby trail will be contested, the Arkansas Derby. With the presence of the well-known American Pharoah, the race has been receiving a lot of attention. Besides the Arkansas Derby, there are some interesting races to enjoy. This week we will be analyzing the best races at Oaklawn Park on Saturday while playing some Pick 3 and Daily Doubles to have fun and – why not – to win some money. 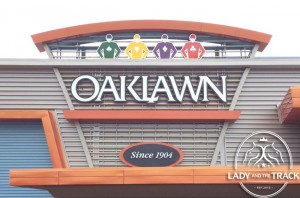 The Oaklawn Handicap on Saturday, April 11, 2015 is the 7th race of the day and features 4-year-old colts Tapiture and Race Day. Photo: LATT

Oaklawn Handicap (GII)
7) 2, 7, 1
Sammy Mandeville beat a weak field in his last race, it is true, but the way he smashed that field suggests that he is a serious horse. In addition, he almost beat Catch a Flight on February 13 at Santa Anita. Catch a Flight went on to run very well in the Santa Anita Handicap, finishing in third place. Sammy Mandeville will also appreciate the distance here of nine furlongs. Hard Aces was a decent fourth in the Santa Anita Handicap, and now his chances increase drastically since he is dropping in class. Race Day deserves the favoritism, but my concern is the distance. He recorded a fast time in the Razorback (GIII) at Oaklawn, but he had trouble catching Midnight Hawk, a Baffert trainee known for his distance limitations. Does Race Day really want to go 1-1/8 miles? I’m not convinced, but he must be included in plays because he is the “now” horse.

Instant Racing Stakes
8) 5
It is time for Promise Me Silver to prove she is the real deal. The Texas-bred filly is unbeaten in six starts and has looked very strong while running in various minor stakes. Her performance on February 14 at Sam Houston was quite outstanding and gave the impression that she has no limits. This time, the new challenger is Indian Brava, a filly unbeaten in two starts and owning experience over the Oaklawn surface. For cheap wagers, using Promise Me Silver as a single is a good option, but if you want to beat her, add Indian Brava into your plays.

Northern Spur Stakes
10) 3,6,7
After a good effort in the Southwest Stakes (GIII), Hillbilly Royalty is dropping to a listed race against horses with no Kentucky Derby aspirations. Mike Smith gets the mount, and if all goes well, he’ll be eligible to win without using the whip. However, this is horse racing, and stronger favorites have failed in the past, so we’ll try to beat him with two horses. Holiday Man is moving up in class, but the mile is the perfect distance for this horse, and Ricardo Santana, Jr., returns to his saddle. Poseidon’s Way lost to the aforementioned Holiday Man as the the favorite of that race, but he should appreciate the decrease in distance.

Arkansas Derby (GI)
11) 6
There is not much to say in this race as American Pharoah will be the overwhelming favorite. If this horse really wants to be considered a legitimate contender for the Derby, he needs to win this race without sweating. The Truth or Else is ready to bounce back with blinkers added and has been working very well at Oaklawn Park. Far Right really loves Oaklawn Park, and Mike Smith knows the colt very well. This horse just needs to hit the board to ensure a spot in the Derby. The Arkansas Derby does not offer any value for betting purposes, so enjoy this race and draw your own conclusions about American Pharoah’s chances in the Derby.