Josh Groban to Perform 2015 Kentucky Derby National Anthem: Renditions of our nation’s anthem are not new to famous sporting events, but with all the celebrities that attend the Kentucky Derby, the guest anthem singer can prove to be a real treat for racegoers. The 2015 guest performer will be the famed and critically acclaimed singer Josh Groban on Saturday, May 2, 2015 at Churchill Downs for the 141st running of the Kentucky Derby. 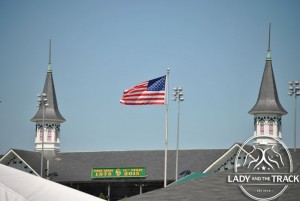 Groban’s performance will take place in the Kentucky Derby’s Winner’s Circle around 5:00 in the evening in order to kick things off right before the race.
Photo: Casey Laughter

For those of us at home who are unable to attend the 2015 Kentucky Derby, Groban’s performance will be live-broadcasted on NBC as part of the Derby coverage.