Brighton Lane Looks Promising for Stallion Hear No Evil: Now that the hype of the 2015 Triple Crown has died down, there is a whole new crop of young racehorses emerging. Many fans get excited when young horses win their debuts and show promise as they head down the road toward the ultimate goal for any horseman, the Kentucky Derby. There are some youngsters already making impressions with stakes wins, but one Florida-bred colt won his debut after overcoming trouble and showing that he is more than a sprinter.

There are some youngsters already making impressions with stakes wins, but Florida-bred Brighton Lane won his debut after overcoming trouble and showing that he is more than a sprinter. Photo: Leslie Martin, Gulfstream Park

Jacks or Better Farm sent out their Hear No Evil colt Brighton Lane in a maiden special weight at Gulfstream on May 29, 2015, in which jockey Jesus Rios was paired with the colt. The pair covered five-eighths in 1:00.33 on a fast track. Brighton Lane was content to sit right off the pace in second and third before prevailing in a duel with Graphite Strike by three-quarters of a length. While the colt was clearly green and inexperienced, he left an impression on his trainer, Stanley Gold.

“He didn’t look pretty doing it. He got the job done, but the jock carried him there. He doesn’t know what he’s doing yet,” Gold noted.

Brighton Lane is a homebred for Jacks or Better Farm, located in Ocala, Florida. As a son of Hear No Evil, the colt should have a good chance to stretch himself further and succeed around two turns. Hear No Evil won at distances ranging from 5-1/2 furlongs to about nine furlongs on the turf, but he also finished second in the nine-furlong Carl G. Rose Classic Handicap on dirt at Calder. The son of Carson City was then about to pass on talent to his offspring. Jackson Bend, a multiple Grade I winner, is a son of Hear No Evil. Jackson Bend won the Grade I Carter Handicap and Grade I Forego Stakes, and he also managed to finish third in the 2010 Preakness Stakes.

Brighton Lane is actually a full sibling to the talented Jackson Bend. Their dam Sexy Stockings is a daughter of the famed Tabasco Cat. Sexy Stockings was solely raced at Calder where she won a maiden and an allowance in seven starts before being retired. She was also bred and raced by Jacks or Better Farm.

Tabasco Cat was a mean-tempered son of Storm Cat. After finishing sixth in the 1994 Kentucky Derby behind Go for Gin, Tabasco Cat returned to win the Preakness and Belmont Stakes for trainer D. Wayne Lukas. Later that year, the colt finished second in the Breeders’ Cup Classic behind Concern. In June of 1995, Tabasco Cat suffered a tendon injury sustained in a workout, forcing him into retirement. He stood his stud career at Overbrook Farm before being sold to Japan. In March of 2004, Tabasco Cat died of a heart attack while in the breeding shed.

Brighton Lane has had three recorded works since his maiden score. All coming at Gulfstream, he is ranking in the top portion of the workouts for each day. His most recent published work was on July 6 in which he went four furlongs in :47.5, the second fastest work of sixteen for the distance.

Pedigree not only shows that Brighton Lane will likely continue to stretch out successfully as he matures, but he will also be a good competitor as he grows older. Another interesting thing to consider is that as Brighton Lane later moves from a racing career to stud duty, he’ll be a commodity since he is a complete outcross, meaning he has no inbreeding within his first five generations. One example of a successful outcross currently available on the stallion market is Awesome Again. With less inbreeding, this is likely to lead to stronger, more durable horses. If Brighton Lane continues to improve, he is likely to become a threat down the road. 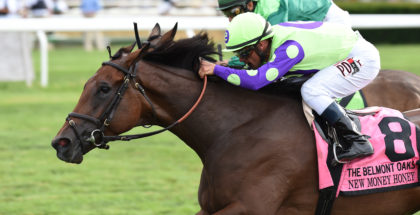 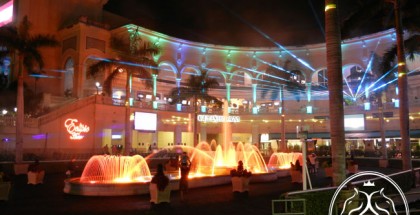 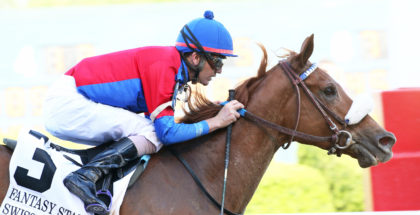