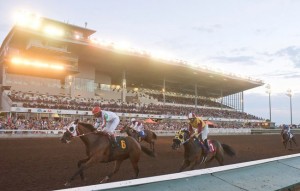 The GII Great Lady M Stakes is named after the D. Wayne Lukas-trained Great Lady M, who is now deceased and had a whopping race record of 58-14-9-7.
Photo: Los Alamitos facebook

The Los Alamitos summer meet is short but sweet and really is a lot of fun. It’s a two-week event set between the closing of Santa Anita and the opening of Del Mar, giving all of us on the West Coast a nice break in the heat of the summer.

On the closing day of the meet, which is Sunday, July 12, there will be the first ever $75,000 Summer Juvenile Championship, the feature race of the day for two-year-olds running 5½ furlongs. So, we have a nice weekend of racing to top off the Los Alamitos meet.

This race is named after the D. Wayne Lukas-trained Great Lady M, who is now deceased and had a whopping race record of 58-14-9-7. That isn’t surprising given how “The Coach” runs his horses. She was a beautiful beast.

We have a field of nine fillies and mares for the Great Lady M, and it looks like we have a few who are going to want the lead. So, the question is, who will go to the lead? Who will challenge the lead? Will it hold? Will one of these ladies coming from off the pace get up in time to win? I’m going with one of the speedsters to hold on as pace makes the race.

Trainer Phil D’Amato was on a roll at the most recent Santa Anita meet. He comes in here with the unbeaten four-year-old Sunday Rules, who has won all five of her races by a combined total of 27¼ lengths. She is stepping it up in class here in going for her first graded stakes win. The daughter of Tribal Rule was most recently the three-length winner going gate-to-wire in the Spring Fever Stakes on May 23 at Santa Anita. She drew post 5 just inside of the speedball Fantastic Style. Can she hold on to the lead from the front to win? You can rest assured that D’Amato will send her to the lead. She has had some super speedy works, and if a few want to go with her to the front, game on.

Bob Baffert’s Fantastic Style will look to give Sunday Rules some company up front. She easily won the Angels Flight on May 16 on this track at seven furlongs by 3¼ lengths over Tara’s Tango. The daughter of Harlan’s Holiday will also be moving up in class and comes in with a record of 5-3-1-1. She’s never been off the board, and I doubt she will be Saturday. She will exit post 6 with Bejarano riding, a scary advantage.

With solid speed up front, I wouldn’t be surprised to see a midpack runner get up and hit the board or possibly beat the frontrunners. If so, I’ll add Warren’s Veneda to the mix. Trained by Craig Lewis, she will be cutting back in distance from a route to a sprint. Her last sprint resulted in a third-place finish in the Betty Grable Stakes last November at Del Mar. Last time out she chased Beholder in the Grade III Adoration Stakes at Santa Anita on June 13, but she only lost by 1¼ lengths. She hasn’t been off the board in her last seven races and became a Grade I winner earlier this year in the Santa Margarita in March, winning in a 7¼-length romp. In her only start at Los Al, she was beaten by Tiz Midnight by a head in the Grade II Bayakoa last December. She will leave gate 7 just outside of Fantastic Style, so just outside all of the speed. Her regular rider Tyler Baze hops off to ride Sunday Rules, a huge red flag in my book. Instead, she gets Joe Talamo in the irons.

This race sets up to have some nice speed up front. I’m going with Sunday Rules to win and get her first graded stakes win. Warren’s Veneda would have a nice shot if this race were longer; the 6-1/2-furlong distance is slightly disconcerting. I think she’ll definitely hit the board, though. They have Warren’s Veneda pointing towards the Grade I Clement Hirsch at Del Mar to battle Beholder again, so this could be a nice work to get her ready for that rematch.

I’m most likely just going to watch this race. If I decide to play a Pick 3 or a Daily Double, I will use the #5 Sunday Rules, #6 Fantastic Style, and #7 Warren’s Veneda in that leg. If for some reason the odds are decent on those three runners, I will play a $2 trifecta box with those three. Best of luck to everyone this weekend.

A Day in the Life of a Thoroughbred Groom 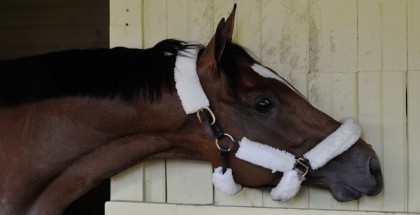 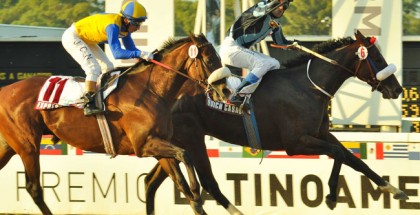 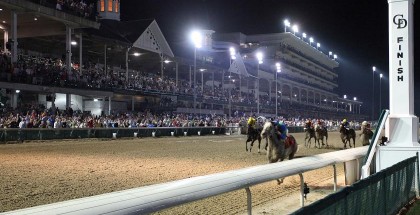