Del Mar Late Pick 4 Saturday Selections: Last week, our Del Mar selections were compromised due to the rain that forced some of the races off the turf. However, we hit some races, including three in a row, certainly not a bad success rate on account of the bad weather. This Saturday, July 25, 2015, we are focusing on the Del Mar late Pick 4 which always offers big purses. This weekend’s late Pick 4 is highlighted by the San Diego Handicap, an exciting race that will boast of the presence of some of the best horses on the west coast. 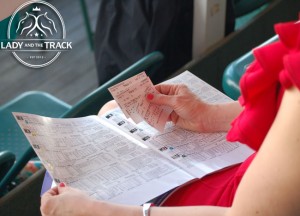 This Saturday, July 25, 2015, we are focusing on the Del Mar late Pick 4, which always offers big purses.
Photo: LATT

Race #7: 9
This is a very wide open race, so I’m using a risky single. Sweet as a Rose is a winner of only one race, but her speed figures are high. She only needs to reproduce her last effort to win this race. Van Dyke is again in the irons, so I’m singling her. If we hit this race, our chances to hit the Pick 4 increase significantly.

Race# 8: 3, 6
The San Diego Handicap looks like a match race between Hoppertunity and Catch A Flight. Hoppertunity should have won the Gold Cup (GI), but he ran too widely and lost a lot of ground to be beaten by only a nose. Now, he’s switching to Mike Smith, a jockey with plenty of experience in stakes races. Catch A Flight regressed a bit in the Gold Cup but was able to finish third, just 1¼ lengths back from the winner. He’s cutting back to 1-1/16 miles, so he’s eligible to bounce back. I think he’s the only horse who can beat Hoppertunity. Bayern will try to bounce back after a pair of flops. In my opinion, he is not the same horse, so I’m not including him in my selections.

Race #9: 9, 8, 2
In this race I expect a fast pace, so I’m choosing the horses that can take advantage of that pace. Airfoil is always in the mix, and his running style suits this race perfectly. I’m not taking into account his past performance at Del Mar because last year the races were run over polytrack. He is also working very well and looks ready to win. Big Tyre is a horse who likes to run from off the pace. It seems that the distance is a bit short for him, but he does have a second-place finish at the distance. We’ll certainly see him rolling late. Micks Miracle has very good speed figures and excellent workouts. He only lost his last race because he was off slowly at the start.

Race #10: 2, 8, 9
Foolish Way’s only bad race was on May 7, 2015, at Santa Anita over a surface she definitely did not like. Talamo insists with this filly, so I’m giving her the slight edge. Sweeter Thancandy is returning to the grass, and a big improvement is expected. Her workouts suggest she is fit, and Flavien Prat taking the reins is an indication that she is live. Artisticdifference’s debut resulted in a respectable fourth place in a one-mile race. She should improve since her trainer has a good percentage of winners when a horse runs his second route race.