West Virginia Derby: Tale of Verve Tries to Escape Fluke Label– Rather than guess at which horses are going to contest the West Virginia Derby (GII) at Mountaineer Racetrack on Saturday and feature a scratched horse, this article will revolve around a likely contender. Fans love a deep closer, and Tale of Verve attracted a following after the Preakness (GI) when the longshot rallied for a runner-up finish to American Pharoah. This weekend, the son of Tale of Ekati attempts to repeat his good try from two months ago. He offers a mixed bag to bettors. 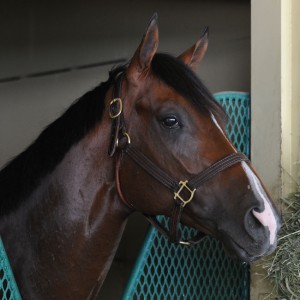 Fans love a deep closer, and Tale of Verve attracted a following after the Preakness (GI) when the longshot rallied for a runner-up finish to American Pharoah. This weekend, the son of Tale of Ekati attempts to repeat his good try from two months ago. Photo: Susie Raisher, Coglianese/NYRA

Before the Preakness, there were several doubters that questioned trainer Dallas Stewart for making Tale of Ekati an also-eligible in the Kentucky Derby (GI). Online commenters laughed at the notion that a recent maiden winner was ready to compete with the best three-year-old horses in training. Now, Tale of Verve is a regular contender. A $440k purchase last year for Charles Fipke, Tale of Verve owns an 8-1-2-2 record. Was his Preakness run a fluke though?

His lone win came at Keeneland in a maiden race. While his Preakness finish removed some of the class doubt, Tale of Verve turned in a non-effort in the Belmont Stakes (GI) losing by 20 lengths and only defeating one horse. A pace handicapper can make the argument American Pharoah got away with slow raw fractions. But, the main pressing horse Materiality folded badly, and the eventual runner-up Frosted made a decent closing move suggesting a moderate pace.

While Tale of Verve tends to close from the clouds, he showed a fair amount of speed in his March 5 race at Fair Grounds. Then again, the pace went at a slow crawl and helped the colt stay within range. It would be great if he could secure a similar early position here. The disadvantage with deep closers comes from the amount of lengths they give the front runners in the first half. It is difficult to make up 10 to 20 lengths on dirt because the field separates on the far turn.

How to rank Tale of Verve in this spot then? From post position five, and with Robby Albarado aboard, Tale of Verve benefits from the pace if the field stays intact. Upgrade the colt if a few key speed horses stay in, including the Todd Pletcher-trained colt Stanford and Tekton. They may scratch for the Curlin S. at Saratoga Race Course on Friday. Stanford rates as the main speed of this race, if he competes, and his presence would benefit Tale of Verve’s closing kick.

Stanford’s record looks like a standout as well based on class and talent. He ran an excellent race against International Star in the Louisiana Derby (GII), finishing second by a neck. He then ran in the Easy Goer at Belmont, finishing second again to the rising star Japan. Finally, Stanford proved victorious over fellow entrant Souper Colossal in the Long Branch at Monmouth. While the rail post position may pose a slight concern, his quality appears evident.

Also a leading contender, Souper Colossal gives Stanford another try and his jockey remains Paco Lopez, a rider not afraid to press the leading horse or set the pace. Other pressure comes from newcomer Iron Fist, who won his only two route races impressively, and Alliseeisgold. Tale of Verve needs those horses to create a speed duel in order to give them a scare.

Stewart is not a newcomer to training Triple Crown-series longshots that hit the board. Golden Soul and Commanding Curve are still active horses in his barn. Neither of them are exactly win machines. After Golden Soul’s runner-up placing in the 2013 Kentucky Derby, he struggled for a long time before stringing a few turf wins together. Commanding Curve, who ran second in the Derby last year, failed to crack the top three in two subsequent starts during the summer. At least, he won his current-season debut and continues to post a steady worktab. Like Tale of Verve, Golden Soul and Commanding Curve lacked early speed. Perhaps the running style is a Stewart trademark.

Also, Stewart spent several years working for legendary trainer D. Wayne Lukas, as did other current big-name trainers in the game today including Todd Pletcher and Kiaran McLaughlin. His background must be filled with taking care of top-level horses considering the amount of stars Lukas trained. Who knows what kind of secrets Lukas offered?

The West Virginia Derby puts Mountaineer on the national spotlight for at least one weekend. Despite American Pharoah’s overwhelming popularity, the other horses from the Triple Crown are never forgotten, and Tale of Verve certainly continues to hold a following. Sometimes successful longshots from the Triple Crown find duplicating their performance a difficult task in future races. Tale of Verve’s chance to prove any lingering doubters wrong comes on Saturday. 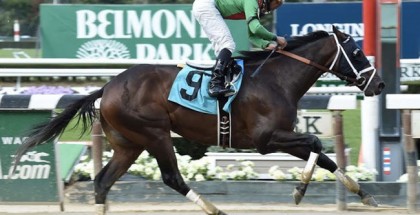