Clement L. Hirsch 2015 Odds, Picks, Post Positions: Time to tackle Del Mar again this weekend and I must say for myself, it’s been tough. To kick-off this Saturday, August 1, 2015 we have the 45th running of the Grade I L. Hirsch Stakes for fillies & mares 3 years old and up running 1 1/16 miles on the dirt for a purse of $300,000. This is a Breeders’ Cup Win and You’re In race for the 2015 Distaff with all expenses paid for a spot on Saturday, October 31, 2015 at Keeneland Racecourse in Lexington, Kentucky. 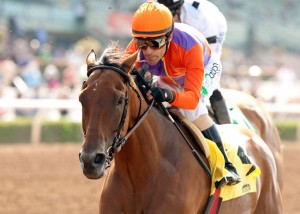 The five-year-old daughter of Henny Hughes, Beholder, is lining up for her first race on the Del Mar track in two years in the Clement L. Hirsch on Saturdat, August 1, 2015.
Photo: Benoit

This race was first run as the Chula Vista Handicap in 1937 as a five and one-half furlong race for two-year-olds bred in California and was won by a horse owned by singer, Bing Crosby. I could not find the stats on that race, so not sure of her name. The race was discontinued for a few years and was picked back up in 1967 at the distance of a mile. In 1980, it was permanently set at the current distance of 1 1/16 miles and in 2009 it became a Grade I event to be renamed from Handicap to Stakes.

The race was renamed in 2000 to honor Clement L. Hirsch (1914–2000) a Thoroughbred owner whose horse won this race in 1993. He was a Newport Beach, California businessman who was responsible for the creation of the Oak Tree Racing Association and was quite renowned in the California racing circuit.

The race record is held by the filly Matching which was set in 1982 at 1:40.00. The lovely Zenyatta has the most wins after pulling off the old hat-trick in 2008, 2009 & 2010. Last year John Sadler won this race with Iotapa for Hronis Racing in the time of 1:43.04. Joe Talamo had the mount and he has been firing redhot at this meet. He also has won this race three times and Mike Smith has the most wins with five. However, interestingly enough neither Joe Talamo or Mike Smith have a mount in this race. Hmmmmm.

There are three stakes races this weekend starting Friday with the $100,000 CTBA Stakes, the Clement L. Hirsch and capping it off Sunday with the $200,000 Real Good Deal. The Hirsch has a start time of 5:40 pm, PST and is the 8th race of the day on a card of 10. The 7th, 9th & 10th races look pretty tough so this could be a really nice late pick four payout as Del Mar has really been rolling in some bombs winning at nice odds lately.

Well, surprise surprise, we have the 5-year-old daughter of Henny Hughes Beholder lining up for her first race on the Del Mar track in two years. The two-time Eclipse award winner, who is trained by Richard Mandella, has two wins on her 2015 race chart in the Santa Lucia and the Adoration Stakes both at Santa Anita this past Spring. She has only raced at Del Mar twice which includes a win September 2013 in the Torrey Pines Stakes and was second to Bob Bafferts Executiveprivilege in the 2012 Del Mar Debutante. Beholder has had some hiccups in the past year with some time on the shelf; however, she always fires hot off the break so I expect her to be tough to beat in this spot. She retains her rider Gary Stevens who has been riding pretty hot for the “Papa” Mandella barn. She shoots from post #1 and should show some early speed as well as she’s inside Honey Ride & My Sweet Addiction who are both speedy. I’m betting she gets her free-ride into the gate for the 2015 Breeders’ Cup Distaff winning this race Saturday.

If you are looking for some value, I’d play the late p3 or p4 singling Beholder in this race. The 7th, 9th & 10th races look pretty tough with some large fields, so this could be a really nice late pick four payout as Del Mar has really teaming with bombs winning at nice odds lately. Otherwise, there are a few nice fillies and mares would could wind up the trifecta or superfecta keying Beholder on top. Warren’s Veneda and My Monet ran 2nd and 3rd to Beholder in the Grade III Adoration Stakes in June and both could fire well at the same distance to hit underneath.

I like the four-year-old filly Thegirlinthatsong for Jerry Hollendorfer who is coming off a 4 month layoff with a really nice string of consistent works. She has run 3rd twice to Warren’s Veneda earlier this spring and has a win in January at this same distance at Santa Anita. She could fire fresh off the shelf. Hollendorfer blew up the Bing Crosby Stakes last Sunday race #6 with Wild Dude and ran 1st/2nd in race #7 with his 2 year-old-filly Songbird that romped beating out Tiz A Tommy Town, his other entrant. He has a nice Speightstown filly Seaside Glory running in race #7 before the Hirsch. He seems to be heating up this meet. Thegirlinthatsong could easily hit in my opine.

Richard Mandella also has another entrant in here firing from post #9, the international runner Gusto Dolce who has only ran twice at Santa Anita after shipping to this barn. She ran 6th and most recently 2nd to Honey Ride who is also entered here. Flavian Prat stays on and he is at the top of the leaderboard for this meet with wins. This trainer/jockey combo is HOT.

Best of luck to everyone and have fun at Old Del Mar if you have the opportunity to get over there. Should be a fantastic weekend “Where the Turf meets the Surf.” 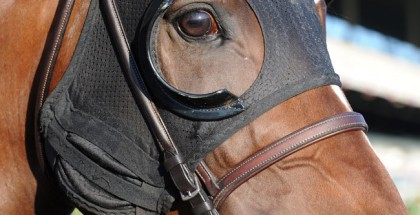