Opinions Vary Regarding Eclipse Awards Recipients: Another year has come and gone, and the Eclipse Awards have been awarded to deserving recipients. Opinions have erupting on social media and mass media regarding the recipients of the exclusive award. Some decisions were unanimous and some were spread slightly even. Here is how I, personally, feel about how the results of the awards.

Songbird – Songbird, although should have been a unanimous decision, was not. She received 260 of the 261 votes. Songbird went 4-for-4 in 2015 and one of those was a romping Grade I win in the Breeders’ Cup Juvenile Fillies. She is targeting the Kentucky Oaks, although word of a Derby start was tossed around. How amazing would it be if this filly could be the next to defeat males in the Kentucky Derby? However, she was a deserving winner of the Eclipse Award. 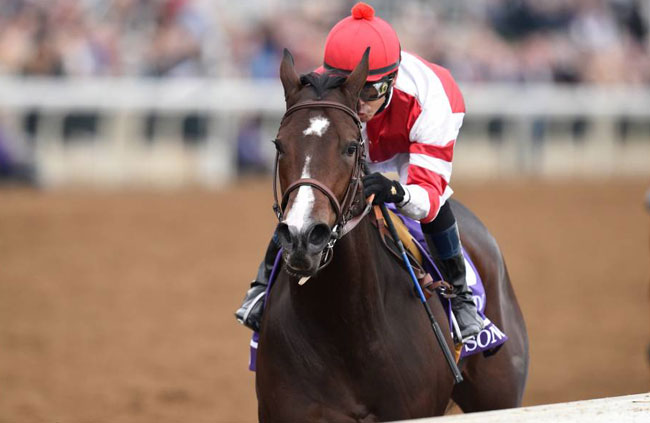 Songbird sang to the racing fans at Keeneland, the host track for Breeders Cup 2015 on Saturday, October 31, and treated them on Halloween to a 5 3/4 with Hall Of Fame Jockey Mike Smith singing along for the journey. Breeders’ Cup Photo ©

Nyquist – Although this colt was 5-for-5 in his entire season, he was again, a unanimous decision that did not happen. His rival, Mohaymen, received three votes for his 3-for-3 season. This shows that the East Coast bias is alive and well. This colt is currently 15-1 on the future wager for the 2016 Kentucky Derby. I am personally worried about this colt’s chances, as the distances get increasingly long, however, he has denied some of the best colts of his crop thus far. Keeping it up guarantees his spot in the Kentucky Derby field. 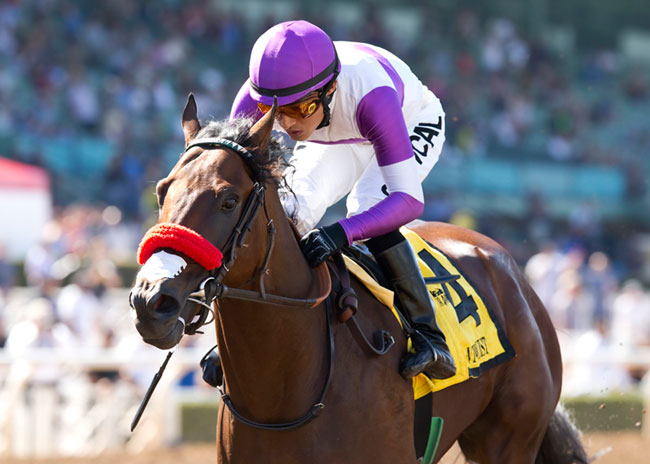 La Verdad – The female sprinter category was one of the most evenly spread categories of the night. La Verdad received only 8 more votes than her fellow competitor, Wavell Avenue, who received 90 votes. Lady Shipman, second to Mongolian Saturday in the Turf Sprint, received 41 votes. I agree on La Verdad receiving this award. She nearly won the Breeders’ Cup Filly & Mare Sprint off a week’s rest. She has defeated Wavell Avenue in previous starts. 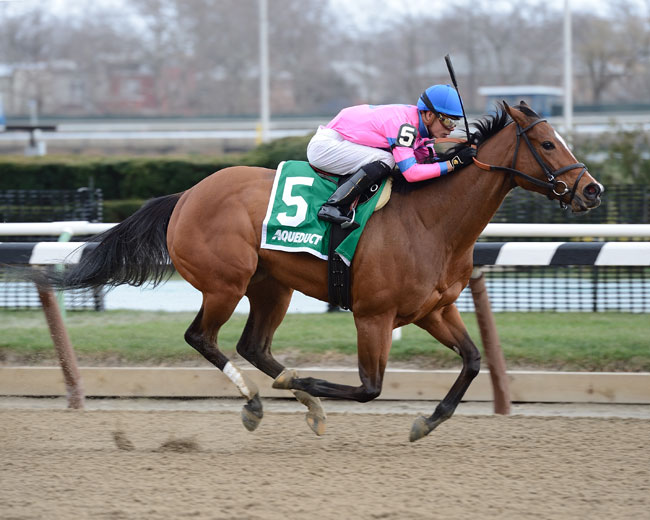 Lady Sheila Stable’s multiple graded stakes winner and Eclipse Award nominee La Verdad got her shortened 2016 campaign off to a successful start earning career victory No. 16 on Saturday with an easy score in the $100,000 Interborough at Aqueduct Racetrack. Photo: Coglianese/NYRA

Runhappy – Out of 261 votes; Runhappy was the recipient of 255 of those votes. The next horse, Private Zone, received 2 and then the rest went to Rock Fall and Secret Circle. Runhappy was a winner of 6 in 7 starts for 2015. He was a deserving winner of the category. His only loss came in the LeComte Stakes when he attempted to gain Kentucky Derby points. Maria Borell was stiffed in the acceptance speech, as she was fired nearly immediately after the Breeders’ Cup. She was the one who trained Runhappy throughout the year, not Laura Wohlers, who took over Runhappy’s training. 2016 should be interesting. Here is to hoping the connections do right by the horse! 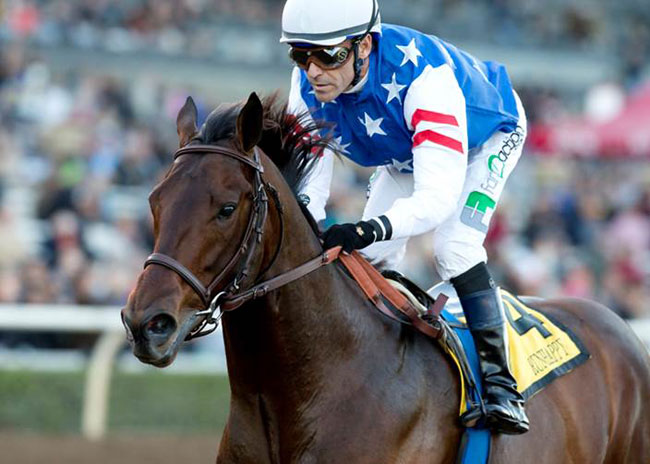 Heavily favored on the heels of his Breeders’ Cup Sprint win on Oct. 31, Runhappy, with Gary Stevens aboard for the first time, cruised to a 3 ½ length win in Saturday’s Grade I, $300,000 Malibu Stakes as he made every pole a winning one en route to getting seven furlongs in 1:21.76. Photo: Benoit

Tepin – Tepin was a monster in 2015, defeating males in the Breeders’ Cup Mile convincingly. She was never worse than second in 2015 and dominated her division all year. Tepin received 211 votes over Found (38) and Stephanie’s Kitten (8). Had Tepin not done well on the Breeders’ Cup stage, I truly believe Stephanie’s Kitten would have taken this award home. However, Tepin was dominant, no matter the group she was racing against, and she is looking to return, just as dominant, in 2016 for Mark and Norman Casse. 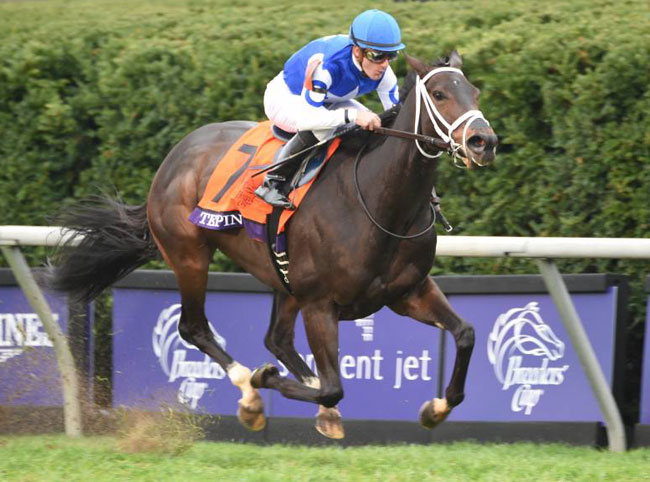 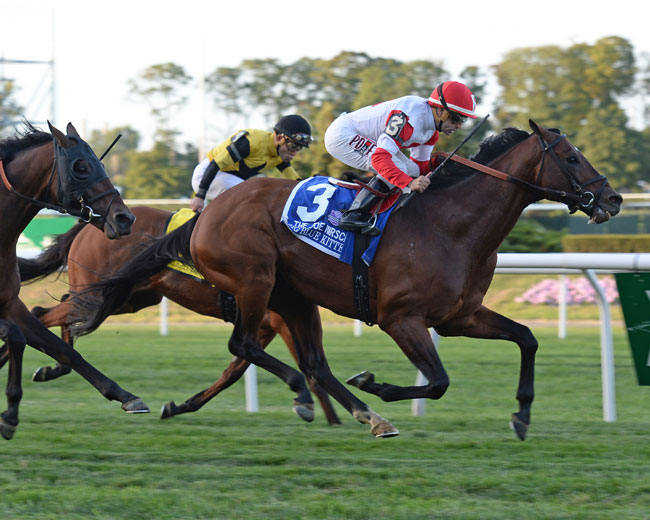 Ken and Sarah Ramsey’s Big Blue Kitten headed to the Breeders’ Cup with a course record, his second Grade 1 victory of the year and an all-fees paid trip to Keeneland for the $3 million Turf under his belt after he held off stablemate Slumber to win the 39th running of the $600,000 Joe Hirsch Turf Classic on Saturday at Belmont Park. Photo: Chelsea Durand, Coglianese/NYRA 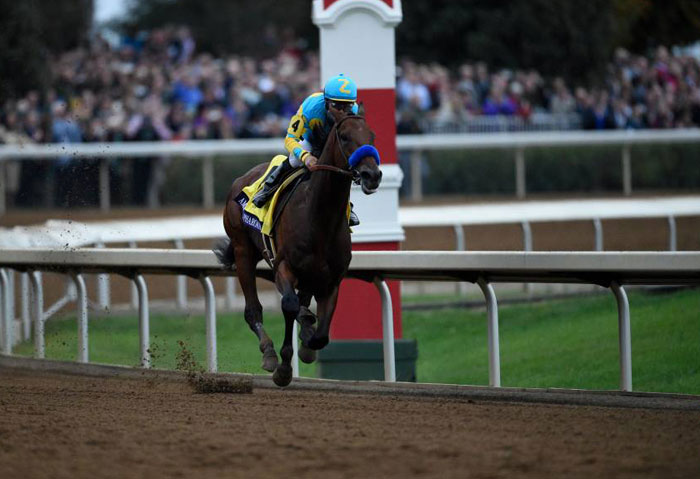 Beholder – Once again, Beholder received an Eclipse Award for an incredible season. Beholder now has Eclipse Awards as Champion 2-Year-Old Filly, 3-Year-Old Filly, and Older Female. Beholder was undefeated this year, and faced males this year in the TVG Pacific Classic. Beholder was to face American Pharoah in the Breeders’ Cup Classic, however, she had found to have bled in her pre-race workout, and was withdrawn from the race. Beholder earned 256 of the votes over Stopchargingmaria’s 4 votes and Sheer Drama’s 1 vote. 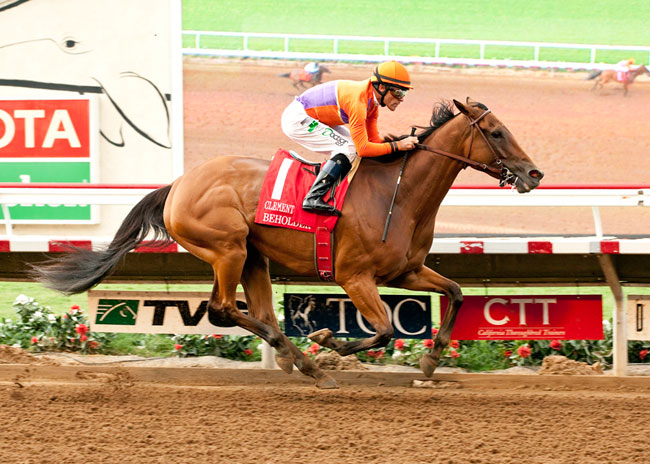 Honor Code – Honor Code was one of the most consistent horses I have ever seen, regardless of a clunker in the Alysheba. Honor Code won back-to-back Grade One wins in the Metropolitan Handicap and the Whitney, where he defeated other finalists Liam’s Map (95 votes) and Tonalist (14 votes). Liam’s Map went on to win the Woodward Stakes and the Breeders’ Cup Mile. Tonalist went on to win a second consecutive Jockey Club Gold Cup and then finished 5th in the Classic. All three are now standing stud at Lane’s End Farm in Versailles, Kentucky. Either Honor Code or Liam’s Map could have been a justifiable winner, but I, personally, am biased toward Honor Code and I am very happy he is now a Champion. 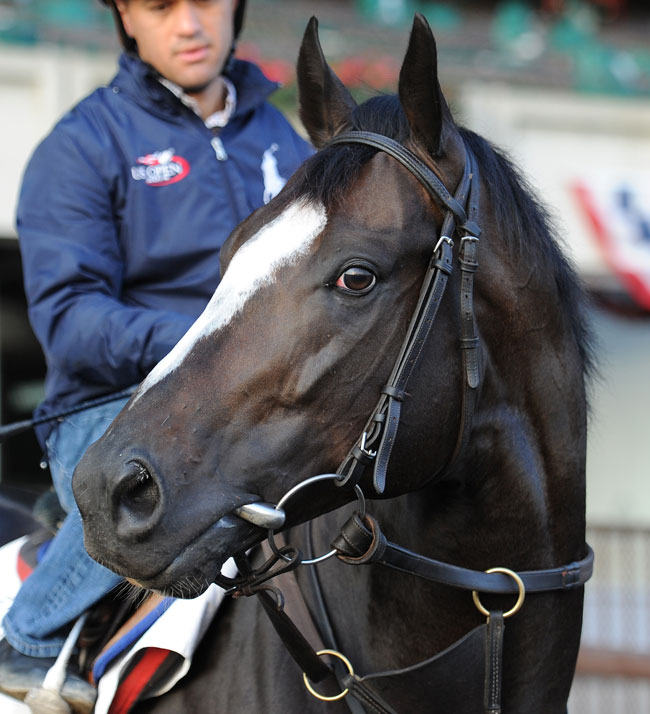 “He knows he is special. I’ve never been around a horse that knows how good he is as him,” McMullen noted. He loves the camera, that is for sure!” Photo: Susie Raisher, Coglianese/NYRA

The Eclipse Awards were smooth and seamless this year at Gulfstream Park. Bad jokes were kept to a minimum and Jeanine Edwards closed up with some fantastic comments about Runhappy connections and Zayat’s close call fire in their hotel suite. This year was more than slightly predictable and pleasing to most everyone. 2016 is hoping to follow up an incredible year.