Kentucky Oaks 2016 Top 10: Casey’s Picks–  The Kentucky Oaks trail seems to get lost in the limelight of the Kentucky Derby, but there is no doubt that this year the Oaks division seems to be dominated by one filly: Songbird. However, there are some fillies beginning to emerge that could potentially give Songbird all she can handle. Let’s see how I rank my top ten, starting with my number one, Songbird.

Songbird (Medaglia d’Oro – Ivanavinalot, by West Acre) Songbird has done nothing but dominate her division since her maiden race at Del Mar last summer. Since then, the filly has won five races straight, won an Eclipse Award, and been mentioned as the best of her crop, not only of her division. With her owner, Rick Porter, refusing to test her against males this early, she is clearly the filly to beat in the Kentucky Oaks. If she does win the Oaks, it would give her sire Medaglia d’Oro a third Oaks winner, who sired both Plum Pretty and Rachel Alexandra.

Cathryn Sophia (Street Boss – Sheave, by Mineshaft) Cathryn Sophia has been talked up as a top filly by some of my connections, going so far as to say that this is the filly that could defeat Songbird if they come into the Oaks or face off before then. It seems to be one of those East vs. West things, and only one can emerge victorious. I like this filly, and I think she has a shot to do great things, whether that includes defeating Songbird or not.

Venus Valentine (Congrats – Valentine Fever, by Stormin Fever) To be honest, I stood at Turfway Park and picked this filly out by a single glance I got of her in the paddock at Fair Grounds. I turned to Reinier and told him I liked the number three. She was lost on the screen as she was dead last. I turned my focus to Stageplay, who was the obvious class of the field, but she was spinning her wheels in the stretch, and all of a sudden, my number three exploded on the rail. My review of the filly looks positive, and she should improve.

Flora Dora (First Dude – Aidan, by Dixieland Band) Flora Dora was very impressive winning the Busanda Stakes over a stubborn Scatoosh, and I love her pedigree. It is very well-oriented toward the distance that the Oaks demands from these young fillies. She should do well moving forward well and has been working at Belmont very well. She should be seen again soon in New York.

Midnight On Oconee (Midnight Lute – Just Fabulous, by Include) Midnight at Oconee looked like she was going to win the very slow Rachel Alexandra Stakes before getting surprised by Venus Valentine on the rail. I question this filly when it comes to distance as she really seemed to tired in the late stages of that race, and the race was more than two seconds slower than the Risen Star. I question if this filly would want that extra distance in the Oaks or if she is more suited for 7-8 furlong races.

Gomo (Uncle Mo – Gentle Audrey, by Elusive Quality) Gomo was impressive in winning the Darley Alcibaides Stakes (G1) at Keeneland but was not aimed toward the Breeders’ Cup Juvenile Fillies, but Doug O’Neill even states that the Kentucky Oaks is the main goal for this filly. Is it possible that Uncle Mo could have a top colt and a top filly in 2016? It will take time to see, but right now, Gomo is working toward an undetermined start at Santa Anita.

Lewis Bay (Bernardini – Summer Raven, by Summer Squall) This filly has already gone 1-1/8 miles when winning her last start, the Demoiselle Stakes (GII) at Aqueduct. In three starts, Lewis Bay has two wins and a second-place finish. She is working at Palm Meadows for trainer Chad Brown and looks to come back soon, likely in Florida, but I wouldn’t be surprised to see Chad ship her somewhere else. I like her going 9 furlongs, and, later down the road, possibly longer distances.

Carina Mia (Malibu Moon – Miss Simpatia (ARG), by Southern Halo) Carina Mia is training impressively at Payson Park for trainer Bill Mott, who expects to have her back very soon. She broke her maiden in her second start at Keeneland, setting a track record, and then ran an insanely good version of the Golden Rod (GII) on a sloppy track. She is bred to be great, and she should not have a problem with the nine furlongs.

Nickname (Scat Daddy – Nina Fever, by Borrego) This pedigree, for one, looks fantastic to me. Borrego is one of my personal favorites, and Scat Daddy was just getting started as a phenomenal sire when we unfortunately lost him at the end of 2015. Nickname just started back on the worktab at Fair Grounds after her second place in the listed Martha Washington Stakes at Oaklawn. Nickname, hopefully, will be back within the month, chasing more Oaks points. How cool would it be if she could win the Oaks for her ill-fated sire?

Stageplay (Curlin – Stage Stop, by Valid Expectations) Stageplay went into the Rachel Alexandra Stakes taking significant amounts of money as the favorite. She has never finished worse than second before she spun her wheels in the Fair Grounds stretch, finishing a faded fifth. I am willing to forgive the Rachel Alexandra as long as she can return in good order next out in the Fair Grounds Oaks, assuming that is where she stays. 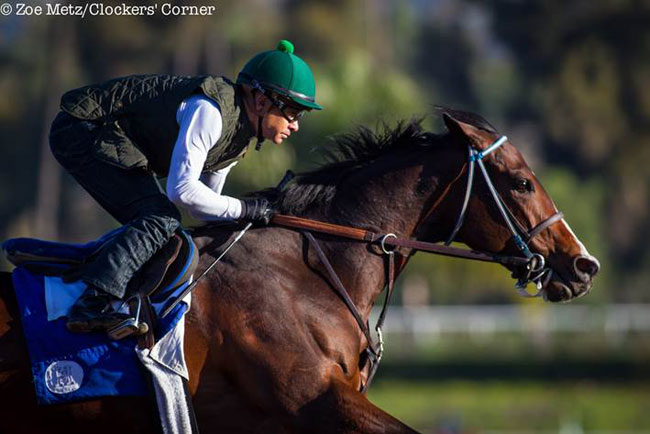 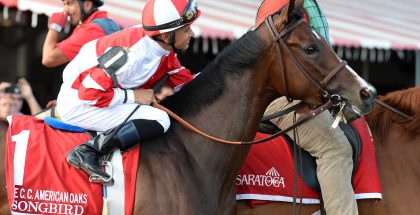 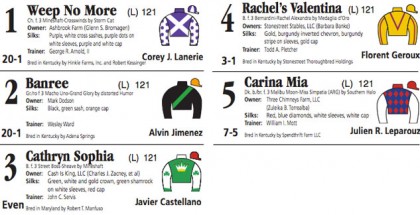