Kentucky Derby 2016 Contender Updates: With 151 points, Gun Runner holds a commanding lead in the Kentucky Derby point standings and deserves the extra attention for dominating the Louisiana Derby last weekend. Regardless, many handicappers (including this one) still argue undefeated stars Mohaymen and Nyquist are more talented. Those two colts are scheduled to face each other this weekend in the Florida Derby at Gulfstream Park, while Gun Runner is done with his prep races. 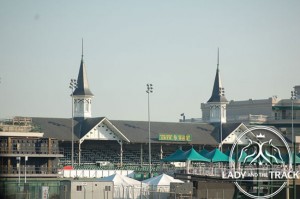 Note: Some horses seen on the official point standings are not on the list. Polar River and Sunny Ridge, two horses who are likely qualifiers, will not attempt the Derby even if their place in the Top 20 holds.

1. Gun Runner: The Louisiana Derby champion is “in fine order” and headed towards the Kentucky Derby for Winchell Thoroughbreds and Three Chimneys Farm. Steve Asmussen has a serious contender on his hands.

2. Lani: Japan’s Derby hope and UAE Derby winner is scheduled to leave for the United States in a few days and “will go straight from Dubai to Kentucky” according to a report on Blood-Horse.

4. Destin: As of March 28, there are no recorded workouts since his March 12 Tampa Bay Derby win. He seems likely to wait until the Kentucky Derby, but there is time to gear up for the Lexington Stakes if they choose.

5. Cupid: The Rebel Stakes winner is back in California. Keeneland’s Blue Grass Stakes or Arkansas Derby back at Oaklawn Park again look like the main options.

6. Danzig Candy: On March 26, the speedy Twirling Candy colt worked in 58.60 for five furlongs. He is on track for the Santa Anita Derby on April 9.

7. Shagaf: Also last Saturday, the Gotham Stakes winner worked in 1:00 flat for five furlongs at Belmont Park on their training track. He is pointing towards the Wood Memorial at Aqueduct.

8. Mor Spirit: The San Felipe runner-up continues to prepare for the Santa Anita Derby as well. While habitually lazy in the mornings, he was a “willing participant” and worked in 47.80 seconds for four furlongs on March 24.

9. Tom’s Ready: Dallas Stewart’s Derby hopeful was scheduled to arrive at Churchill Downs this week and will train towards the Kentucky Derby.

10. Mo Tom: Like Tom’s Ready, Mo Tom was scheduled to arrive at Churchill Downs this week and will train up to the Kentucky Derby.

11. Nyquist: The 2-year-old champion worked an easy five furlongs in 1:03 on March 24. The highly anticipated matchup in the Florida Derby this weekend will reveal clues on how far this one wants to run.

12. Exaggerator: Despite a so-so finish in the San Felipe, he continues to train towards the aforementioned Santa Anita Derby. He worked five furlongs in 1:00.40 on March 26.

13. Whitmore: The Rebel Stakes runner-up may start in the Arkansas Derby before heading to Churchill Downs for the Kentucky Derby.

14. Laoban: His latest work came on March 19 when he finished five furlongs in 1:01.20 at Los Alamitos. After running second in the Gotham, trainer Eric Guillot mentioned the Blue Grass Stakes as a possibility.

15. Forevamo: Scant information is available, but he is high enough on the leaderboard if the connections wish to take a shot at the Kentucky Derby.

17. Zulu: The Fountain of Youth runner-up recorded two four-furlong workouts since his last start. He worked in 50.98 on March 18 and 49.43 on March 26. The Wood Memorial and Blue Grass are the next options.

18. Outwork: Pletcher’s third Derby contender worked four furlongs in 48.20 seconds on March 26. His next start is unclear, but in most years 20 points is enough for the Kentucky Derby.

19. Flexibility: While the attention on this Chad Brown-trained colt disappeared, he continues to train and posted a five-furlong workout in 1:02.08 on March 26. His next start is unclear, but the Wood Memorial is an option.

20. Brody’s Cause: After finishing seventh in the Tampa Bay Derby, the son of Giant’s Causeway remains on course for the Blue Grass at Keeneland. He worked in 47.90 seconds for four furlongs on March 27.

21. Greenpointcrusader: He is tied with Brody’s Cause in qualifying points. His status is unknown after a disappointing seventh in the Louisiana Derby.