Stradivari Looks to Hit High Note in Preakness Stakes: Every year, there are horses who either do not make the Kentucky Derby due to lack of points or not being ready at that early point in their careers. This year, a plethora of “new shooters” focus their sights on the undefeated champion Nyquist in the Preakness Stakes in Baltimore, Maryland. While Nyquist has faced a few of these very horses before and easily beat them all, there is one who has never shared a starting gate with the champ. His name is Stradivari. 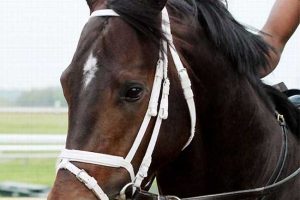 Stradivari comes into the Preakness Stakes off two wins and a fourth place in only three career starts. The Todd Pletcher trainee will be taking a huge step up in class after winning those last two races by a combined 25 and ¾ lengths! Stradivari will also be the first Preakness starter for Todd Pletcher since 2011, when he sent out Dance City, who finished 5th behind Shackleford. Stradivari is lightly raced and strongly talented.

Stradivari is a horse who has won every time he has had everything go his own way. He has speed that gets his large frame out of the gate and into good front position. He likes to run right off the lead horse, sitting in a perfect pouncing position. However, in his maiden, he was a bit further back in fifth and fourth early and stayed there throughout the race, crossing the finish line as if on a conveyer belt. However, in his last two races, he sat right off the lead horse before moving on the far turn and drawing off in hand for regular rider John Velazquez. Can Stradivari do this on Saturday in the Grade One Preakness Stakes? There sure is a lot of speed signed on for the highlight of the racing world’s weekend.

When it comes to breeding, Stradivari has plenty of speed that comes from his dam, Bending Strings. She did all of her winning in sprints of six and seven furlongs but was able to give top fillies like Ashado all they could handle in Grade one races such as the Go For Wand Handicap in 2005. Bending Strings was also able to win at a mile in the Grade Two Chilukki Stakes at Churchill Downs. It is safe to say Bending Strings was a very versatile filly and has, hopefully, passed that on to Stradivari. Stradivari is the only winner for the mare, who has six foals of racing age, one being a two-year-old of 2016 by Smart Strike who has yet to start.

Bending Strings seemingly gets her speed from her sire, American Chance, a son of Cure the Blues, who did win the Grade Two Forego in 1994 and finished second in the Grade One Vosburgh to Harlan. American Chance was however, able to win going long, as he won the Grade Two Jersey Derby in 1992. The race was run at Garden State Park and was contested over nine furlongs, or 1-1/8 miles. American Chance stood in New York for most of his stud career while shuttling to South America. He passed away due to illness in Argentina in 2004.

Stradivari gets his looks from his sire, which throws grand looking horses with beautiful conformations and competitive temperaments. Stradivari is sired by Medaglia d’Oro, one of the top stallions in the world. As a racehorse, Medaglia d’Oro finished off the board only twice in 17 career starts. Those finishes came in the 2002 Kentucky Derby (4th) and Preakness Stakes (8th). Medaglia d’Oro rebounded to run one of the best Belmont’s to barely get defeated by 70-1 shot Da Tara. In his career, Medaglia d’Oro was three-time Grade One winner and seven-time graded stakes winner. He currently stands stud at Darley in Lexington, Kentucky for an advertised fee of $150,000 (stands and nurses). As a stallion, Medaglia d’Oro has sired three champions, 37 blacktype stakes winners, and 75 blacktype winners. Horses we have all heard of that hail from Medaglia d’Oro included Kentucky Oaks winners Rachel Alexandra and Plum Pretty, Breeders’ Cup Juvenile Fillies winner Songbird, graded stakes winners on the turf Coffee Clique and Marketing Mix, and top older horse Valid.

If Stradivari could dethrone Nyquist, it would be a clear victory for not only his connections, but for Medaglia d’Oro to have a second Preakness winner alongside his two Kentucky Oaks winners. Stradivari is sort of the unknown since he has never contested stakes company before, but on paper, he is clearly bred to be of the best of his generation. Will Stradivari be able to prove it in the 2016 Preakness Stakes? 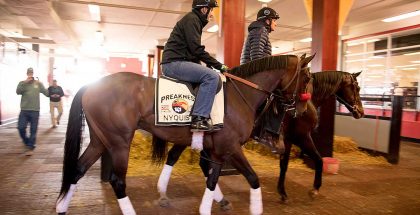 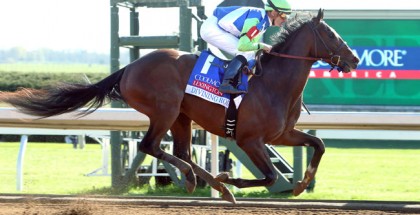 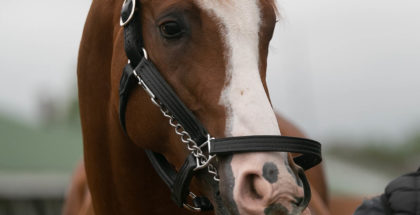 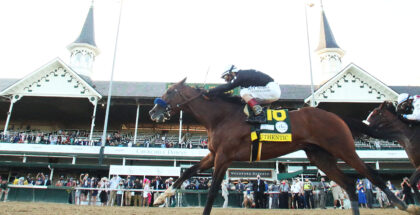