With 13 hopeful 3-year-old horses set to run a marathon 1 1/2 mile distance, handicappers can only guess at the final outcome. Preakness Stakes (GI) champion Exaggerator is the favorite, but handicappers should also give careful consideration to the rest of the field. After all, who knows if Exaggerator will last the distance?

Here is the possible Belmont field in alphabetical order.

If the pace sets up for this Dale Romans-trained closer, expect a formidable late punch. The problem is, sometimes horses who lay so far back become too tired to kick in towards the end (ex. Dullahan in 2012). 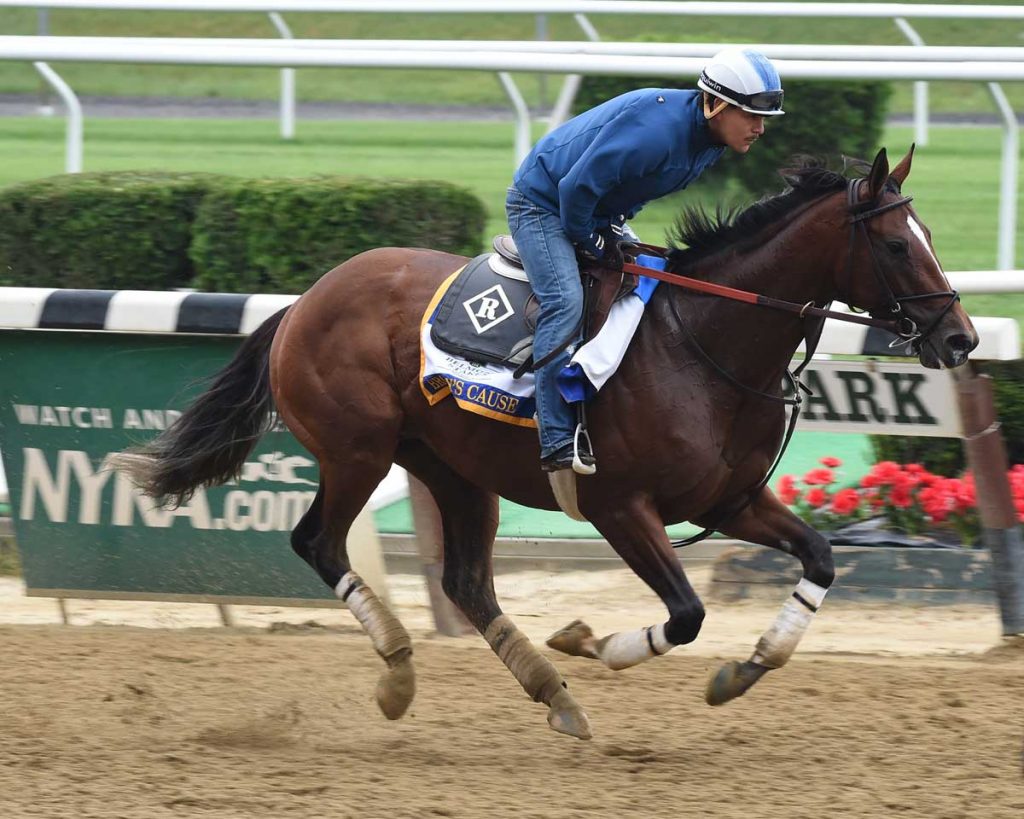 Brody’s Cause, pictured above on June 2, 2016, prepares for the Belmont Stakes at Belmont Park.
Photo: Coglianese, NYRA

Like his stablemate Brody’s Cause, this one comes from behind. The main knock on him remains the same. Horses who start the Belmont double-digit lengths back tend to hang around there and never move. 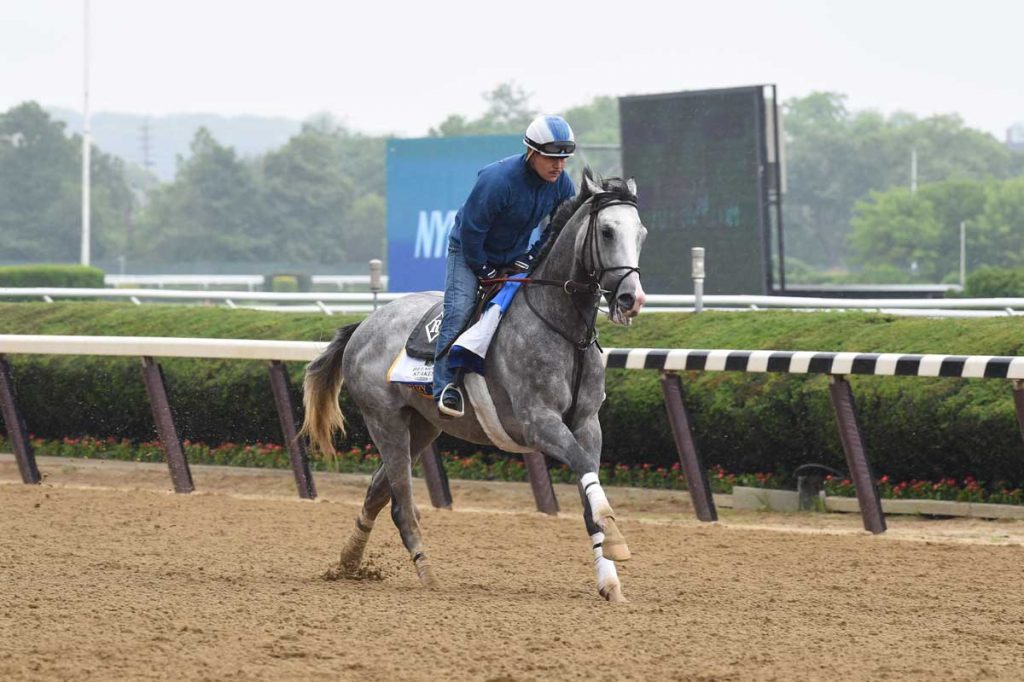 Ah, another closer who starts races from way back. The son of Tapit took advantage of a hot pace in the Arkansas Derby (GI), but never threatened during the Kentucky Derby (GI ) when 13th. Note the trouble encountered though. 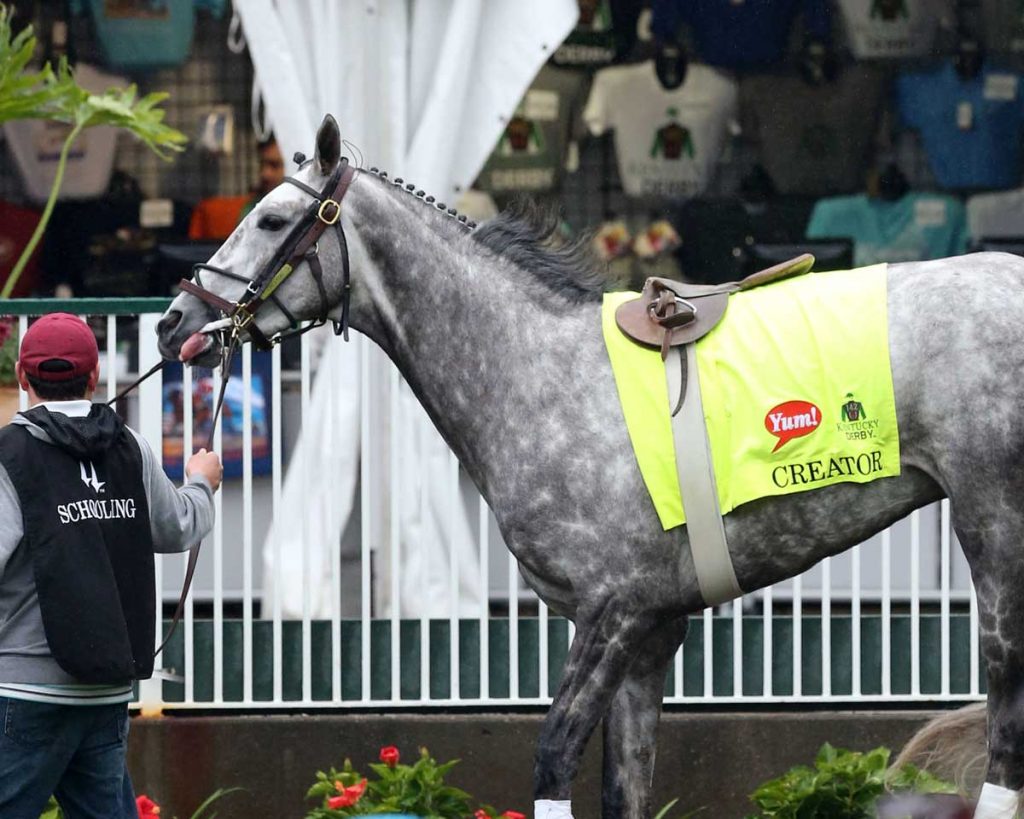 Creator schooling at Churchill Downs prior to the Kentucky Derby. Photo: Coady Photography

This runner from the Todd Pletcher barn offers some speed. Pletcher, a trainer who oddly struggles in Triple Crown races, fares a little better in the Belmont than the other two legs. His “prep race” in the Derby will serve him well. 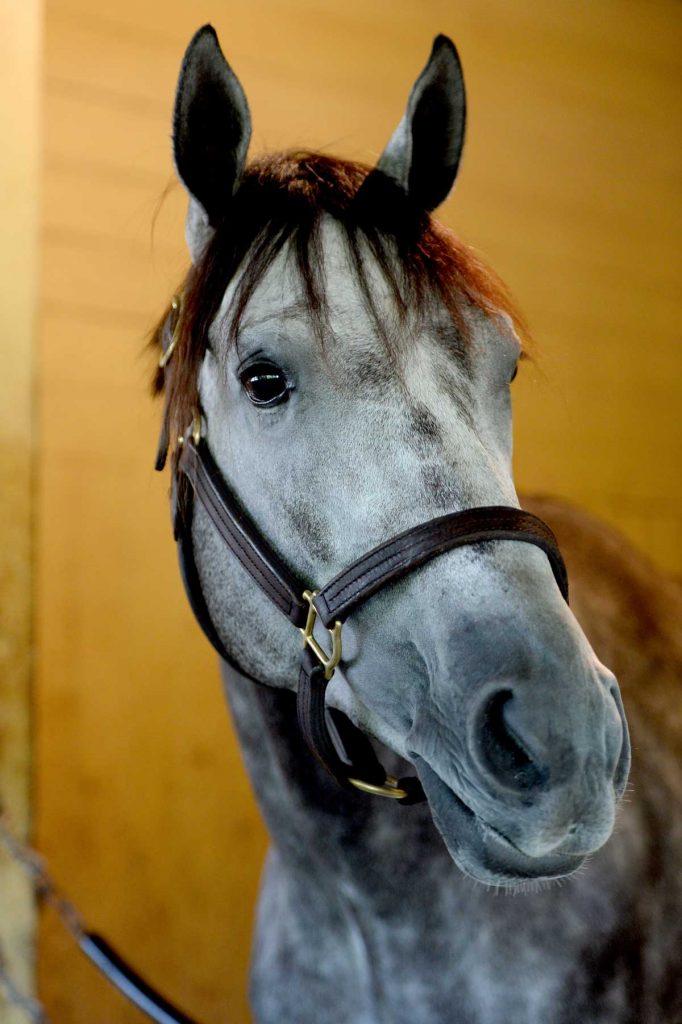 Destin poses for the camera at Belmont Park on June 2, 2016. Photo: Coglianese, NYRA

The son of Curlin continues to benefit from extreme pace situations. At some point, his luck will run out and the leaders will crawl. Trainer Keith Desormeaux praised his runner’s distance pedigree leading up to this race. 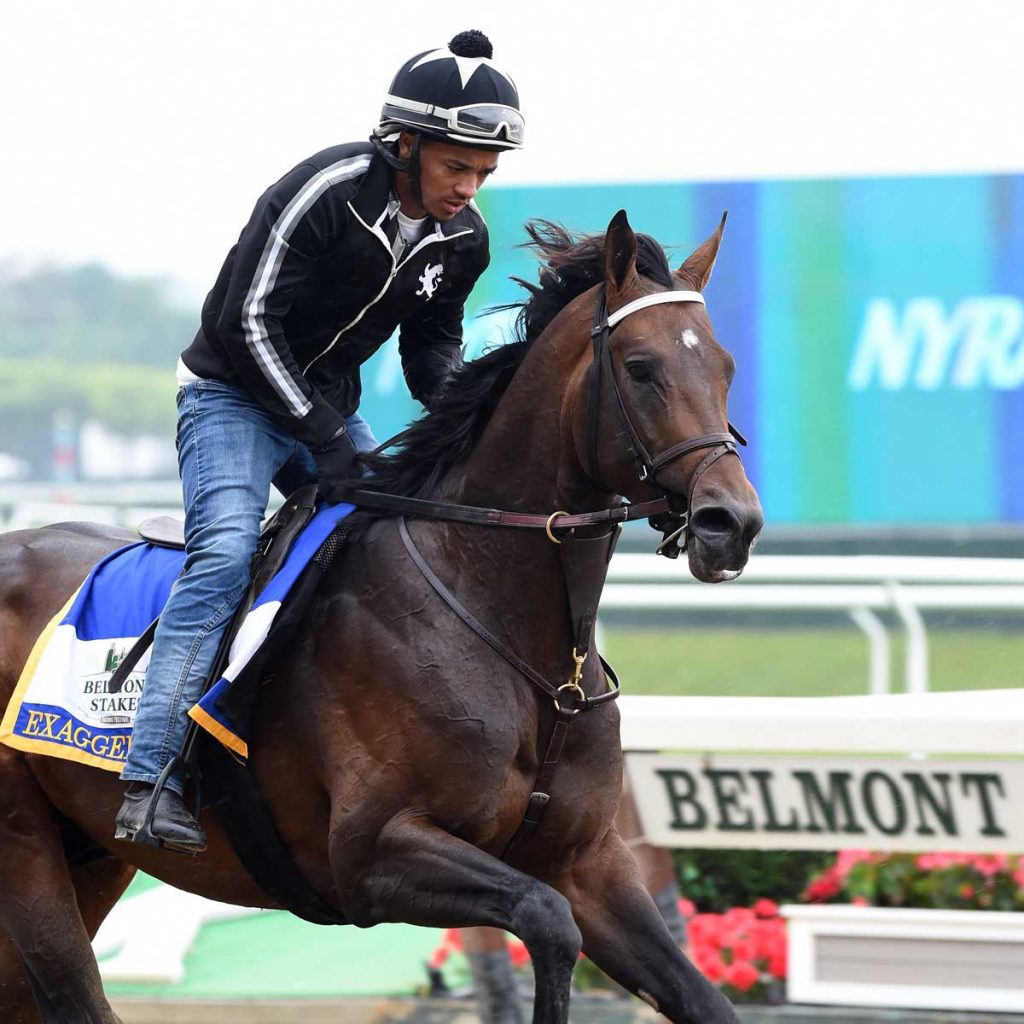 Exaggerator gets comfortable on at Belmont Park on June 2, 2016. Photo: Coglianese, NYRA

Few racing fans know much about him. The Dallas Stewart-trained colt broke his maiden at Belmont in his third attempt and offers positives through his pedigree as a son of 2006 Kentucky Oaks (GI) champion Lemons Forever.

The recent transfer to the Steve Asmussen barn runs well on the lead, but his class is in question. He recently lost an allowance race at Belmont Park by over six lengths. At times, the Belmont will produce illogical winners.

Jockey Joel Rosario and trainer Christophe Clement teamed together and won this race in 2014 with Tonalist. Like Tonalist, Governor Malibu had his prep race in the Peter Pan Stakes (GII), and finished well for a runner-up placing. 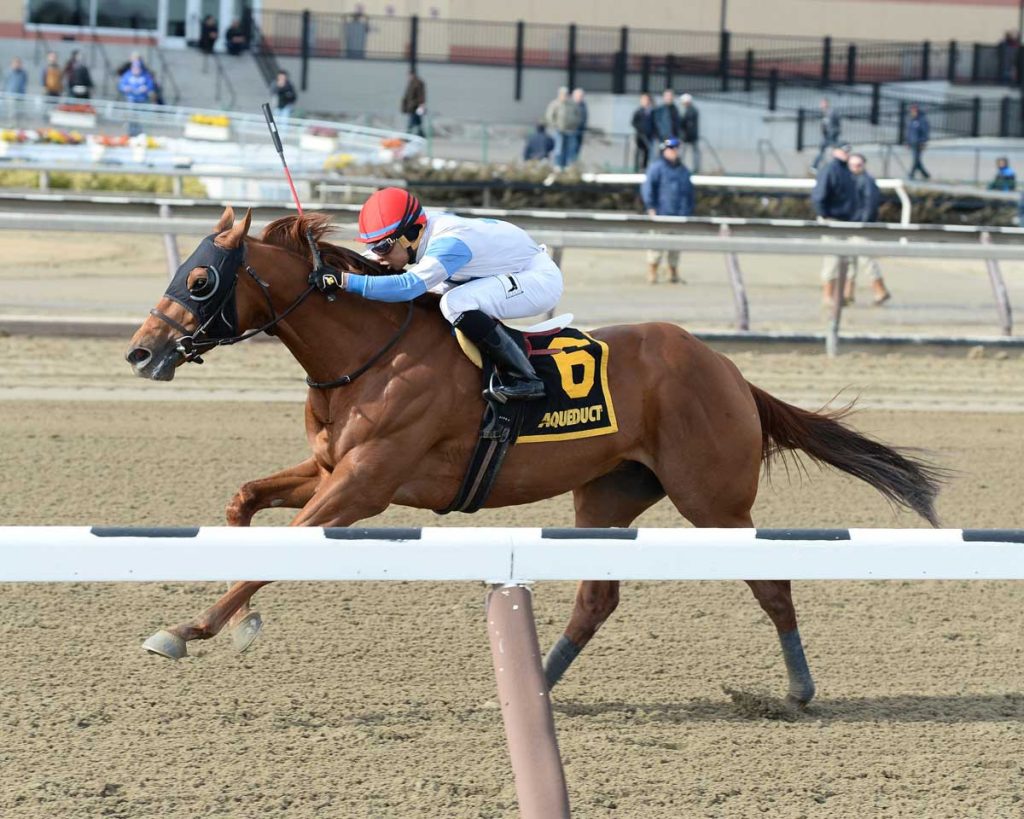 Governor Malibu, pictured at Aqueduct on Feb. 2, 2016, is ready to shake things up in the third jewel of the Triple Crown. Photo: Joe Labozzetta, Coglianese, NYRA

Japan’s Belmont hopeful gains in popularity each day. As with a couple of others, he lacks early speed and may flounder if 15-20 lengths off the pace early on, because the long distance sometimes nullifies the closing kick. 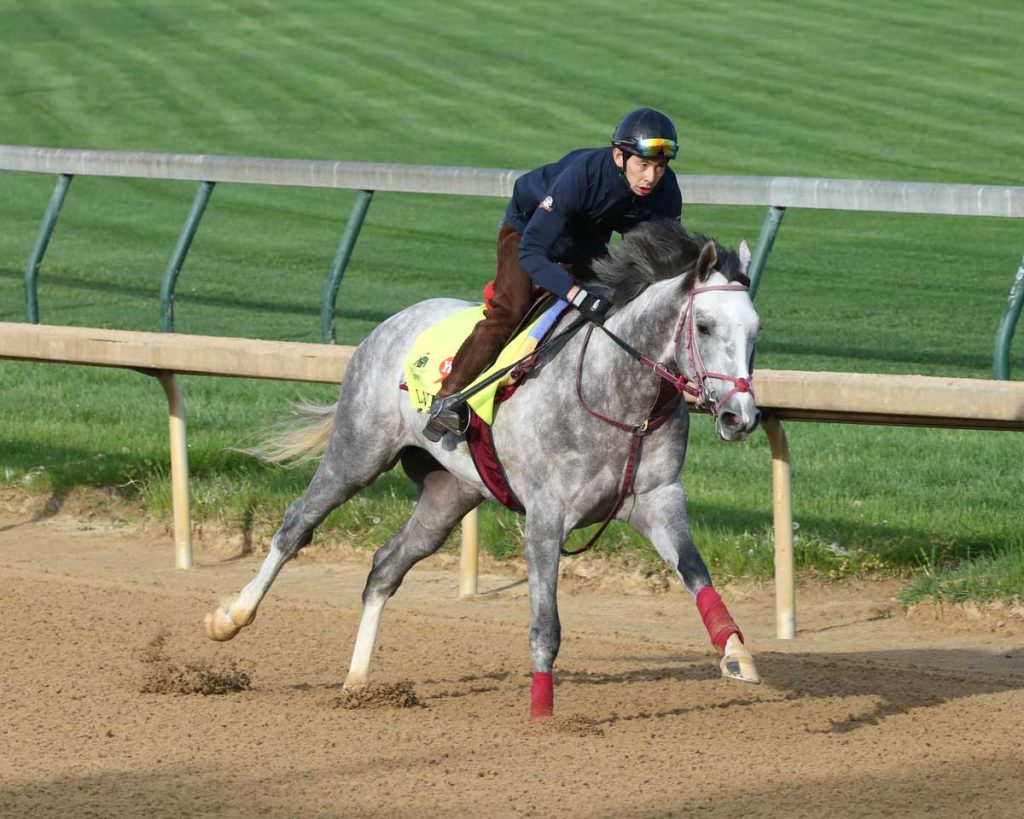 Oh no, another closer! Forever d’Oro’s stablemate also broke his maiden on the third try, and will need to step up his game to compete in a Grade I race now. Stewart is known for pulling off magic in the Triple Crown series.

Pletcher’s other Belmont contestant proved his talent when dominating a Keeneland allowance race by more than 14 lengths. Perhaps the Preakness came too soon, although he ran decently enough in his fourth-place finish. 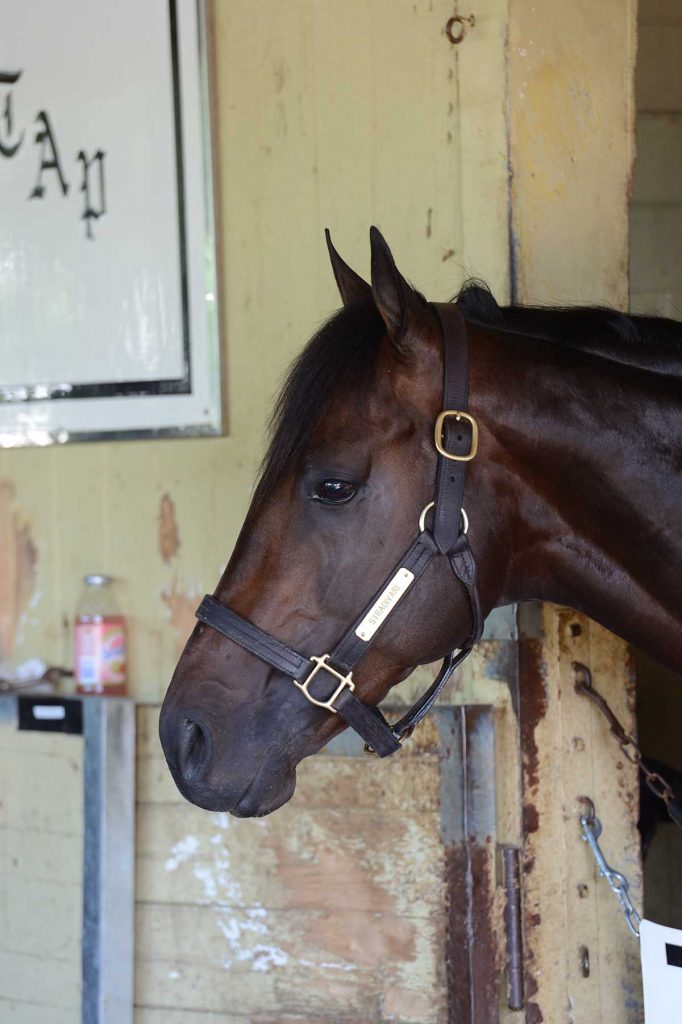 Stradivari appears calm and cool in Todd Pletchers’ barn on June 2, 2016 in preparation for the Belmont Stakes.
Photo: Coglianese, NYRA

Followers point out this ridgling possesses more speed than most believe, and the switch to Hall of Fame jockey Mike Smith can help. It is possible this horse is not fast enough, although the Belmont is a different kind of race. 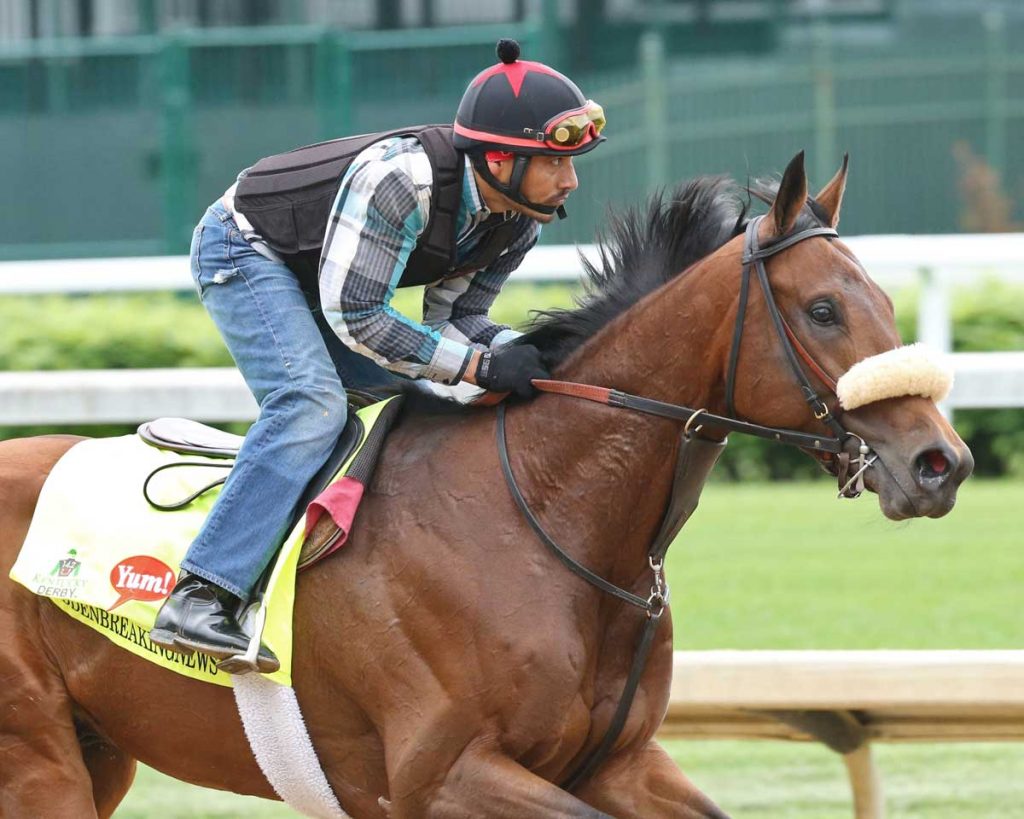 Suddenbreakingnews prior to the Kentucky Derby. Photo: Coady Photography

Despite finishing 16th in the Derby, the connections feel another shot at the Triple Crown series is in order. He began his race at Churchill Downs well back in 20th, and will need to show some tactical speed this time around. 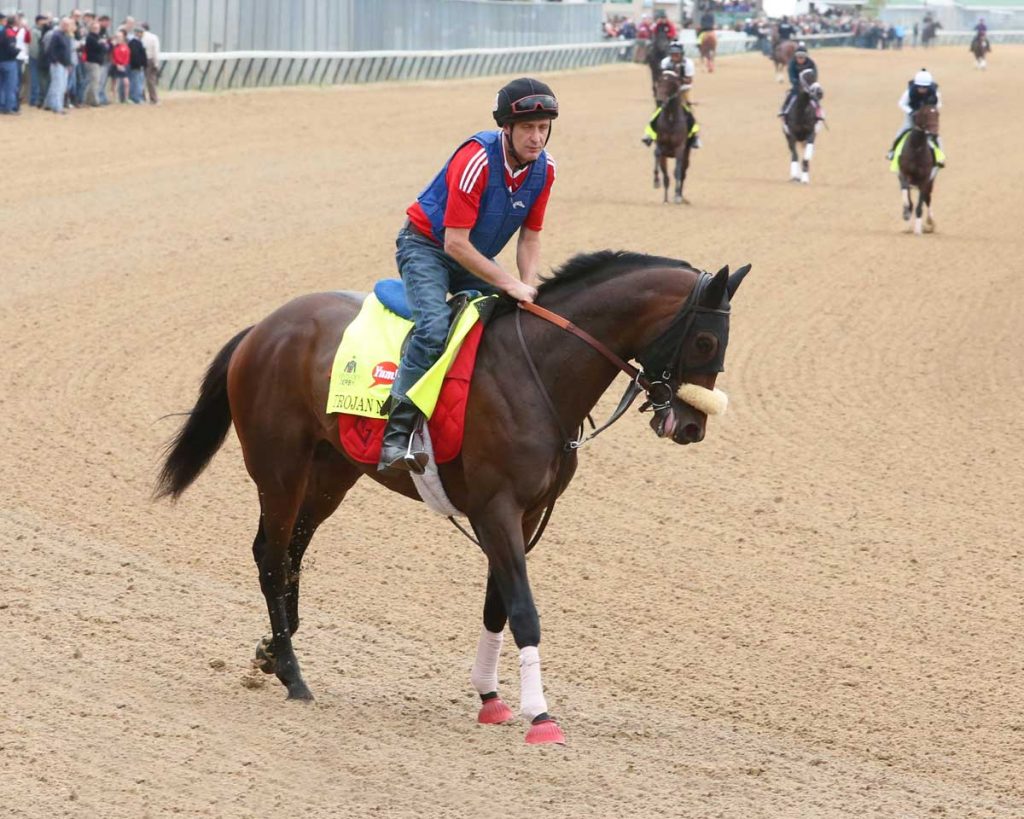 Trojan Nation prior to the Kentucky Derby. Photo: Coady Photography 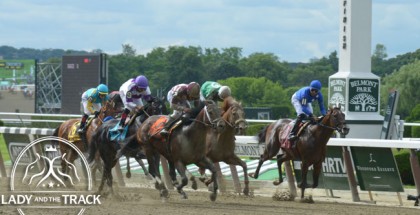 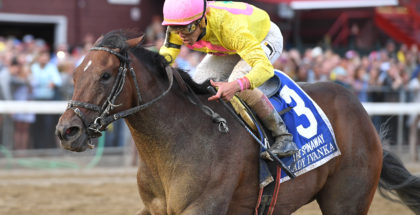 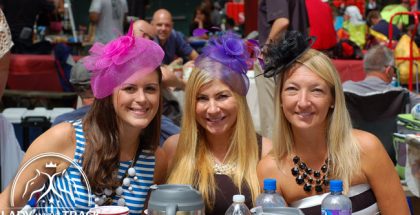