Sea Calisi Stars in Tough Beverly D. Stakes by Reinier Macatangay: Racing’s spotlight shines on Arlington Park this Saturday, as the track hosts a couple of Breeders’ Cup “Win and You’re In” turf stakes races, including the $700,000 Beverly D. Stakes (GI) for fillies and mares at the 1 3/16-mile distance. The morning line oddsmaker made Sea Calisi the 7-5 favorite. 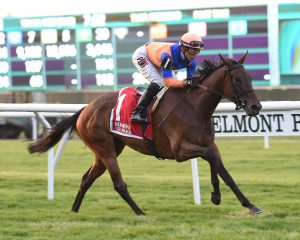 With trainer Chad Brown and owner Martin Schwartz behind her in the Beverly D. Stakes, the 4-year-old Sea Calisi will attract attention regardless of her racing record, although she has put together a nice one at 9-2-3-2.
Photo: Coglianese/NYRA

With trainer Chad Brown and owner Martin Schwartz behind her, the 4-year-old Sea Calisi will attract attention regardless of her racing record, although she has put together a nice one at 9-2-3-2.

To start off in discussing her record, note who Sea Calisi faced in the Qatar Prix Vermeille (GI) last year. The European sensation Treve ended up winning, as Sea Calisi finished a decent third in the race.

Sea Calisi went on the shelf after October, then reemerged in North America three months ago at Belmont Park and won the Sheepshead Bay Stakes (GII) over a five-horse field with a powerful move from last to first as the heavy favorite. Irad Ortiz Jr. was up for the win.

One month later, Sea Calisi competed in the New York Stakes (GII) at Belmont again, and she made another good move from last, but unfortunately fell a bit short this time to the well-known multiple graded stakes winner Dacita. Sea Calisi, who overcame a 50-second half mile and 1:15 for six furlongs, finished a little less than a length behind.

So, Sea Calisi, who starts from post position 13, is the logical choice in this spot.

Not only are Sea Calisi’s connections trusted, but she owns a powerful late kick and can overcome unfavorable fractions. Plus, Florent Geroux hops aboard for the first time, and he ranks as one of the best turf jockeys around.

If 7-5 is not enticing though, other valid selections remain.

For instance, the rail filly Ballydoyle attempts to make amends under Seamie Heffernan for her 13th-place finish as the 2-1 favorite in the Belmont Oaks Invitational (GI). Aidan O’Brien sees fit to try once more in North America despite the disappointing run, and it is easy to imagine a quick reversal in form this week. At least her rabbit is in the race too.

Yes, Ballydoyle’s stablemate Coolmore begins from post position six. If not for a poor break last time in the Belmont Oaks, she might have been able to pressure Catch a Glimpse more than she did. A talented runner as well, Coolmore fought hard enough to stay on the board by finishing third, only four lengths behind the winner.

Colm O’Donoghue, Ballydoyle’s rider for the Belmont Oaks, abandons his former mount for Coolmore in this race.

Those searching for a mega longshot might consider Marypop (30-1) from the third post. Flavien Prat rides the 4-year-old runner. While she only finished fifth in the local Modesty Handicap (GIII), this race also featured brutal fractions for closers with the half going in :50.6, and the six-furlong point in a seemingly-sluggish 1:15 flat.

The word “seemingly” is used because sometimes turf fractions look slow, but were actually deceptively faster.

It is worth noting that the Graham Motion-trained Faufiler closed from fourth and three lengths off the pace to win the Modesty, and fans of Main Sequence will recognize owner Flaxman Holdings. Like Sea Calisi in post 13, Faufiler drew wide in post 12 and will need to work out a decent trip under Jose Valdivia Jr.

Just as a quick note on Sea Calisi’s stablemate Elusive Million, who starts left of Faufiler, the oddsmaker made her 30-1 despite Chad Brown and Martin Schwartz as the connections. Perhaps Elusive Million entered the race to help her stablemate? It is hard to tell what the running style is, because her European races are not on YouTube.

Also, pedigree fans will note Secret Someone in the 10th post, a 5-year-old mare sired by A.P. Indy, who admittedly is more known for his dirt horses. Oddly enough, she is out of an Unbridled mare named Private Gift, and all five of Private Gift’s wins came on dirt. Yet, here is Secret Someone, making her 14th turf start.

In any case, one Beverly D. strategy could be singling Sea Calisi, but for those who are against swallowing a 7-5 favorite, the race becomes difficult to narrow down to a couple of horses. Pick a few of them and hope for the best. 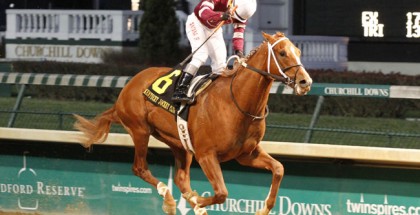 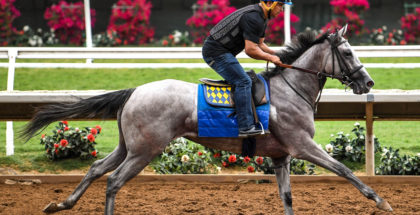 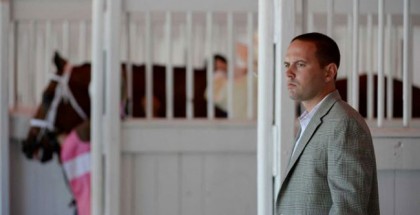