Can Songbird Enter HOTY Discussion with Alabama Stakes? by Reinier Macatangay: Fox Hill Farm’s Songbird continues her rampage of the 3-year-old filly division on Saturday at Saratoga Race Course, when she competes in the 1 1/4-mile Alabama Stakes (GI). The other fillies entered likely do not matter from a handicapping standpoint, although it is horse racing and perhaps the longer distance will slow her down. 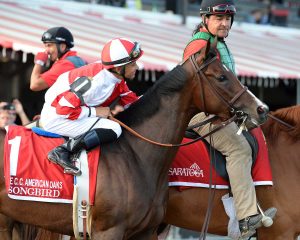 In all likelihood, the extra length will not matter. A more interesting discussion is whether Songbird, trained by Jerry Hollendorfer, can seriously enter the Horse of the Year discussion with another Grade I victory.

Currently, Songbird owns two Grade I wins for 2016, as well as three other graded stakes. Every win so far came against 3-year-old fillies, and the fact she will remain running against females leading up to the Breeders’ Cup might hurt her chances.

To top things off, the win over Carina Mia in the Coaching Club American Oaks (GI) was the only race where fans unanimously agreed she defeated a quality, top-tier racehorse. In Songbird’s four other starts, the competition seemed mediocre, to put things kindly.

In fairness, she was sick before the Kentucky Oaks (GI) and subsequently missed her spring goal.

Some supporters prefer to focus on how she won those California races (in dominant fashion).

In addition, if she picks up another Grade I win this weekend at a longer distance and versus one or two quality runners, a wave of sentimentality will head in Songbird’s direction. She will have earned three Grade I wins for 2016, which would put the filly ahead of clubhouse leader California Chrome unless he wins the Pacific Classic (GI).

Should Songbird go on to pick up the Cotillion Stakes (GI) at Parx Racing (or any other Grade I prep), and then the Breeders’ Cup Distaff (GI), she will display five Grade I wins earned at various racetracks on her record.

While comparing Grade I wins between males and females becomes tricky, a large segment of fans, and voters, believe “female-only” Grade I victories equal the same weight as those open to both genders. This writer disagrees with such logic, but there are various opinions out there, and all of them should be respected.

The events of the Pacific Classic at Del Mar can further muddle the waters, because if Dortmund or Beholder defeat California Chrome, more pressure will be put on him to win his final two races of the year, and especially the Breeders’ Cup Classic (GI).

Precedence exists for an undefeated female attracting voters, regardless of a strong campaign by the male front-running contender for the Horse of the Year award.

In 2008, despite never racing against males, Zenyatta was able to pick up 69 Horse of the Year votes. She had won four Grade I races restricted to females, with three of them coming in California.

Curlin, who won the Dubai World Cup (GI) earlier in the year, and three additional Grade I races in North America, won the vote with 153. He did lose the synthetic Breeders’ Cup Classic late in the year.

The point is, Curlin had a more challenging set of races to undertake, yet Zenyatta still gained enough support to create a discussion amongst fans and voters.

Then again, 2016 features a number of Horse of the Year contenders should California Chrome stumble down the leaderboard. Besides Songbird, there is a high-quality female runner in the 5-year-old mare Tepin, who went overseas to defeat males in the Queen Anne Stakes (GI) at Royal Ascot.

Plus, do not forget Frosted, who dominated the Metropolitan Handicap (GI) by 14 lengths and, to a lesser extent, the Whitney Stakes (GI).

Also, even though hype for the 3-year-old colts seems kind of muted, Nyquist does own a Kentucky Derby (GI) win and the Florida Derby (GI). Should he find two more Grade I races to squeak out, he might be able to win votes.

Preakness Stakes (GI) champion Exaggerator already has three Grade I wins, and if he can improve enough to take down the Breeders’ Cup Classic, it would be hard to imagine denying him the title.

Wow, what a set of horses in line for the top award. In the end, horse racing wins because just the fact there is debate shows how passionate fans are about this sport. (With that said, go California Chrome.)

A World of Possibilities in Arlington Million XXXIV 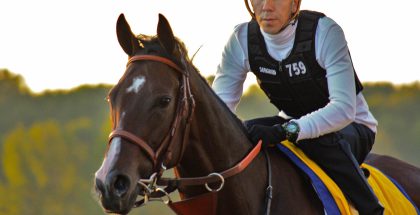 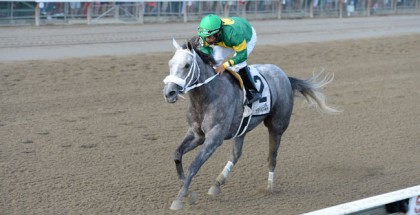 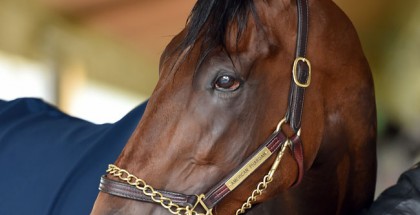