Shaman Ghost Wins Woodward at Saratoga: The 63rd edition of the Grade 1, $600,000 Woodward came down to the final exciting yards as Stronach Stable’s Shaman Ghost prevailed in a four-horse dash to the wire Saturday afternoon at Saratoga Race Course. 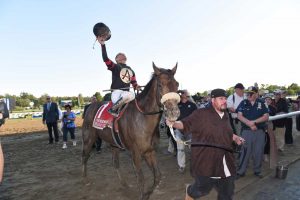 The 63rd edition of the Grade 1, $600,000 Woodward came down to the final exciting yards as Stronach Stable’s Shaman Ghost prevailed in a four-horse dash to the wire Saturday afternoon at Saratoga Race Course.
Photo: Coglianese/NYRA

Bradester led the field of nine through an opening quarter-mile in 24.38 seconds and the half in 48.43 as Shaman Ghost saved ground early along the rail in fifth, about three lengths behind the leader and two lengths ahead of 2-5 favorite Frosted on the backstretch.

Jockey Javier Castellano tipped the Ontario-bred Ghostzapper colt out on the far turn, moving alongside Frosted as the field turned for home. Approaching the eighth pole, Shaman Ghost was guided back to the inside and duked it out between horses to win by a head over Mubtaahij.

“I am very happy and satisfied the way my horse ran today,” said Castellano. “He cut the corners, saved ground on the first turn and I could see how the race was developing on the backside. When I saw Frosted moving on the outside I decided to go on the inside, cut the corners, split horses and the way he [Shaman Ghost] did it, he was very impressive today.”

Shaman Ghost, who also won the Grade 2 Brooklyn for trainer Jimmy Jerkens earlier this year, completed the 1 1/8 miles in 1:48.92, finishing a head in front of Mubtaahij. Dispatched at 9-1, Shaman Ghost returned $20 for a $2 win wager.

“We didn’t do a lot with him until we got up here,” said Jerkens. “He seemed to perk up in Saratoga, which some of them do. [In the stretch, Javier] didn’t want to break his momentum. He would have had to take hold of him to take him to the outside. He said, ‘I knew I had the horse, so I just went for it.’ He said he wanted to beat Frosted to the punch, and the only way to get the head on him was to duck down to the inside. He saw daylight and he took off.”

Frosted, who has been flawless in his two Grade 1 starts this year with scintillating victories in the Metropolitan Handicap and Whitney, broke a step slow and was put under a hand ride from jockey Joel Rosario entering the turn to finish a head behind Mubtaahij, also trained by Kiaran McLaughlin.

“He didn’t break sharp,” said Rosario. “When I’ve ridden him before, he liked to take his time. He made a nice run. He got a little bit wide but he seemed good. He just got a little tired at the end.”

Breaking Lucky finished another head back in fourth, followed by Tapin Mojo, Catholic Cowboy, Tale of Verve, Bradester and Samraat to complete the order of finish.

Spinaway Winners and the Breeders’ Cup 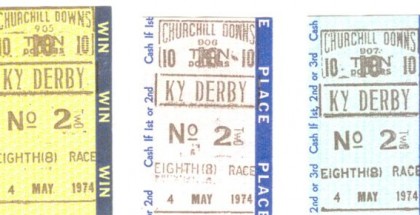 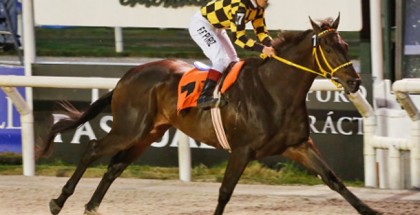 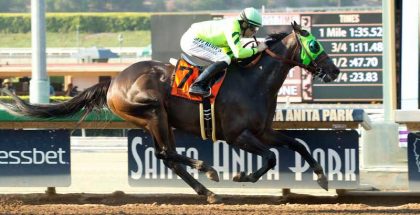 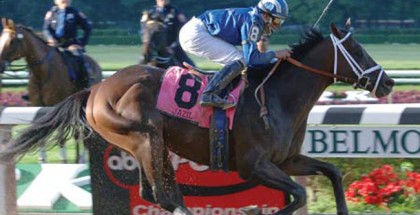