Irish Champion Stakes Highlights Possible Breeders’ Cup Turf Contenders by Reinier Macatangay: The Breeders’ Cup Challenge “Win and You’re In” Series heads to Ireland this Saturday, when Leopardstown Racecourse hosts the €1,250,000 Irish Champion Stakes (GI) for 3-year-old horses and older. In terms of handicapping, Americans might feel relatively comfortable with this race, as the horses travel 1 1/4 miles on a left-hand turf course and familiar names comprise the remaining entries, as seen on Racing Post as of Wednesday. 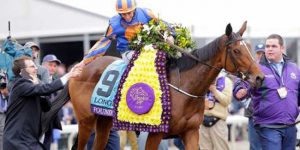 The 4-year-old filly Found, who won the Breeders’ Cup Turf (GI) last year, shows up in the list of contenders and is also possible for the Blandford Stakes (GII) on Sunday.
Breeders’ Cup Photo ©

For example, the 4-year-old filly Found, who won the Breeders’ Cup Turf (GI) last year, shows up in the list of contenders and is also possible for the Blandford Stakes (GII) on Sunday.

In case fans have not kept up, Found has remained busy this year, finishing second in the Tattersalls Gold Cup (GI), Coronation Cup (GI), Prince of Wales’s Stakes (GI) and Yorkshire Oaks (GI). She did manage to pick up a win in the Mooresbridge Stakes (GIII) back in May. It is nice to see her remain consistently good at the highest level.

For an older horse option, the 5-year-old Fascinating Rock poses a win threat and actually defeated Found in the Tattersalls Gold Cup. But, he also lost to the filly in the Mooresbridge (replay) with no visible excuse.

Most American fans also know The Grey Gatsby, the 5-year-old horse who has maintained a following throughout the last couple of years. He won the 2014 edition of this race while taking advantage of a swift pace (watch at :20 how the field spreads out), and then disappointed last year by never making an impact.

Note, The Grey Gatsby has lost nine times since the 2014 Irish Champion Stakes.

The headliner of this year’s Irish Champion Stakes seems to be Harzand, a 3-year-old colt who won the prestigious Epsom Derby (GI) and Irish Derby (GI). His short record certainly appears outstanding so far.

Attention will be given to Highland Reel as well, the 4-year-old colt who scored a nice win over Flintshire in the Hong Kong Vase (GI) last December. He owns one win this year, which came in the King George VI and Queen Elizabeth Stakes (GI) at Ascot. Recently, he finished second to Postponed in the Juddmonte International (GI).

My Dream Boat, another 4-year-old colt, enters as well, and he scored an upset win in the Princes of Wales’s over Found earlier in the year. One race later, a slow pace hindered his chances in the Coral Eclipse (GI).

Hawkbill, a 3-year-old colt, won the Coral Eclipse to pick up his first Group I victory. Unfortunately, he failed to hit the board in the Juddmonte International. Americans will recognize his sire Kitten’s Joy.

The last bit of space in this preview will go to New Bay, who finished third behind Golden Horn and Flintshire in the Prix de l’Arc de Triomphe (GI), arguably one of the top races in the world. This year, he picked up a win in the Prix Gontaut Biron (GIII). Note the victory over Highland Reel in the Prix du Jockey Club (GI) last year.

Sir Isaac Newton, Success Days, The Steward, Almanzor, Ebediyin, Long Island Sound, Moonlight Magic and US Army Ranger round out the field at the time of this writing.

ADWs usually show European races, so North American bettors should have access to wagering on the Irish Champion Stakes. Analyzing the race will be a challenge without traditional past performances though.

Only one solution to the problem – watch replay after replay on YouTube. The majority of major races overseas lie on YouTube somewhere, so in a strange sense, it encourages a more thorough style of handicapping.

Without going through the entire field, this writer chooses Harzand, and Found to finish runner-up again. 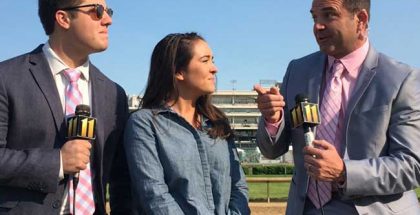 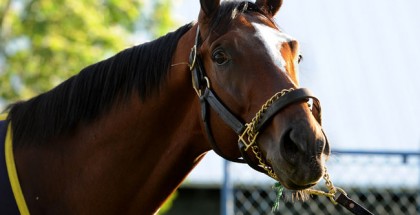 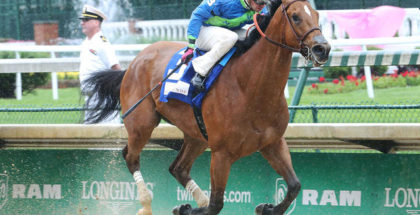