Bendable Can End Enola Gray’s Streak in Beverly J. Lewis by Reinier Macatangay: For those not aware, Los Alamitos Race Course is in the midst of a September meet, using the dates formerly held for Fairplex during the Los Angeles County Fair. While the quality of races will not match Santa Anita or Del Mar, good horses are set to compete throughout the month, such as in the $75k Beverly J. Lewis on Sunday. 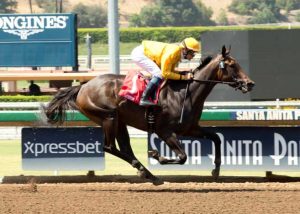 The attention will be on the California-bred Enola Gray, who seeks to keep her undefeated record going by picking up her fourth career victory in the $75k Beverly J. Lewis on Sunday. Photo: Benoit

Of course, the attention will be on the California-bred Enola Gray, who seeks to keep her undefeated record going by picking up her fourth career victory. Philip D’Amato trains and Type Baze is listed as the rider.

Bettors should not dismiss the possibility she could lose though, to Claiborne Farm’s Bendable, trained by Richard Mandella and set to be piloted by Mike Smith.

Bendable started off her career at Santa Anita, winning a short maiden sprint on June 3 by stalking up close and taking over in the stretch. The race was open to 3-year-old fillies and older.

Then, Bendable continued her good fortunes in an optional claimer on July 1, where she survived a duel to pull away by over two lengths. Again, the race was not restricted to Cal-bred fillies.

Mandella commented on Bendable’s ability after the race.

“She’s a fast filly,” Mandella deadpanned afterward (as seen on the press release). “ … She was within herself and she didn’t get rank or get excited. Like I say, she’s fast.”

In her third start, which came at Del Mar, Bendable finally lost to the speedy Bob Baffert-trained Luminance, whose progress last year was derailed by attempts to stretch her out in two-turn events. The graded stakes-placed Luminance, considering her family, is in all likelihood a dedicated sprinter and showed it last time.

The part about Luminance owning graded stakes experience is important, because it means Bendable lost to a nice runner and not just any allowance horse.

In the Fleet Street Stakes, restricted to Cal-bred fillies, Allsquare ran second and Fantasy of Luck placed third. Neither of them ever competed in a graded stakes race.

Still, experienced bettors know the public cannot resist an undefeated horse, which means Enola Gray will go off underlaid, especially in a small field such as this one.

Bendable, a full sister to the well-known sprinter Clearly Now, could be on her way to a nice career and will run as the second choice. While second choice in a five-horse field remains tough to swallow, the rest of the field is unlikely to be successful against the top two.

If a third horse must be considered, then the Baffert-trained Jade Princess is the filly to think about. Her career has been disappointing so far, but Jade Princess could mature into a better horse at any moment.

Racing fans might scoff at Los Alamitos. The facility is in a nice location though, on the same street as Disneyland and the Anaheim Convention Center. Only the grandstand is kind of awkward, because they clearly built it with a quarter-horse track in mind. Give Los Alamitos a shot and see what happens. 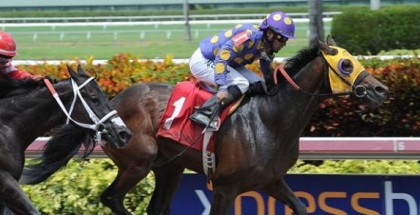 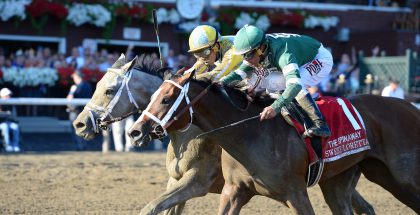