Not This Time is the Real Deal

Not This Time is the Real Deal by Jordan Sigmon: There was plenty of hype surrounding Not This Time leading up to the Iroquois, and he fulfilled and exceeded every single bit of it. Given every reason to lose, Not This Time rolled home to an overpowering victory. 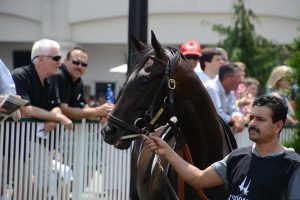 There was plenty of hype surrounding Not This Time leading up to the Iroquois, and he fulfilled and exceeded every single bit of it. Photo: Jordan Sigmon

On a track rated muddy, the striking son of Giant’s Causeway hopped at the start and was quickly shuffled back towards the rear of the field. When the field came to the top of the stretch, Not This Time quickly opened up at will and crossed the wire 8 ¾ lengths ahead of runner-up Lookin at Lee. What’s so impressive about his run, besides being further back than he would prefer, is his ability to come home in 6 1/5 while still under a hand ride. He had done this before when breaking his maiden, running his final furlong in under 12 seconds, that time also under a hand ride.

A colt that shows that much finish certainly has good implications looking towards the Kentucky Derby next year, but let’s not get ahead of ourselves, the logical next steps would be to either run back in the Breeders Futurity if he comes out of this well, or wait and just train up to the Breeders Cup Juvenile which he is guaranteed a spot in with this victory.

Dale Romans, who had constantly spoken very highly of this colt said, “He’s the real deal. He’s spooky good, and I think he’s everything I’ve always thought he was. He’s just so talented. That (slow break) wasn’t going to get him beat.

By Giant’s Causeway out of the GIIIW Trippi mare Miss Macy Sue, Not This Time is a half-brother to last year’s Breeders Cup Dirt Mile winner Liam’s Map, as well as the stakes winning filly Taylor S. Certainly Giant’s Causeway is a big stamina influence, so having that there counters his sprinting pedigree on the dam side very well. Not This Time was bred by his owners Albaugh Family Stables and is trained by Dale Romans.

Iroquois Stakes 2016 Not This Time Replay: 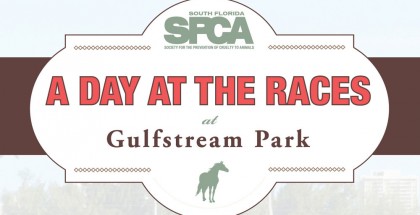 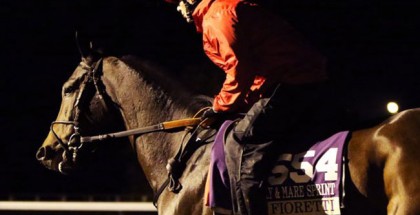 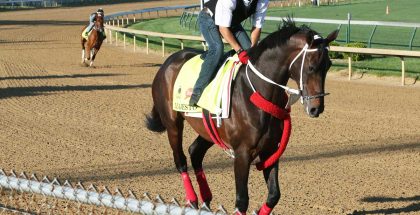 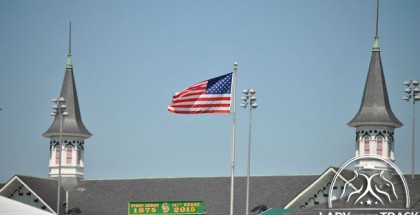