Texas Chrome All Heart in Oklahoma Derby Win: Texas Chrome continues to show he has the heart of a champion. Sunday at Remington Park he gutted out another big stakes victory, this time in the state’s biggest Thoroughbred race, the Grade 3, $400,000 Oklahoma Derby. 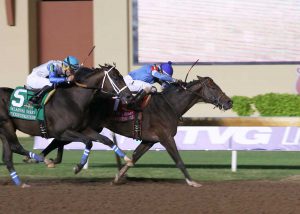 Texas Chrome continues to show he has the heart of a champion. Sunday at Remington Park he gutted out another big stakes victory, this time in the state’s biggest Thoroughbred race, the Grade 3, $400,000 Oklahoma Derby.
Photo: Dustin Orona Photography

The 3-year-old colt ran his winning streak to three straight races with his Oklahoma Derby effort similar to his effort earlier in the month when he battled for the final quarter-mile to win the Super Derby at Louisiana Downs in Bossier City, La. Sunday afternoon, Texas Chrome had to grind away down the stretch to get the best of Sticksstatelydude in the final yards to cross the finish a half-length to the good in 1:48.94 for the 1-1/8 miles over a good main surface.

Texas Chrome shows no quit and continues to impress his trainer J.R. Caldwell. “He ran a really gutsy race in the Super Derby and came out of that phenomenal. Some nice horses came in and we needed him to fire a big race, and he fired a big race. You can’t buy, or be a trainer to match what’s in that horse’s heart…gritty, huge heart, and willing to fight and dig in for big wins. That’s just the horse and what an incredible horse that he is.”

Jockey C.J. McMahon rode Texas Chrome with confidence after tracking the early pace-setter Way Striking from fifth position for the opening half-mile of the derby. When he began to advance toward the front, McMahon had to quickly adapt to the avenues that opened for him.

“My plans were to use the 1-hole to my advantage, to save ground and hopefully something would open up and it did. I was thinking outside (at top of stretch), I saw (Rafael) Bejarano (on Sticksstatelydude) still had some horse and I knew he wasn’t going to let me thought. Then I saw the inside open up, I just went for it. I knew my horse was game.”
Danny Keene is the owner of Keene Thoroughbreds of Greenville, Texas. He loves the way his colt Texas Chrome refuses to give in to his competition.

“I know the horse has plenty of heart. That’s why he runs like he does. I’ve been telling everybody that, but they don’t believe me. He’s got heart. I was really worried when he was coming down the stretch and he was squeezed in there. I can’t believe he got through there to start with. He’s not a quitter. A lot of horses will quit.”

Texas Chrome earned $240,000 for his Oklahoma Derby and runs his record to eight wins from 13 career starts. The derby is his first win in two attempts at Remington Park. The colt’s overall earnings have now reached $842,462.

A Texas-bred son of Grasshopper from the Naevus mare Margarita Mistress, Texas Chrome was bred by Craig Upham. Texas Chromes is the first Texas-bred to win the Oklahoma Derby.

Keene purchased Texas Chrome as a $10,000 yearling. “Certain things catch my eye. Maybe a high priced one will come in and if I don’t like the way he looks, I’ll just put a big ‘X’ through them. Probably only one in 100,000 come through that ever pan out. Sometimes you get lucky. I’m a firm believer that you don’t find a good racehorse, a good racehorse finds you.”

By winning from post-position No. 1, Texas Chrome is the seventh horse in the 28-runnings of the Oklahoma Derby to win from the inside post. The No. 1 post has now produced more winners of the race than any other.

Open daily at 10:30am for casino gaming and simulcast racing, Remington Park features the Bricktown Brewery on the casino floor and is the home of the $1,000,000 Oklahoma Classics on Friday, Oct. 21. Admission, general parking and valet parking are always free at Remington Park. 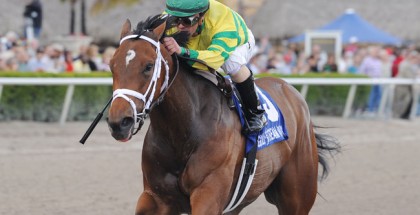 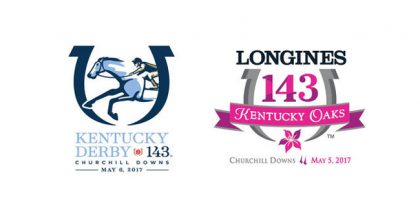 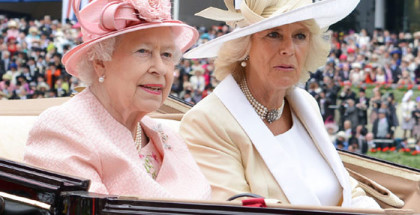 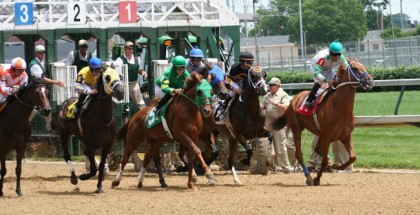