X Y Jet Set to Make a “Splash” by Laura Pugh: While all eyes will be trained on the star power bursting from California, one of the best sprinters in the nation will be making his return as well, and his name is not Runhappy. 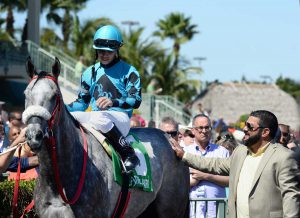 Yes, Runhappy is one of the nation’s best sprinters, and yes he is coming off an extended layoff, but there is another that has gone without much fanfare. Has everyone forgotten about X Y Jet?

X Y Jet has proved nearly unbeatable in America, putting together a five race winning streak that included wins in the Sunshine Millions Sprint Stakes and Gulfstream Park Sprint Stakes (GIII). He then flew the American colors in Dubai where he ran a tenacious second in the Dubai Golden Shaheen (GI).

Now, six months later, X Y Jet will make his return in the Vosburgh Stakes (GI). The connections did not go cherry picking for this spot, as the speedy son of Kantharos will have to face the record setting AP Indian, who enters the Vosburgh looking to capture his third consecutive grade one.

In order to win the Vosburgh, X Y Jet will not only have to overcome a six-month layoff and a new track, but he will likely have to overcome the weather. With rain forecasted to pour down in Elmont, NY starting Friday and continuing through Sunday, the Belmont Park main track will be turned into a sea of mud.

X Y Jet has many things in his favor. Blinding speed that sends his rivals reeling, and the ability to bring his A-game to any track, in seemingly any country or continent for that matter. However, he is still an unknown over an off track. X Y Jet has only ever contested over an off track once in 15 career starts and that effort came in his third start, where he finished second in a maiden special weight event.

Based off that one performance, it could be guessed that X Y Jet can handle the mud, however a maiden event is a far cry from the competition he will see in the Vosburgh. If he does handle the off going, then it could prove to be an advantage as A.P. Indian, his chief rival, finished a distant sixth the last time he faced a sloppy track.

Will X Y Jet be able to return to the form that saw him ascend the ranks of America’s top male sprinters? The Vosburgh field will not make it easy for him, but should he come with his A-game, there is every possibility that X Y Jet will give us all a strong reminder of his talents. 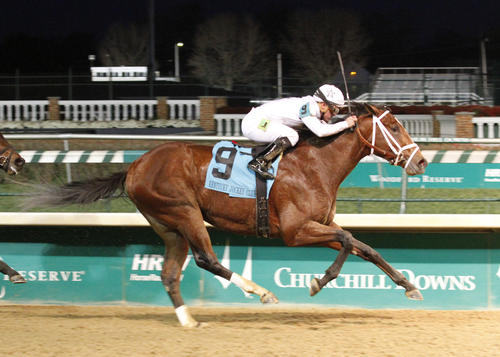 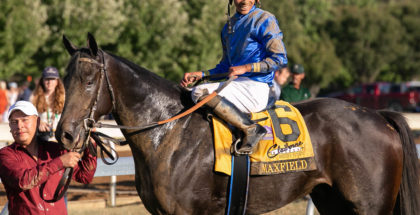 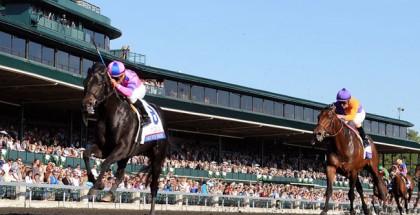