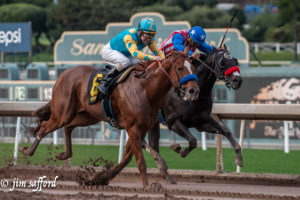 Used to be that the San Vicente Stakes (GII) at Santa Anita was an important stop on the road to the Kentucky Derby (GI). Even though last year’s winner, Nyquist, went on to win in Louisville on the first Saturday in May and the runner-up, Exaggerator, won the Preakness Stakes (GI), the race has still kind of become Santa Anita’s evil red-headed step child among Derby preps. Maybe it’s because of the seven-furlong distance or maybe because of… (more)