The Road to the Kentucky Derby (GI) has been full of twists and turns already, from having the winter book favorite, Classic Empire, be sidelined by a nagging foot issue to horses coming from nowhere to win after being completely ignored, the races thus far have not been boring. So far, there are three undefeated runners in the top ten while the fourth, Mastery, lays in wait for his sophomore debut. 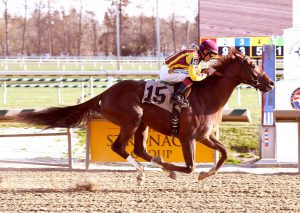 Irish War Cry (Curlin – Irish Sovereign, by Polish Numbers) – Following an awesome work for Saturday’s Fountain of Youth Stakes (GI), Irish War Cry was able to rate off his workmate and close the gap easily. While his work was not speedy, it shows the colt can rate. In the Fountain of Youth, he could attempt to rate instead of setting the pace like he did when winning the Holy Bull Stakes (GIII) last out. He has a pedigree that shows distance is not an issue.

McCraken (Ghostzapper – Ivory Empress, by Seeking the Gold) – The undefeated contender put in his first workout since an impressive win in the Sam. F Davis (GIII) his seasonal debut, logging a half-mile in :48 4/5, but came out of the move with a “very minor” front ankle injury. Trainer Ian Wilkes is optimistic that the injury will resolve itself, but wants to give it time to do so. The plan is to now go to the April 8 Blue Grass Stakes (GI) at Keeneland. 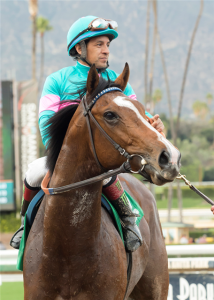 Gormley (Malibu Moon – Race to Urga, by Bernstein) – Whether he runs in the San Felipe Stakes (GII) or ships to Oaklawn to run in the Rebel Stakes (GII), he will face one of Bob Baffert’s top charges once again. However, Gormley is improving and maturing. He started in the Breeders’ Cup Juvenile (GI) in only his third lifetime start, and his immaturity showed. However, in the Sham Stakes (GIII) last out, he battled all the way down the lane with a very game American Anthem to prevail. I still speculate if he will be best at 10 furlongs, but for now he’s given every indication that he will be just fine.

El Areeb (Exchange Rate – Feathered Diamond, by A.P. Indy) – This horse is a winning machine. Trainer Cathal Lynch decided to start the colt in Saturday’s Gotham Stakes (GIII) because he is “tearing down the barn.” The Exchange Rate colt has won his last four races by a combined 29 ½ lengths and while he is obviously improving and showing he loves to run, can he compete with the best of them? His sire has never been represented by a runner who wanted 10 furlongs, but the stamina on his dam’s side may be enough to get him there. 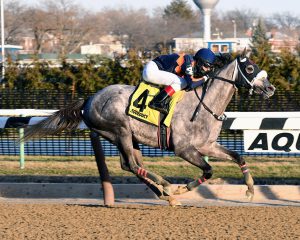 American Anthem (Bodemeister – Indy’s Windy, by A.P. Indy) – In only two starts, American Anthem has caught the eye of many and while he barely won his debut in a six-furlong sprint, he battled gamely and nearly defeated Gormley in the Sham Stakes last out. He will likely start next in the Grade II Rebel Stakes at Oaklawn, where he will possibly face Petrov, Untrapped and one of the two Shirreffs-trained horses, either Gormley or Royal Mo.

Gunnevera (Dialed In – Unbridled Rage, by Unbridled) – While he was nowhere close to closing in on Irish War Cry in the Holy Bull, his ability to maintain his momentum and sit closer to the pace than expected makes that effort a sneaky good race. The longer the distances get, the more likely his closing kick will be felt. While he is more of a pace-dependent horse, he was able to keep close and showed some versatility last time. His next start is Saturday’s Fountain of Youth. 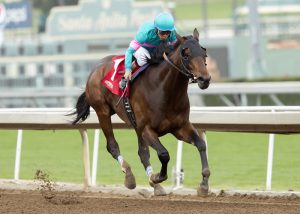 Royal Mo (Uncle Mo – Royal Irish Lass, by Saint Ballado) – Royal Mo was an impressive winner of the Robert B. Lewis Stakes (GII) last out, where he defeated a short field, but was recently flattered by a strong win by runner up Irap. Royal Mo will start in either the San Felipe or the Rebel, but it is undecided thus far. His most recent work was a nice six furlongs in 1:15 2/5 and if he matures as well as it seems he is doing, Victor Espinoza is going to have to make a choice — Royal Mo or Gormley?

Girvin (Tale of Ekati – Catch the Moon, by Malibu Moon) – A surprise winner of last week’s Risen Star Stakes (GII), trainer Joe Sharp has a Kentucky Derby contender. The 50 points the colt earned in the race is close to the cutoff point to make the Derby gate, so any other wins on the Triple Crown trail are mostly bonus. Girvin has a pedigree that is more of a miler-type, but Malibu Moon is still at the beginning of his broodmare sire career yet still has a multiple graded stakes winner in Stellar Wind (by Curlin). Girvin came out of the Risen Star well and is likely for the Louisiana Derby (GII). 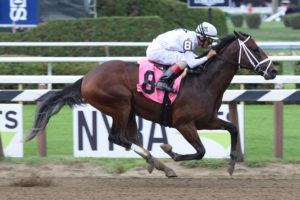 One Liner breaking his maiden at Saratoga on July 23, 2016. Photo: NYRA

One Liner (Into Mischief – Cayala, by Cherokee Run) – With the highest speed figure of his crop thus far, One Liner won the Southwest Stakes after sitting right off the pace and breaking through in the stretch. Pedigree, however, is very likely to do him in at 10 to 12 furlongs. Trainer Todd Pletcher has a great record in the Kentucky Derby preps, but seems to have a bit of a tough time getting another win in the Derby. This horse is fast and horses can outrun pedigree, but how far will he truly want to go?

Guest Suite (Quality Road – Guest House, by Ghostzapper) – After a disappointing fourth in the Risen Star, it seems that the off track moved this horse up quite a bit when winning the LeComte Stakes two starts back. Could Guest Suite be another Exaggerator, where he is obviously better on a wet track than a fast track? While his fourth wasn’t dismal, it was discouraging enough to keep him from ranking above others on this list. 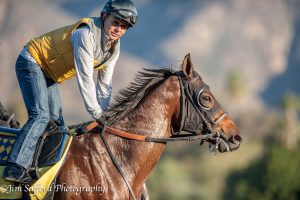 Mastery (Candy Ride – Steady Course, by Old Trieste) – Deciding to leave him out of the top ten was tough, but him not starting until this weekend and likely only having two preps before the Derby is a bit discouraging. But who am I to question Bob Baffert? If Mastery wins the San Felipe in his seasonal bow, he will be right back up toward the top. His company as a 2-year-old was questionable in terms of quality, but he could push those doubts out with an impressive win.

Classic Empire (Pioneerof the Nile – Sambuca Classica, by Cat Thief) – A nagging hoof issue caused the colt to not only tire out in the Holy Bull after he got worked out, but has now kept him out of the Fountain of Youth. While he was champion 2-year-old, it does not guarantee that he can replicate those efforts at age three. If he can heal up and get a race into him where he can garner some points, he still has a chance to make Run for the Roses. Whatever happens, trainer Mark Casse and his son Norman will do right by their horse.

For Future Book odds on all the potential Kentucky Derby starters, go to: 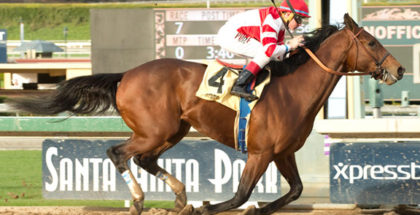 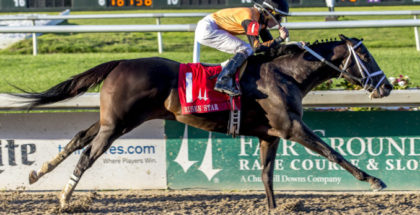 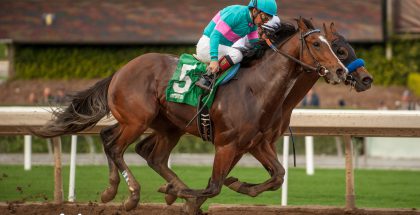