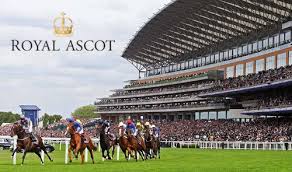 A year ago, Royal Ascot racegoers — as well as horseman — braced themselves for rain of biblical proportions. This year, everyone headed toward Berkshire, England, is bracing themselves for an unusual heat wave at least through Wednesday with highs reaching into the upper 80s. Anyone who knows anything about London area knows that these kinds of temperatures and dry conditions are rare to say the least.

With the impending heat wave, it’s a good bet the course will be good to firm at least until the forecast calls for some rain on Thursday. Clerk of the Course Chris Stickles began watering the entire surface, both the straightaway and round courses, last week in anticipation of the dry conditions. One has to think the firmer conditions will favor the handful of Americans shipping in to attack Europe’s elite racehorses and their connections.

This year, the entire week’s festivities, from every royal procession to the last horse crossing the finish line in the last race of the day, will be on NBC Sports Network beginning each morning at 8:30 a.m. ET.

Of the six races carded for Tuesday’s opening day, three are group 1s and another is a group 2. The curtain-raiser and co-feature of the day is the Queen Anne Stakes (GI), which was named for the founder of Ascot Racecourse and boasts an amazing list of winners over the history of the about one-mile event, including the legendary Frankel, Goldikova, Cape Cross, Kalanisi, Intikhab, Barathea, Warning and last year’s champion, the fan favored American invader Tepin. 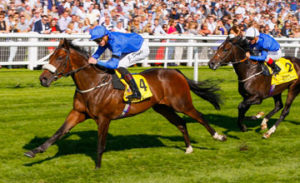 Godolphin’s Ribchester will face 15 rivals and is the early favorite after winning last month’s Al Shaqab Lockinge Stakes (GI) at Newbury. He also won over this course, albeit a much softer course, in the Jersey Stakes (GIII) a year ago and was then second in the Queen Elizabeth II Stakes (GII) here in October. The Richard Fahey-trained 4-year-old is one of three representatives for Godolphin and will head postward with stablemate and pacemaker Toscanini and the Charlie Hills-trained Dutch Connection.

Todd Pletcher will be in top hat and tails to send out WinStar Farm’s Makers 46 Mile (GI) hero American Patriot, who will break from the rail under champion jockey Frankie Dettori, and Maryland-based conditioner Graham Motion is back with Miss Temple City, who races for the first time since capturing the December 4 Matriarch Stakes (GI) at Del Mar.

Other contenders include the William Haggas-trained Mutakayyef, Roger Varian’s Ennaadd and Jane Chapple-Hyam’s Kaspersky, who will be ridden by Melbourne Cup-winning jockey Michelle Payne. 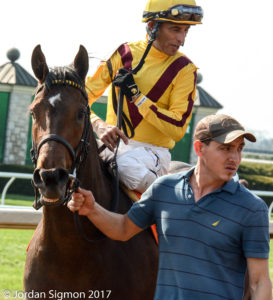 A jam-packed field of 18 is expected in the five-furlong King’s Stand Stakes (GI), including American invader Lady Aurelia, who won here a year ago in the Queen Mary Stakes (GII) and followed it up with a victory in the Prix Morny (GI) at Deauville. The Wesley Ward-trained daughter of Scat Daddy returned to winter in the United Stakes and won the listed Giant’s Causeway Stakes at Keeneland in April as her main prep for her return to Ascot.

Ward became the first American-based trainer to achieve a winner at the iconic Royal Ascot meeting in 2009 when hitting the mark with 33-1 chance Strike The Tiger and has since added six more winners, including Lady Aurelia.

Like all Royal Ascot stakes events, the King’s Stand Stakes is deeply rooted in history and boasts a number of global champions as previous winners since it was first run in 1860, including two-time winner Sole Power, Scenic Blast, Takeover Target, Choisir, Pivotal, Sheikh Albadou, Last Tycoon and Irish Horse of the Year Sole Power.

Group 1 winner Marsha, fresh off her Palace House Stakes (GIII) win at Newmarket six weeks ago, will provide a tough test for Lady Aurelia. The winner of last year’s Qatar Prix de l’Abbaye de Longchamp (GI), Marsha is trained by Mark Prescott, who has pushed a friendly rivalry in the press between the daughter of Acclamation and Lady Aurelia.

Other notable names in the King’s Stand Stakes include the Clive Cox-trained Priceless, who looked the part winning Haydock Park’s Temple Stakes (GIII), and stablemate Profitable, who won this event last year. Goldream, who captured this event in 2015 and who hasn’t won a race since October of 2015, aims to regain his title in here for trainer Robert Cowell.

Other leading runners include French invader Signs Of Blessing, the William Haggas-trained Muthmir and Aidan O’Brien’s Washington DC, who won the listed Windsor Castle Stakes over the course and distance two years ago. American fans know him best as an also-ran in the Breeders’ Cup Turf Sprint (GI) at Santa Anita nearly nine months ago.

Eight are expected for the day’s feature, the St. James’s Palace Stakes (GI), an about one-mile turf dash for older runners. 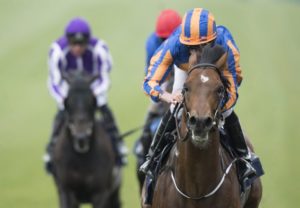 Coolmore will send out the once-defeated classic winner Churchill and the Aiden O’Brien-trained son of Galileo will be looking for his eighth consecutive win and fifth in grade 1 company after taking the Irish Two Thousand Guineas (GI), English Two Thousand Guineas (GI), Dubai Dewhurst (GI) and Irish National Stakes (GI). The colt, who broke his maiden at Royal Ascot a year ago, has done nothing wrong in the mornings or afternoon since and is a legitimate favorite here. Regular jockey Ryan Moore returns.

O’Brien began his assault on Royal Ascot 20 years ago and has won 55 group 1s at the prestigious meet since and strengthens his hold on this event by sending out group 2 winners Lancaster Bomber and Peace Envoy.

Trainer Richard Hannon sends out Godolphin’s lightly raced Barney Roy, who was second to Churchill last out after a very troubled break. The son of Excelebration is one stumble shy of being undefeated and while Churchill has proven to be a tough competitor Barney Roy has shown a tremendous amount of promise in his three-race career.

UAE Derby (GI) winner Thunder Snow was back in action late last month at The Curragh and was second in the Irish Two Thousand Guineas. Trainer Saeed bin Suroor expressed that he believes Thunder Snow to prefer the softer going, which makes sense considering he won the Criterium International at Saint-Cloud over soft going last year, but with his best will be a legit threat. American fans remember him best for his performance out of the starting gate in the Kentucky Derby (GI), where he broke poorly and was bumped hard, which seemed to have made him angry enough to launch a bucking tirade down the stretch before jockey Cristophe Soumillon got him pulled up safely.

The William Haggas-trained Rivet returns to action after a couple of decent runs in the French Guineas (GI) and French Derby (GI). He won the Racing Post Trophy (GI) as a 2-year-old. 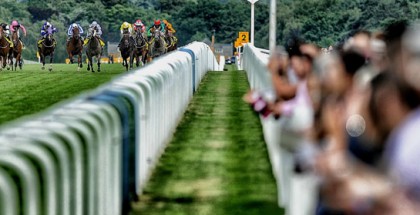