Home » Horses We Love » Songbird Stands Out In Delaware Handicap

Songbird Stands Out In Delaware Handicap

A field of just six will line up and race the classic distance of 1 ¼ miles in Saturday’s $750,000 Delaware Handicap (GI) at Delaware 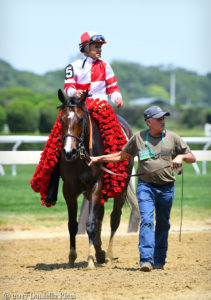 Park, a rare handicap for distaffers, and all eyes will be on dual champion Songbird.

Unfortunately, the race looks on paper to be a one-horse affair and while it’s a dangerous dance with fate to crown winners before races are run, it’s hard to imagine a different outcome than a dominant performance from the Fox Hill Farm color-bearer.

It’s going to be brutally hot and humid in Wilmington on Saturday with highs in the mid-90s and humidity just about as high. Afternoon thunderstorms are expected, so a wet track is likely.

Since it was first contested 80 years ago, the Delaware Handicap has gradually grown in stature and prominence on the racing calendar for distaffers and some exceptionally notable runners have contested the early summer feature. Obeah, in whose name the prep was named and who most remember as… (more) 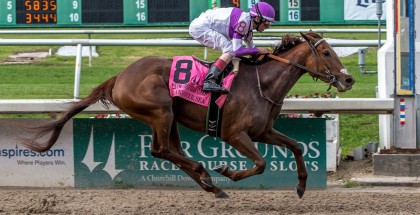