Home » Horses We Love » Masochistic To Mulhall For Second Career

Masochistic To Mulhall For Second Career 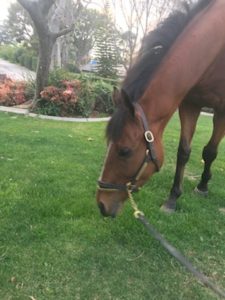 Los Pollos Hermanos and Jay Em Ess Stable’s Grade 1 winner Masochistic, who was retired on Sunday after finishing in front of just one rival in the Sensational Star Stakes for California-breds at Santa Anita, will begin his second career as a riding horse under the care of trainer Kristin Mulhall, the young trainer said Monday. The 8-year-old gelding joins 2016 Breeders’ Cup Mile (GI) winner Obviously, who was given to Mulhall last summer to begin his second career, also as a riding horse.

Mulhall picked up Masochistic at trainer Bob Baffert’s barn on Monday and hauled him to her Covina Hills home, where he’ll get some time to relax before embarking on the next stage of his life. He’ll also spend much of his time watching over her broodmares and riding horses, a mule or two, a pair of goats, a wolf hybrid and a handful of dogs, among other new friends.

“I knew for a while I was going to get him [when his racing career was over],” Mullhall said. “My friend… (more)

Simon Says: Stop It! Justify Is Not Going To Win The Kentucky Derby! 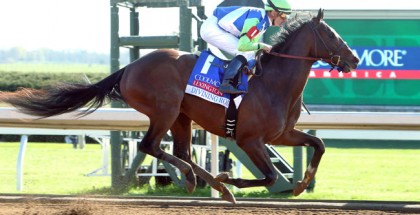