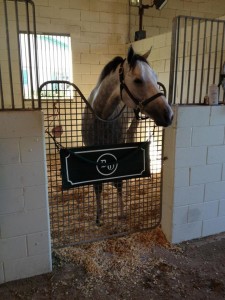 He’s Had Enough will break from post position #12 in the UAE Derby with 15-1 odds.

He’s Had Enough currently has six points on the 2013 Kentucky Derby Leaderboard. He is trained by Doug O’Neill and will carry jockey Mario Gutierrez to the finish line. He’s Had Enough breaks from post position number twelve with 15-1 odds.

I’m no expert but I’m putting my shoe shopping money on Snowboarder with 25-1 odds. Zahee and Snowboarder had earlier placed in the Group 3 U.A.E. Two Thousand Guineas. They are the only two who will have competed in all three legs of the 2013 UAE Triple Crown. I also like He’s Had Enough simply because he’s a grey horse!

Post time for the Dubai World Cup is 4:30 PM, approximately 8:30 AM EST for us in the States. The UAE Derby should take place shortly before that.

Lady and The Track would like to wish all of the contenders in the 2013 UAE Derby the best of luck! Good Luck! Safe Run! 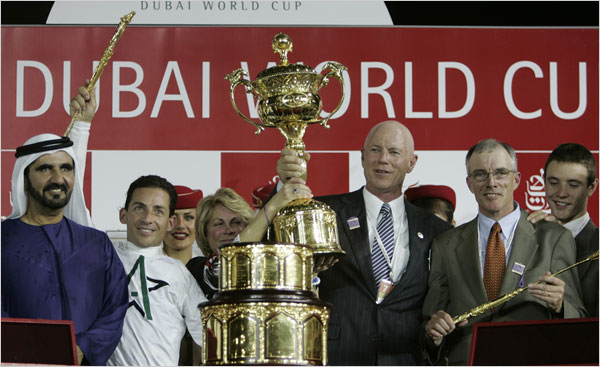