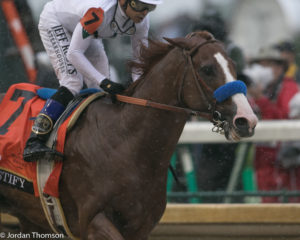 For such a highly regarded Kentucky Derby (G1) favorite, WinStar Farm, China Horse Club, Head of Plains Partners and Starlight Racing’s Justify sure had a lot of people asking a lot of questions about whether he was up to the task. Was he too lightly raced? Would the Curse of Apollo defeat him? Would he ship successfully? Could he get the distance?

And seemingly without even taking a deep breath, the flashy chestnut son of Scat Daddy answered them all and then some, adding an exclamation point for good measure with his impressive victory by 2 ½ lengths in the 144th running of the storied race held Saturday at Churchill Downs. 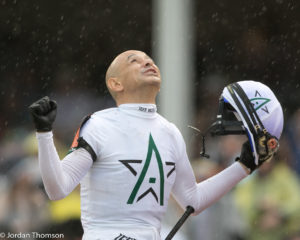 Under his regular pilot, Hall of Famer Mike Smith, the Bob Baffert-trained colt beat a talented field of 19 other sophomores, some call the best assembled under the Twin Spires of Churchill Downs in years.

“He just put himself up there with the greats,” Baffert said. “It takes a horse, you know, like American Pharoah. We knew he was… (more)

In-Depth Look at the Kentucky Derby 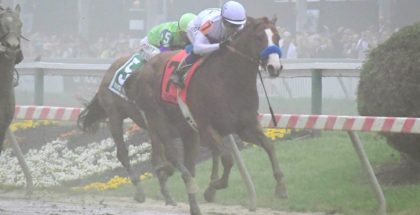