Home » Horses We Love » Monomoy Girl On Her Way To Greatness

Monomoy Girl On Her Way To Greatness 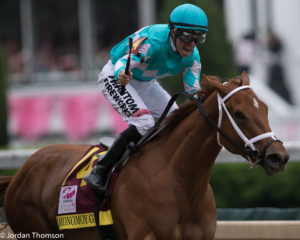 In all sports, greatness is defined in many different ways, often with championships. With the Breeders’ Cup World Championships just a mere three months away, this is the time of year where horse racing’s most talented horses begin to emerge on the road to the year-end Championships.

The daughter of Tapizar has shown her versatility with closing scores on the turf, front running wins on the dirt, as well as closing wins on the dirt. The Brad Cox-charge has shown she literally can do anything jockey Florent Geroux ask of her.  Her character was displayed in the Kentucky Oaks (G1) when she broke from the far outside post, looked a challenge in the eye from Wonder Gadot in the stretch, and fought back to score in the biggest race in the country for three year old fillies.

The thing that has amazed me about this little filly is the fact that if you look at her speed figures, she’s literally improved or… (more)

Del Mar Set For 79th Season Of Racing By The Sea 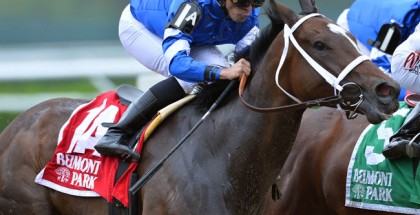