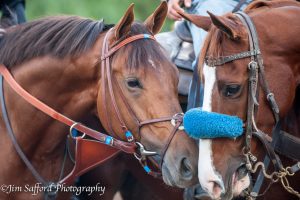 Nine will go to the gate for Saturday’s $200,000 San Diego Handicap (GII), the traditional prep for the Pacific Classic in a month’s time and a rare event for the older male runner division in that horse are assigned varying weights. While this year’s field doesn’t have the hype of North America’s richest racehorse making an appearance like last year’s did, a solid field of older horses will head to the gate in the 1 1/16-mile feature over Del Mar’s main track.

The weather in Solana Beach is expected to be typically beautiful on Saturday, with afternoon highs in the upper 70s and with a sea breeze, as always, to keep conditions cool. The intense humidity is back, however, so it will be warm and muggy all day. Expect a fast main track for this main event, which has been carded as the seventh race of the day. Post time has been set for 5:00 p.m. PT.

Long before California-bred fan favorite Best Pal won the inaugural Pacific Classic 27 years ago and that race became the premier event for handicap stars on the California summer calendar, the San Diego Handicap was consistently featuring some of the West Coast’s best handicap horses. Named for California’s beautiful coastal city, the San Diego was first run during Del Mar’s debut season in 1937 and has grown in prominence and stature on the national racing scene in recent years.

The great California-bred gelding Native Diver was the first to put the race on the national map, winning it three times from 1964 to 1966. The Hall of Famer’s story is not so different from that of the 2016 winner, dual Horse of the Year California Chrome — both Cal-breds were out of inexpensive mares who were bred to young and unproven stallions, both ran well beyond their pedigree expectations and both represent somewhat humble California connections.

A year ago in the San Diego… (more)

Monomoy Girl On Her Way To Greatness