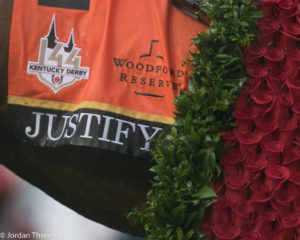 WinStar Farm, China Horse Club, Head of Plains Partners and Starlight Racing’s Triple Crown winner Justify has been retired after a perfect record of six wins from six starts and earnings of $3,798,000.

The handsome son of Scat Daddy developed some filling in an ankle following his June 9 Belmont Stakes victory and only trained a handful of times after returning to his home base of Santa Anita.

The son of Scat Daddy will parade before fans one final time at Del Mar on Saturday, after which stud plans will be finalized.

“Justify had some filling in his ankle, and he is just not responding quick enough for a fall campaign,” trainer Bob Baffert said. “We all wanted to see Justify run again, but ultimately it is my responsibility to make sure he is perfect. Without 60-90 days, I can’t be definite.”

Though co-owner and managing partner WinStar is also a thriving thoroughbred breeding operation, rumors of a potential sale to various other entities have swirled about the colt for months and his future at the Kentucky nursery is questionable. Some of the names believed to be interested in Justify… (more) 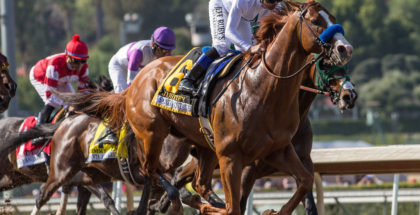