Home » News » Put The Horse First: An Opinion From A Dedicated Fan

My Perspective: Hollendorfer Ouster A Tough But Necessary Decision 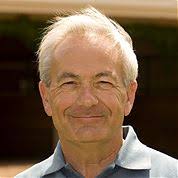 Barely 48 hours ago, while filling my gas tank on the way home from volunteering at a therapeutic riding facility, I checked my email to find a News Alert from Thoroughbred Daily News, and shortly afterward, the Paulick Report, announcing The Stronach Group’s decision to force the removal of Hall of Fame trainer Jerry Hollendorfer from Santa Anita, as well as all other Stronach-owned tracks. I was aghast. As I read the TDN article, which recounted 19 drug related sanctions against the trainer as well as 15 drug related offenses over the last 14 years, my immediate reaction was shock, but not at the ouster of Hollendorfer, but at the fact that all these offenses were unknown to me.

My first reaction was to comment on a Paulick Report story on what I had read in the TDN article and to say that if these offenses were true, the removal of Hollendorfer from Santa Anita, coupled with the fact that six of his horses had died on Stronach tracks since December, seemed the right response. I also tweeted a link to the TDN article and my opinion. In the intervening 24 hours, simply as a result of doing that, I’ve been called a zealot and a PETA sympathizer (I’m neither). I’ve been insulted by someone who said I should “do my homework” when simply reporting what the TDN article stated. I’ve been called the “reason I’m leaving Twitter” by someone who didn’t agree with my posts, and was admonished by another who said that I m not entitled to express an opinion on this issue because I don’t live in California.

I don’t consider myself a racing insider. I don’t own racehorses, I’ve never hired a professional trainer, my livelihood isn’t dependent on racing, and I rarely wager. I just love the sport, and the beauty and power of the American Thoroughbred. I don’t have an inside track to backside information, and I’ve never claimed to. I just read and talk to a lot of people, again, because I love the sport. I don’t know Jerry Hollendorfer personally, nor do I have an axe to grind with him. In short, I know there’s a lot I don’t know.

Having said that, I’m truly amazed at the dogmatic and violent reactions I’ve encountered from people who claim they care about the future of American racing and the importance of putting the horse first. While I don’t agree with many of the things The Stronach Group has done or failed to do in this whole Santa Anita mess, the ouster of Hollendorfer alone does not demonize them in my eyes. Life is seldom simple. Sometimes bad people do good things, and vice-versa.

Imagine, dear reader, that you are in charge of Santa Anita, instead of the “evil, malicious, incompetent, greedy” Stronachs. For six months you’ve endured intense public scrutiny, and struggled to find a way to continue racing in the face of 29 horse deaths at your track. I urge you, just for a minute, to suspend disbelief at what caused those deaths, and to at least consider that something other than the track surface alone might have contributed to them.

On Friday June 21, CNN ran a story targeting Jerry Hollendorfer, among others, as trainers under investigation for an inordinate number of equine deaths at your tracks (three at Santa Anita and two at Golden Gate Fields for Hollendorfer alone.) The very next morning, after the story airs, another Hollendorfer trained horse breaks down at Santa Anita and has to be euthanized. What do you do? Issue a statement of support for Hollendorfer? Ignore it and say nothing? Give him a slap on the wrist as has always been done in the past? Or step up and do the unthinkable — tell him he’s no longer welcome at your facilities?

Here are some of the most popular social media defenses that have been offered for Hollendorfer so far:

What is the answer going forward? In my opinion? No race day meds, period. We need a zero-tolerance policy for drug offenses, just like other professional sports. Due process: yes. Appeals process: yes. But once convicted, you’re out, either temporarily or permanently, depending on the offense. We also need more random out-of-competition testing everywhere, along with uniform laboratory and testing standards. And yes, we need a commissioner and a central governing body with the power to enforce. It shouldn’t be up to the Stronachs alone to decide what’s right, good or fair for racing in California or elsewhere, and they shouldn’t be hung out to dry when that role is forced upon them by the lack of an entity with teeth to enforce consistent, well-understood rules over all jurisdictions nationwide.

The bottom line is simple: put the horse first. The same people who mouth this platitude are some of those defending Hollendorfer. If you really mean to put the horse first, you’ll inevitably be required to make some hard choices and do things you wish you didn’t have to. Now is one of those times. You can’t say you are putting the horse first, and then make excuses for someone who didn’t.