Chewy has all of your horse supplies and the best news is during this pandemic they can deliver right to your door. Click to browse and save! And remember, shipping on orders of $50 or more is free!

Grade 1 Winner May Make Rescheduled Kentucky Derby After All 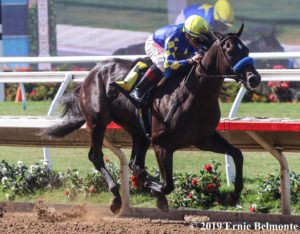 Grade 1 winner Eight Rings’ second chance to run for the roses begins Saturday at Oaklawn when he makes his 2020 debut in the $100,000 Bachelor Stakes for 3-year-olds at 6 furlongs.

Eight Rings entered 2020 as one of the country’s leading Kentucky Derby candidates, but didn’t come around as fast as Hall of Fame trainer Bob Baffert had hoped and won’t make his 3-year-old debut until a week before the traditional date of the Kentucky Derby. But owing to the Covid-19 crisis, the Kentucky Derby has been moved from May 2 to Sept. 5 and Eight Rings is back in the game.

“He wasn’t going to make it, but now it gives him a chance,” Baffert said.

Eight Rings is the 5-2 program favorite for the Bachelor, which will mark his first start since finishing a well-beaten sixth in the $2 million Breeders’ Cup Juvenile (G1) Nov. 1 at Santa Anita. The son of Empire Maker had been poised for an Eclipse Award as the country’s champion 2-year-old male after a front-running six-length victory in the $300,000 American Pharoah Stakes (G1) Sept. 27 at Santa Anita. 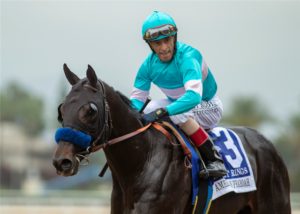 Baffert said he considered launching Eight Rings’ 3-year-old campaign in the $200,000 Oaklawn Stakes at 1 1/8 miles April 11 before opting for the Bachelor, which has drawn a field of nine, including the Tom Amoss-trained speedster, Long Weekend.

“Jimmy said he’s doing great,” Baffert said. “The horse, he’s happy, his mind’s right. His mind wasn’t right for the Breeders’ Cup. We expect a big run from him. If he gets away clean, he should be really tough.”

Eight Rings is scheduled to break from post 7 under Joel Rosario and carry equal top weight of 119 pounds. The early 3-1 second choice is Long Weekend, who exits a sparkling 4 ¾-length gate-to-wire victory in the $90,000 Gazebo Stakes March 21. Long Weekend (3 for 4 overall) has led at every point of call in his victories. The Majesticperfection colt recorded the most lopsided victory since the Gazebo was inaugurated in 2012.

Long Weekend is scheduled to break from post 9 under Joe Talamo and carry 119 pounds.

“He’s very fast and he’s very, very good from the gate,” Amoss said. “I don’t really know what Eight Rings is going to do out of the gate. My guess is, not having run since November and being pretty fresh, he’s going to show speed. That’s my guess. And he is the other speed in the race, in my opinion. Joe’s going to have to put his thinking cap on and decide what he wants to do against whatever that horse does out of the gate. The advantage we have is be able to look over to our inside watching as we leave the gate, and I think our plan will be made from there. But, certainly, we’re going to be prominent early, if not on the lead.”

“It looks like a pretty solid bunch,” Baffert said.

Sir Rick, a supplemental nominee, will be adding blinkers for trainer Robertino Diodoro. Ginobili worked 5 furlongs in 1:02 Friday morning for trainer Richard Baltas, who said earlier this month that he was considering running the colt long.