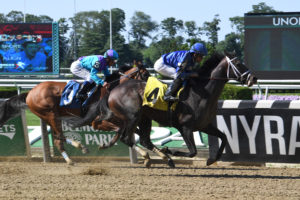 Saturday is going to be a big day at Oaklawn Park in Hot Springs. In addition to the two divisions of the Arkansas Derby (GI), this track will host one other graded stakes race and a string of allowance races which have drawn some very recognizable names.

Race five is a showdown between some talented stakes winners and stakes-placed runners like Bankit, Endorsed, Pirate’s Punch and Long Range Toddy.  The Steve Asmussen-trained Bankit is no stranger to Oaklawn Park, having finished second in the track’s Razorback Handicap (GIII) and third in the Oaklawn Mile Stakes. The Bill Mott-trained Endorsed has been running against some tough competition, like last year’s Travers Stakes (GI) and the Santa Anita Handicap (GI) two months ago, and therefore should feel much class relief in this spot. Pirate’s Punch wowed in his most recent start at Oaklawn Park by recording a triple-digit Beyer Speed Figure and Long Range Toddy, who is trained by Dallas Steward, hasn’t won since the Rebel Stakes (GII) here last year but likes this track and has won him some fans. 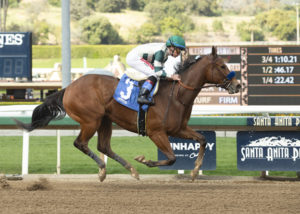 Race seven features an overflow allowance field of some very exciting three-year old fillies racing 1 1/16 miles. Topping the list is Gamine, a Bob Baffert-trained daughter of Into Mischief who impressed with her 6 ¼-length victory in her debut in March. This will be just the second start of her entire career and hopes are high that she will perform just as well as she did in at first asking. Florida-bred Speech, who finished second in the Santa Ysabel Stakes (GII), will load just two gates outside of Gamine and also ships in from California. The Mike McCarthy-trained Mr. Speaker filly will carry Hall of Famer Javier Castellano for the first time. 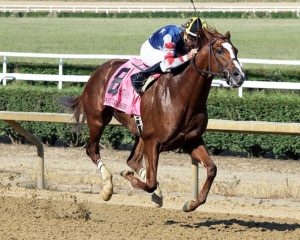 Between the two divisions of the Arkansas Derby is one of the most exciting races of all, the Oaklawn Handicap (GII). A race with a storied history and long list of legendary previous winners, like Cigar, Medaglia d’Oro, Best Pal, Opening Verse, Snow Chief, Turkoman, Wild Again and Cox’s Ridge, just to name a few, has attracted some of the top horses in the game right now. The Dale Romans-trained Mr Freeze is coming into the race off of a victory in the Gulfstream Park Mile Stakes (GII) last out and he also finished second in the Pegasus World Cup Invitational (GI) and third in the Clark Stakes (GI). 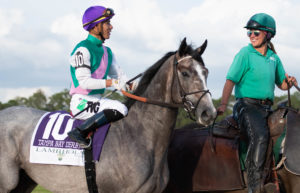 Santa Anita Handicap (GI) winner Combatant ships in from California for trainer John Sadler and will break from post seven. He finished third in the San Pasqual Stakes (GII) earlier this year too and has been working out exceptionally well at Santa Anita Park in preparation for this race. The beloved Tacitus is making his first start back home since his fifth-place finish in the Saudi Cup at the end of February. Though this colt hasn’t won a race since the Wood Memorial (GII) in April of 2019, he has hit the board in some of the toughest races in this country, finishing in the money in the Kentucky Derby, Belmont Stakes, Jim Dandy, Travers Stakes, and Jockey Club Gold Cup. 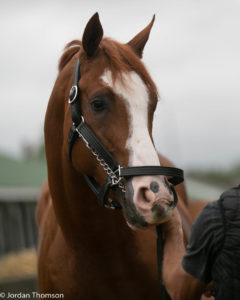 By My Standards will be looking to get his first victory outside of Louisiana, where he won the Louisiana Derby (GII) in 2019 and the New Orleans Classic Stakes (GII) at the end of March in his last start. It will be the colt’s third race since taking a long break after an 11th place finish in last year’s Kentucky Derby.

Breaking from the outside post in the Oaklawn Handicap is Improbable, the Bob Baffert trainee who is known to act up in the starting gates. This chestnut son of City Zip has finished second in all three of his career races at Oaklawn Park — the Rebel Stakes (GII), Arkansas Derby (GI) and most recently the Oaklawn Mile Stakes.

Once again Oaklawn Park will be horse racing’s centerpiece on Saturday. Top jockeys and trainers will descend on the Hot Springs oval for one of the better cards offered during the global pandemic that has shut down most tracks. Not only will at home spectators see two full fields of 3-year-olds battling for Kentucky Derby points, but they will also be treated to some of the best older horses in the game and some exceptional allowance and maiden events filled with promising colts and fillies. 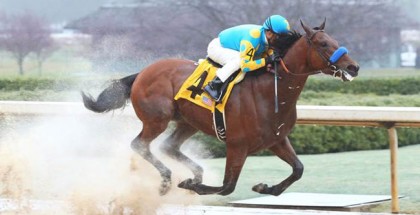