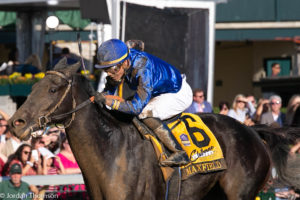 Godolphin’s homebred Maxfield, unraced since winning the Breeders’ Futurity (GI) at Keeneland nearly eight months ago, will face 11 other sophomores in Saturday’s $150,000 Matt Winn Stakes (GIII), presented by Woodford Reserve, on Saturday at Churchill Downs. The 1 1/16-mile main track test is now a part of the added races to the Road to the Kentucky Derby challenge series and offers points to the top four finishers on a 50-20-10-5 scale to make the gate for the Kentucky Derby (GI), which has been rescheduled for September 5 due to the Covid-19 pandemic.

Maxfield, a son of 2007 Kentucky Derby winner Street Sense and the Bernardini mare Velvety, is undefeated in two starts and was considered a leading contender for the Breeders’ Cup Juvenile (GI) before being scratched less than 24 hours after entries were taken due to a slight injury to his right front leg. The Brendan Walsh trainee was subsequently given some time off, but had been in training for the past several months waiting out the restrictions when Churchill Downs announced they’d open and this race would become a Derby prep with points.

“The biggest difference we have all noticed with him from last year to this year has been his physicality,” Walsh said. “We never really questioned what he was like mentally but you can tell when we got him back to training he’s really filled out physically.”

And despite his winning record of two wins from two starts, Maxfield hasn’t had the best luck when breaking from the gate, a situation his team worked on over the past eight months.

“Jose (Ortiz) worked him from the gate two works ago and he broke very sharply,” Walsh explained. “We never really expected to have those gate issues last year but I’m hoping those are behind him now.”

Also entered for the Matt Winn is Louisiana Derby (GII) runner-up Ny Traffic, who ships in from trainer Saffie Joseph Jr.’s Gulfstream Park base. The son of Cross Traffic was most recently second to Wells Bayou in the March 21 Louisiana Derby (GII) and was also third in the Risen Star Stakes (GII), both at Fair Grounds.

Major Fed, who was a neck in front of Ny Traffic in the Risen Star, came back to finish fourth in the Louisiana Derby and after those two significantly troubled trips the Greg Foley trainee has been doing well since, according to the conditioner, and is ready for Saturday.

“Hopefully we will finally get lucky with a good trip,” Foley said. “He ran two really hard races in the Risen Star and the Louisiana Derby. We just got a little bit unlucky with our trips.”

The field for the Matt Winn, which is the day’s 10th with a post time of 5:44 p.m. ET, in post position order with riders and trainers, is: 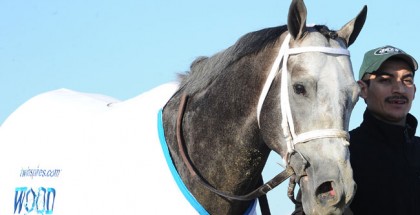 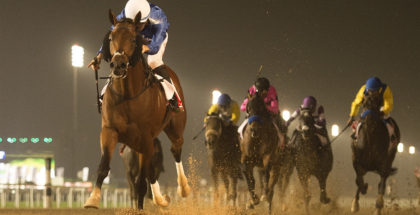