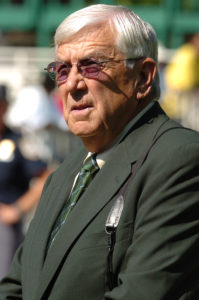 Frank Alexander, whose trainees won just under a thousand races in his career – 997 – and earned more than $28.5 million, passed away in South Florida at the age of 83. Alexander retired in 2012 after a 42-year career that included champions and a stable full of excellent runners owned by some big-name clients like Dogwood Stable and J. Mack Robinson.

Alexander was born and raised on Long Island, New York (Glen Cove). He trained for years in Maryland and then finally made Calder Racecourse in North Miami, Florida, his home base until the late 1980s when he and his wife, Linda, made the switch back to New York. For years he was stabled at Belmont Park in Barn 17 right next to the main gate 6 of the stable area. He loved that barn. He would see who was coming and going. His office window gave him a great view of all the stable gate drama, of which he noticed everything!

Alexander is probably best known for training Cherokee Run, who won the Breeders’ Cup Sprint (GI) and the Eclipse Award for best sprinter in 1994; Nonsuch Bay, who won the Mother Goose Stakes (G1) in 2002; and 1993 Super Derby (GI) winner Wallenda.

I was fortunate enough to work for Alexander, thanks to a dear friend who was his assistant at the time, Darlene LaFollette. Cherokee Run needed a groom and I was lucky enough that they trusted me with him. Alexander always had a great crew. Pete Sheldon was another one of his assistants among a standout staff. Alexander’s help never left and he had the same grooms and even hot walkers for years. We all traveled back and forth every year from New York to Florida with the stable. 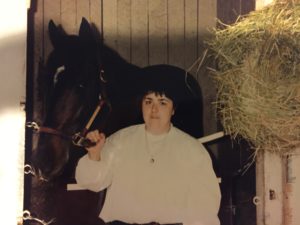 Alexander made it his business to touch and feel every one of his horses’ legs every day. He would go around the barn each day and tell each groom what to do their horses up with. He had the craziest remedies that actually worked! My favorite one was taking a sheet of cotton, splitting it down the middle and rolling it up. Then massaging the leg with witch hazel and before putting the standing bandage on, saturating that sheet cotton with the witch hazel and wrapping it around the leg. The final step was putting the standing bandage over the top of all of it. The next morning, the sheet cotton tightened up and so did the horse’s leg. If a horse had a slightly puffy anything, this little remedy seemed to help!

My first memories of the Alexander barn is from 1983 and at the time I was stabled at Calder with David Whiteley. In the area where the grooms and hot walkers parked their cars, we would have to walk past the Alexander barn. Always in the colors of his signature maroon and white, his barn was booming and busy early in the mornings.

I remember he had this real nice and honest mare named Dowery. Bred in Kentucky, Dowery was by Full Pocket out of the Vaguely Noble Mare Vaguely Royal. She raced 25 times and won 13, earning $398,677. I loved to get a glimpse of her on the track or standing outside the barn when the groom was giving her a bath. Yes, I was star struck! I remember later in her career, Alexander sent her to Belmont Park for an allowance race after she finished third in the Molly Pitcher Handicap (GII) at Monmouth Park. Of course, I made it a point to see her win at Belmont Park.

When I went to work for Alexander I was young, thought I knew more than the trainers (I sometimes still do), but I have to say I was impressed with the attention he paid to his horses. He also liked staying under the radar and not having more than a full barn of horses. He was a diehard Dallas Cowboys fan, which didn’t set well with me being a huge Green Bay Packers fan. We would have heated discussions on that. 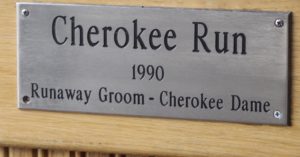 When I finally quit working for him, there were words between us and I know I wasn’t his most favorite person at that moment.

Many years later, in 2018, I saw him at Saratoga. We had a great conversation and caught up on old times. I had traveled to Saratoga to see Monomoy Girl, who was trained by my boss at the time, Brad Cox. It was an amazing experience because Alexander, a more than gifted horseman, was asking me how Brad trains. What he wanted to know was how Cox was able to oversee the number of horses he had in training and I just explained that Brad was organized, obsessed (in a good way) and he lived to win.

Alexander didn’t have the same numbers, but he and Cox were alike in that he also lived to win one race at a time.