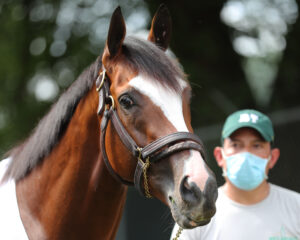 Sackatoga Stable’s Tiz the Law was installed as the 3-5 morning line favorite in a field of 18, which has now been cut down to 16 thanks to the late scratches of King Guillermo and Finnick he Fierce, entered for Saturday’s 146th running of the $3 million Kentucky Derby Presented by Woodford Reserve (GI). The 1 ¼-mile classic, which is the most watched sporting event in the world,

The New York-bred son of Constitution, who has won all four of his 2020 starts, is the lowest-priced morning-line favorite since 1989 when the entry of Easy Goer and Awe Inspiring was 3-5. Honest Pleasure (1976) and Spectacular Bid (1979) were 3-5 and Seattle Slew was the 1-2 program choice in 1977. The Barclay Tagg trainee is coming off a standout 5 ½-length victory in the Travers Stakes (GI) a month ago, the first time Saratoga’s Midsummer Derby has served as a prep for the actual Kentucky Derby. He also won this year’s Holy Bull Stakes (GII), Florida Derby (GI) and Belmont Stakes (GI).

His only loss came over the Churchill Downs main track in last November’s Kentucky Jockey Club Stakes (GII) where he finished second after a somewhat troubled trip over a sloppy track.

Regular jockey Manny Franco, who has ridden Tiz the Law in his past six starts, will return to ride and the pair will break from post position 17. So far, no Derby winner has come from post 17. Franco has two previous Derby mounts without a win. Tagg has saddled five previous starters, including 2003 winner Funny Cide. Sackatoga also owned Funny Cide. 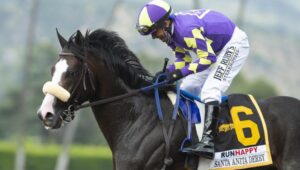 Santa Anita Derby (GI) winner Honor A. P. is the 5-1 second choice on the morning line and will break right next door and inside to the favorite from post 16. The C R K Stable colorbearer, who is trained by 2005 Derby-winner John Shirreffs, has won two of his five career starts and is coming off a late closing second in the Shared Belief Stakes at Del Mar. The long-striding and flashy son of Honor Code, who was an $850,000 Fasig-Tipton August select yearling purchase will be ridden by his regular rider, Triple Crown winner Mike Smith. Smith also rode Giacomo for Shirreffs for the victory in 2005. 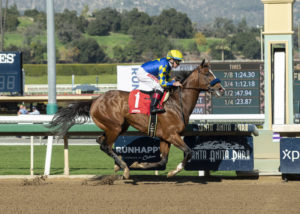 Spendthrift Farm, MyRaceHorse Stable, Madaket Stables and Starlight Racing’s Authentic is the third program choice at 8-1 coming off a nose victory in the Haskell Invitational (GI) at Monmouth Park seven weeks ago. The $350,000 son of Into Mischief has won four of five career starts, including the San Felipe Stakes (GII) and Sham Stakes (GIII) having only finished behind Honor A.P. in the Santa Anita Derby. Authentic will break from post position 18 and will carry two-time Derby winner John Velazquez. Velazquez previously won with Always Dreaming (2017) and Animal Kingdom (2011). 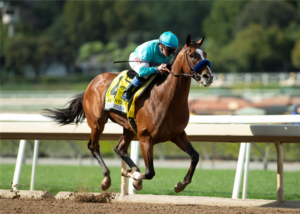 Spendthrift Farm will also be represented by another Baffert-trained runner in Shared Belief Stakes winner Thousand Words, who they own in a partnership with Albaugh Family Stables. The $1 million son of Pioneerof The Nile has won four of his seven career starts overall with one second, including the Robert B. Lewis Stakes (GII) back in February and makes his third start off a Covid-19- layoff. Florent Geroux subsitutes for regular jockey Flavien Prat, who stayed in California to pursue the Del Mar riding title, and the two will break from post position 10. If Authentic or Thousand Words wins, it would would give Baffert a record-tying sixth Derby victory, tying fellow Hall of Famer Ben Jones. His other Derby winners are: Silver Charm (1997), Real Quiet (1998), War Emblem (2002), American Pharoah (2015) and Justify (2018).

Back after sliding into the Derby win a year ago with Country House is Hall of Famer Bill Mott, who sends out South Bend for the ownership of Gary Barber, Wachtel Stable, Peter Deutsch and Pantofel Stable. Tyler Gaffalione has the mount on the 50-1 morning line runner and they drew post position eight.

Todd Pletcher, who saddled Derby winners Super Saver in 2010 and (Always Dreaming) in 2017, will send out Robert LaPenta and Bortolazzo Stable’s Money Moves. The $975,000 son of Candy Ride makes his stakes debut in the Derby after winning a maiden and first-level allowance in his first two starts before finishing second in a non-winners of two allowance at Saratoga six weeks ago. Breaking from post seven, Money Moves will be ridden by Javier Castellano.

Early Thursday, Tampa Bay Derby (GII) winner King Guillermo was scratched after developing a fever and on Friday morning, Finnick The Fierce was scratched due to a suspected soundness issue. Due to the scratches, one inside stall in the starting gate and the outer three stalls will be empty, according to the Kentucky Horse Racing Commission stewards.

The field for the 146th Kentucky Derby, presented by Woodford Reserve, with riders and morning line odds from the rail out, is: